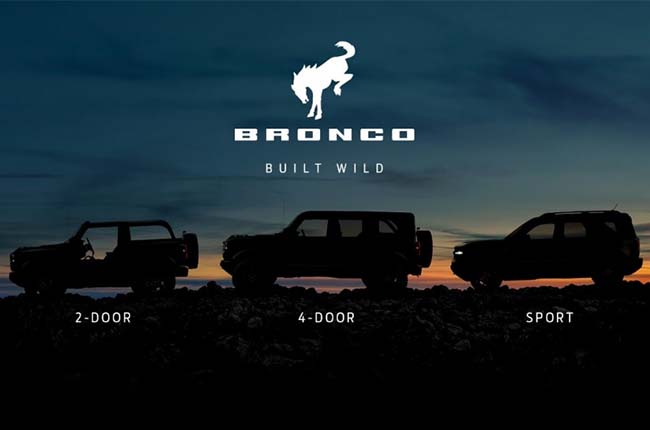 Ford is bringing back its Bronco SUV after its original launch into the automotive market back in 1966. The all-new Ford Bronco will return to the market on July 13 for its North American launch. It will also be available with three different variants, a 2 door, a 4 door, and a Sport variant. 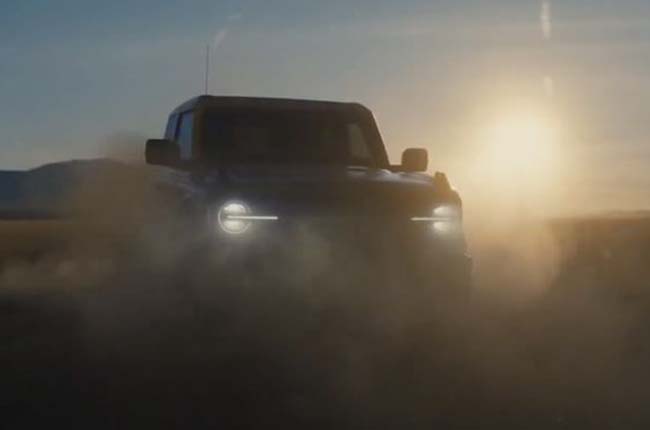 On the outside the Ford Bronco retains its classic boxy design, however, the Blue Oval has added some more modern twists to it. At the front the SUV comes with a broad and flat grille flanked on either side by circular LED headlights with a light strip that splits it down the middle. At the center of the grille, Ford has placed big Bronco badging across it making sure everyone knows you’re driving or riding in its iconic off-roader.

With off-roading in mind, it appears as though Ford has really pulled out all the stops to make this a very capable vehicle when handling rough terrain. The all-new Bronco appears to have mounts for accessories such as a high-lift jack. In the brand’s teaser video it can be seen that the all-new SUV will indeed come with a solid rear axle unlike its Ford F-150 and Ford Ranger brothers.

At the rear of the vehicle you can see a hatch-mounted spare tire, a rare sight nowadays as the spare tire is usually hidden under the vehicle, however,  it is important to note this has also been done in the Blue Oval’s entry-level crossover the Ford Ecosport. Harking back to its original form the all-new Bronco also gets rectangular tail lights at the rear, however, these now come with a C shape insert for what we assume are it's tail and park lights. Just like with the Ford Mustang it appears that the Blue Oval has chosen to go with a Retro modern design for its newest SUV.

Unfortunately, there have been no official teasers for the interior of the vehicle, however, we can expect it to share in the design language of the brand’s more recent model launches. We assume that there will be a large infotainment system at the center of the dashboard that will have the latest smartphone mirroring applications such as Android Auto and Apple CarPlay.

Not too many details were revealed during Ford’s teaser video for the Bronco, however, we can confirm that three models will be available upon launch. Two of these models will be two and four-door versions of the regular Bronco while one will be a slightly smaller version dubbed as the sport. In keeping with its off-road centered theme, the smaller variant will also be as equally at home off the road as it's much bigger brothers.

It is still unknown if Ford Philippines will be bringing in the all-new Bronco into the country knowing that a Ford Territory is on the way already. However, it is important to note that most models that launch in other countries usually take about a year to enter the local market in the Philippines. If the Blue Oval does decide to bring in the all-new SUV then it could offer off-road enthusiasts a new option to consider.