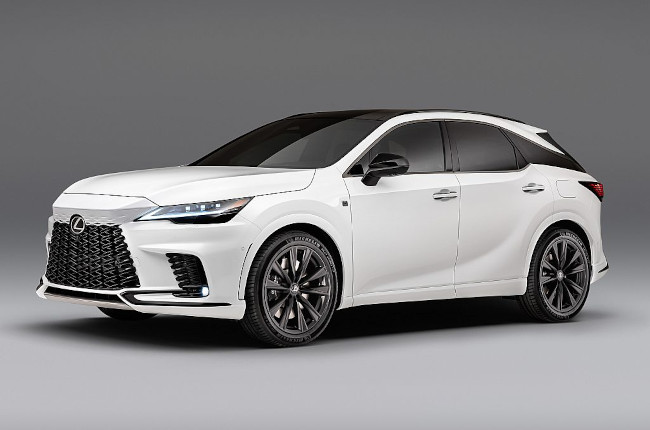 Finally, we’re past teasers and onto the whole car. Revealed for the 2023 model year, Lexus’ RX series gets a full revamp, now in its fifth generation.

The fourth-generation RX series was already a cornerstone in the segment of premium midsize crossovers/SUVs, and it’s one of Lexus’ most popular models in the Philippines. The nameplate has even spawned a seven-seat option in the lineup, following a facelift and numerous requests from customers.

So now we have the all-new RX in the metal, well technically in images for the time being. Lexus Philippines has not yet given word on when the new RX will be making its debut in the country, so we’re still holding our breaths for this new model. 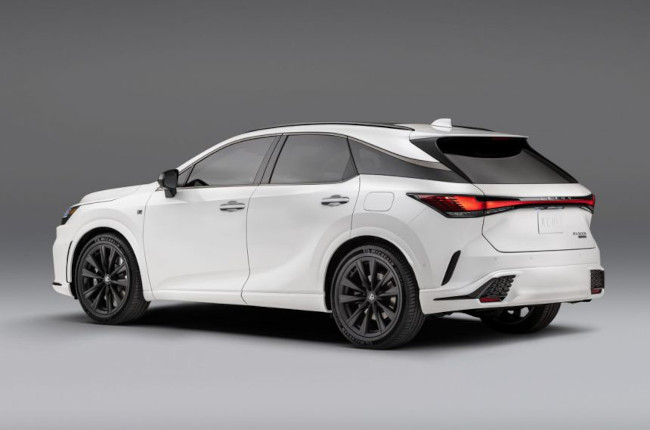 The 2023 RX has a sleeker design, and it appears to be lower to the ground compared to its predecessor. The gap between the fender and the wheels is minimized and the cladding has been colored to match the exterior hue of the body. Paired with black wheels, the RX looks like an evolved version of its former self leaning towards the sportier side of things.

The front is what Lexus teased when it let out its first few images of the new crossover. The grille now has a bit of a nose which takes away from the surface area of the large grille up front. Doing so may perplex long-time Lexus fans, but perhaps the images don’t do it justice, and seeing one in the flesh will be the best course of action if we were to hand off a verdict. 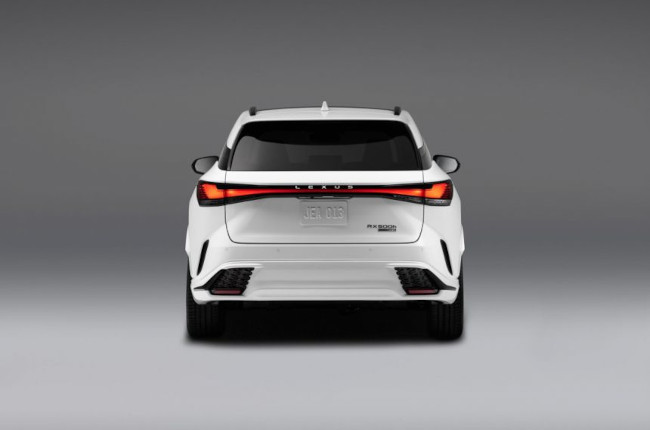 Still, the launch colorway is white and black, which leads us to question what kind of colors will Lexus field this time around? Classics like Sonic Titanium will likely be a part of the lineup, but we wonder what else would Lexus have up their sleeves?

Other than that, you get pretty much the same specs as the last generation with LEDs all around, but the rear lights are beautiful thanks to the two units joining each other towards the rear door, much like the Lexus UX. On top of that, it looks like the RX in the new F Sport Performance trim has a body kit, which makes us question how the standard models will look and how clean they will appear. 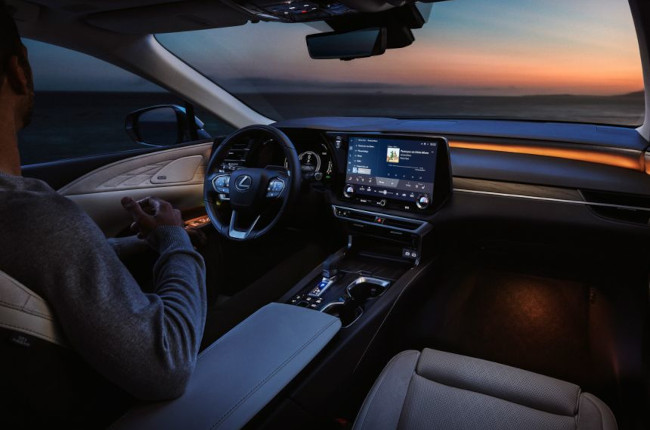 The photos that Lexus provided for the interior tell of a cabin that’s been spruced up in all the right places. The steering wheel looks new for 2023, but the biggest change would have to be the infotainment display along with a myriad of USB-C ports in place of the traditional USB-A standard. The infotainment screen also grew to a more standard aspect ratio and a size of 14-inches.

Even the side panels will get a refresh for this model and feature interesting textures and surfaces that blend well with the design motif of the Lexus brand. Every time the driver starts up the car, we reckon that they will be greeted by the all-digital gauge cluster, at least for the ‘F’ trims, while Lexus might keep the analog speedometer and tachometer for the standard variants in the lineup. 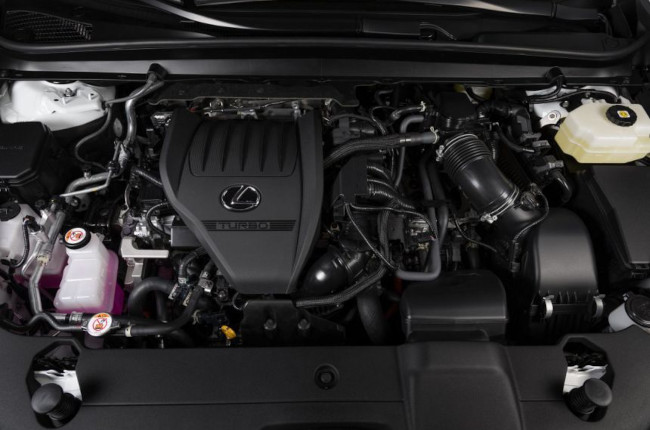 As for what’s under the hood, Lexus will no longer be fielding the 2GR series of motors in the RX which essentially means that the brand will be moving away from the naturally-aspirated V6 line of motors. The 3.5-liter six-cylinder is a favorite among Lexus fans, even if it does guzzle quite a bit of fuel. To rectify this, Lexus has gone Hybrid with the 450h variants, but perhaps the brand could do well with its new mill.

Then for the F-Sport Performance variants, Lexus will be calling it the RX 500h F Sport Performance, and we know, A hybrid for the sportier model? Before you jump to conclusions, remember that Toyota’s been making Hybrids for Le Mans and winning at that, so there is some merit to the madness of selling a sporty hybrid crossover. Not convinced? Try 366 hp and 550 Nm of torque. The new RX 500h will be more powerful than the fourth generation’s RX 350 F Sport, and the hybrid variant is capable of a 0 to 100 km/h time of just 5.9 seconds. The transmission in this variant will be a 6-speed automatic.

Lexus, however, hasn’t forgotten about fuel economy, so there is something for everyone in the RX lineup. A 2.5-liter gasoline engine will come with the RX 350h. While it is naturally aspirated, it still is quite powerful thanks to the help of the electric motor. Combined, the power figure is 245 hp and 316 Nm of torque which is still plenty for city and highway driving. While the F Sport Performance trim focuses on speed, this powertrain can clock in up to 14 km/L according to Lexus, and its motor comes paired with a CVT for maximum fuel savings. The 0 to 100 km/h in this variant is at 7.4 seconds, which is on par with the standard 2.4-liter turbo variants.

The incoming model will get the Lexus Safety Sense 3.0 package which includes a pre-collision system, pedestrian detection, dynamic radar cruise control, lane departure alert, steering assist, and an emergency driving stop system. Expect the complete list of standard passive safety equipment as well which includes, but is not limited to ABS with EBD, traction control, stability control, as well as a full suite of SRS airbags.

This may be the first time in a while that the Lexus RX series will receive a notable price increase. On top of being a new model, the RX will no longer come with a large-displacement engine, making it disqualified from JPEPA. The smaller engine could make the model more expensive for buyers as a result.