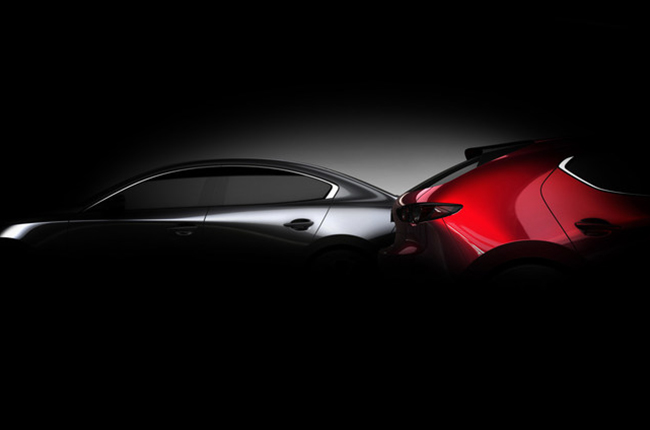 Mazda has been surfacing teasers for its upcoming Mazda3 since 2017. If we’d recall, just last month the brand has released a video teaser, highlighting some areas of its latest Kai Concept based body styling, also announcing that a New Era awaits the brand this November. Now it is made official that the Mazda3 shall make its world premiere at the Los Angeles Auto Show, an event open to the public respectively from November 30 through December 9, 2018. 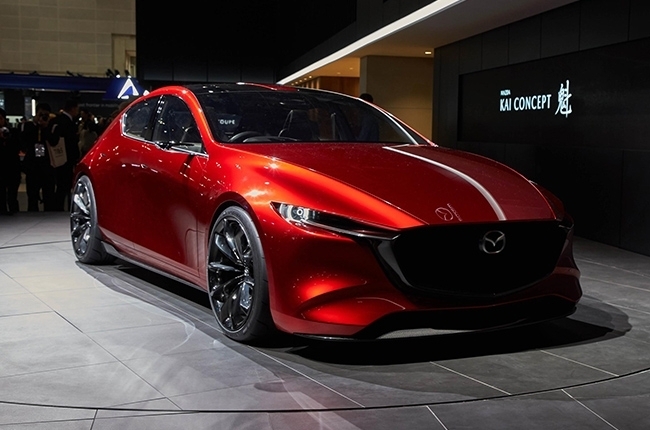 The upcoming Mazda3 is perhaps one of those revolutionary products of the brand. Known for crafting its cars as if it were like a form of art, with exterior styling amplified. It’s still supporting the brand’s Kodo Soul of Motion design language, enhanced through a more matured presentation based on its Kai Concept (images above). This retains the brand’s benchmark for drooling Japanese aesthetics.

Also, the brand didn’t forget its performance attributes. With the impending release of the next-generation SkyActiv-Vehicle Architecture, promising a sense of improved balance and driving pleasure. Also, a range of new Skyactiv engines awaits, perhaps this could also include the brand’s SkyActiv X – a revolutionary science in gasoline engines that uses Spark Controlled Compression Ignition (SPCCI). In a nutshell, the SkyActiv X engine utilizes compression combustion and spark-plug ignition at the same time.

A much-awaited model by many perhaps, despite the following revolutionary phases it has gone through, the Mazda3 has garnered so much popularity from its previous generation. It has an esteemed fun-to-drive character paired up with a finely-crafted exterior and interior. With its latest model coming up, Mazda wishes to continue to please its consumers through maintaining and improving all those aspects known for the brand. Perhaps this is indeed a new era for Mazda, something that is indeed worthy of our anticipation.

With the all-new Mazda3 up for reveal, it will only be a matter of time before Mazda Philippines brings it here. And so, the countdown begins.