Audi seems to not be fooling around when it comes to electric vehicles (EV). Just look at the PB18 e-tron concept, as if it seriously wants to bring wrath on the track. This vengeful-looking electric shooting brake—a station wagon featuring a stylistic approach of a coupe—debuted at Pebble Beach, California.

Related: The covers are off Audi’s all-new TT and TTS coupe

While e-tron is a badge given to Audi’s EVs and hybrid cars, PB18 is a new model name from the German marque. It’s a product of putting together two things that’s significant to the creation and launch of the all-electric shooting brake. PB stands for Pebble Beach, where the EV made its world debut. The “18”, on the other hand, was from the R18 e-tron LMP1 race car, which it shares the same technological DNA – not ‘2018’ as what you might think in the first place. 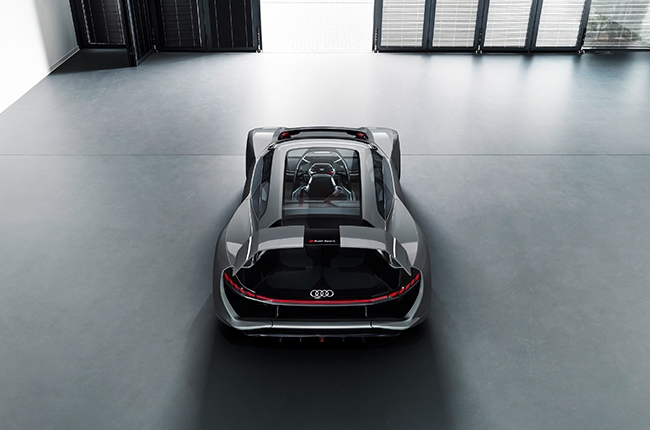 The design concept is captivating; it’s what an angrier R8 that underwent drastic evolution would look like. The headlights are kind of like the ones on the R8, only slimmer and more peering. You’ll find a more expressive ‘Singleframe’ hexagonal grille, as well as complexly-designed side vents on the fascia. We could safely say that the car’s in the level of being a masterpiece, however, the great thing about it is it doesn’t have to be hung on a wall.

“We want to offer the driver an experience that is otherwise available only in a racing car like the Audi R18. That’s why we developed the interior around the ideal driver’s position in the center. Nevertheless, our aim was to also give the PB18 e‑tron a high degree of everyday usability, not just for the driver, but also for a potential passenger.”
Gael Buzyn
Head of the Audi Design Loft in Malibu

The front profile of the car won’t give its real identity right away. It’s when you view it on the side that you’ll find out it’s a station wagon with two doors – a shooting brake. Not only that the wheels are huge, 22 inches to be exact, but the roofline carries this distinct coupe silhouette which makes the car look low and sleek. There are also these large air inlets found at the rear quarter panels to wrap it all up. 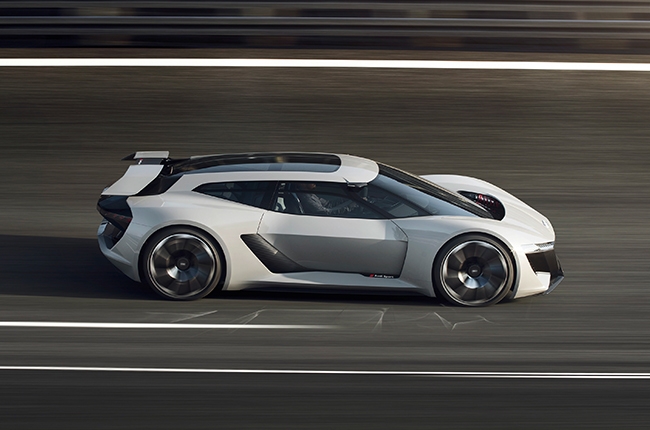 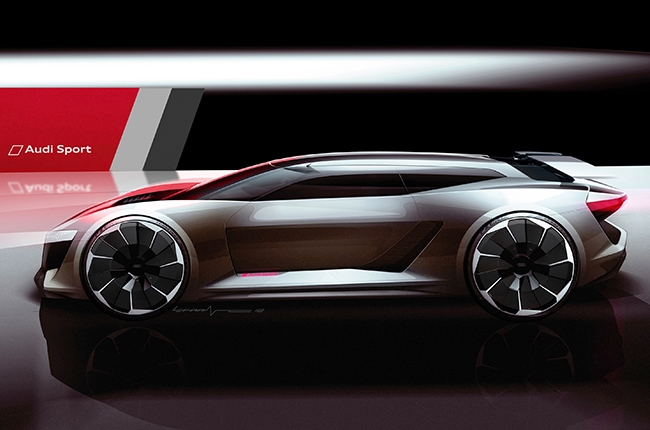 A futuristic exterior design demands a futuristic cabin and, heck, the PB18 e-tron has just that. To ensure that the car will highlight the driver as the center of the entire cabin, the PB18 e-tron features a moveable cockpit – an inner monocoque shell similar to a fighter jet cockpit. You read that right, you can slide the cockpit left or right depending on how many passengers there are.

When driven solo, the cockpit can be positioned at the center, giving you an R18 e-tron-like driving experience. The innovative function of the cockpit is made possible through the use of the steering and pedals’ by-wire design, where both use no mechanical connection. This further enhance the seating configuration based on the driving needs, whether on public roads or the track. 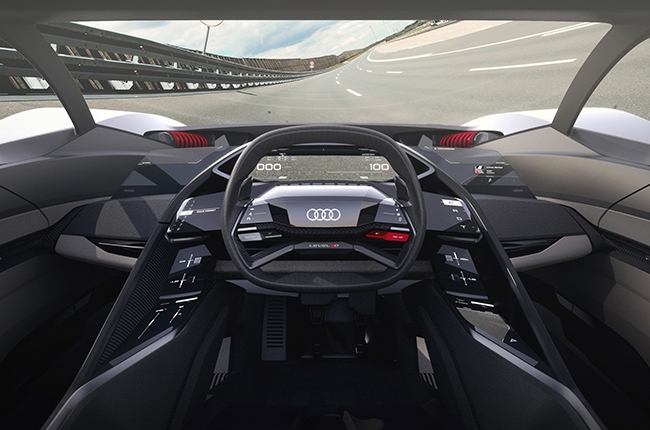 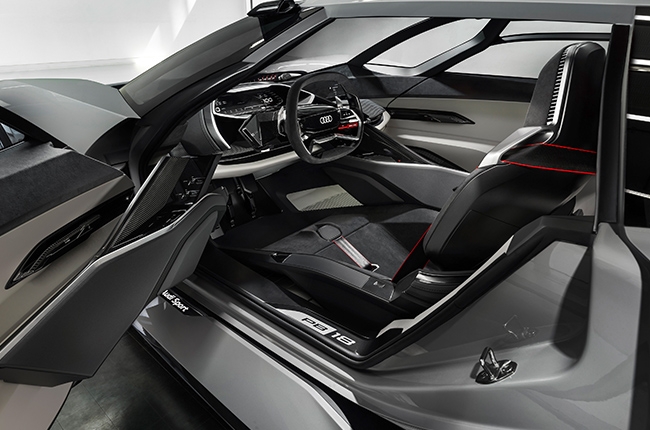 Considering that this concept car is inspired by motorsport, we can all expect a strong track-bred DNA. It observes a mid-engine sports car layout with the cabin located forward. It has a center of gravity found between the seat and the rear axles and a total weight of not less than 1,550 kg. This was achieved by using combined materials of aluminum, carbon, multi-material composites, and a light solid-state battery.

The PB18 e-tron measures 4,530 mm long, 2,000 mm wide, and 1,150 mm tall, with 2,700-mm wheelbase – an identity of classic sports car in the early years of motorsports. Moreover, the suspension system is heavily influenced by the LMP1 class’, so carving in and out a tight turn will be as enjoyable as when you’re inside the R18 e-tron, or close at least. When we first said ‘serious’ at the beginning of this article, we meant three powerful electric motors inside one shooting brake body. You’ll find one motor up front and two at the rear, between the steering knuckles. Together, these produce 671 hp (500 kW); 201 hp (150 kW) on the front, while 469 hp (350 kW) at the rear. Torque is at 830 Nm and acceleration from zero to 100 km/h is around 2 seconds. 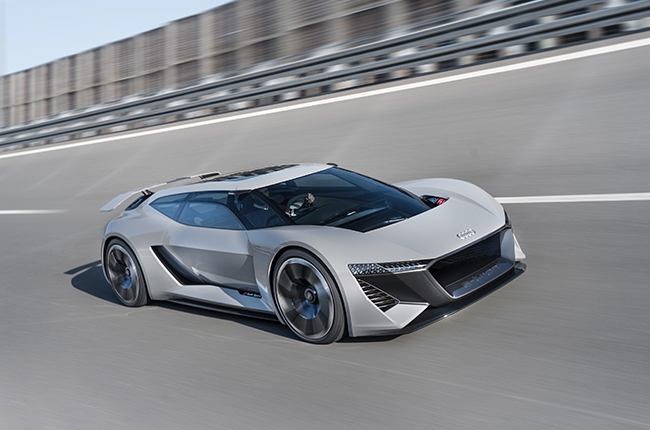 However, the talk in power nowadays often comes with how efficient the car is. With regenerative capability, the PB18 e-tron can regenerate vast amount of energy while being driven even up to moderate braking. That’s because the motors are responsible for decelerating the vehicle, as hydraulic brakes only take over during heavy braking.

In addition, the PB18 e-tron concept boasts in a liquid-cool solid-state 127-hp (95 kW) battery than can be fully recharged in 15 minutes under 800 volts. Range covers 499 km when it’s fully-charged.