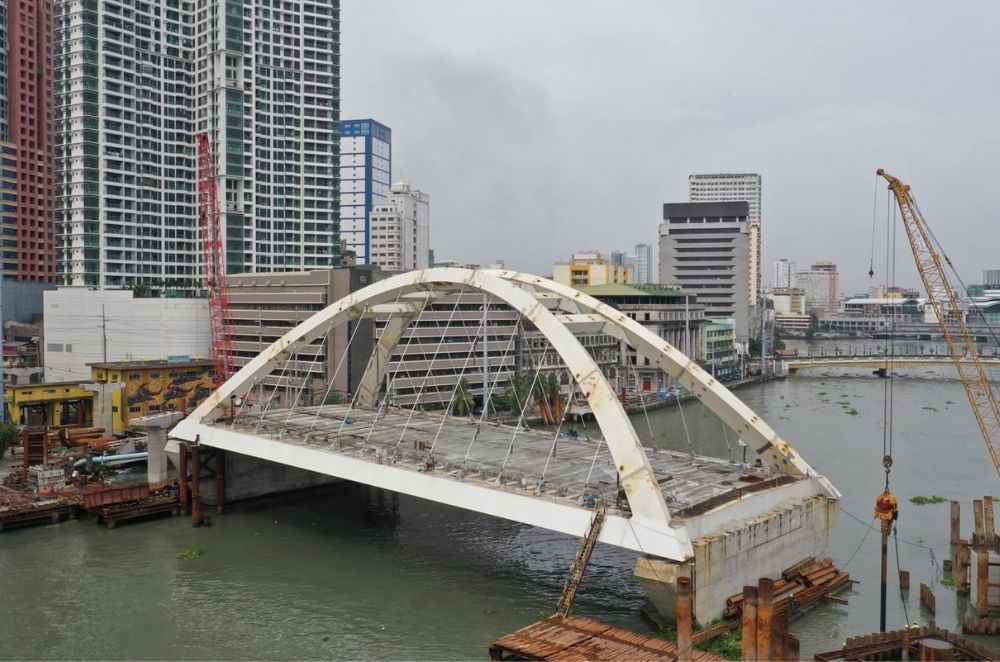 Driving between Chinatown and Old Manila could soon be quicker and easier, as the Binondo-Intramuros Bridge could reportedly open to the public in the first quarter of 2022.

Last Saturday, the Department of Public Works and Highways (DPWH) disseminated a media release on the new bridge project. DPWH Undersecretary for Unified Project Management Office (UPMO) operations Emil K. Sadain announced that the project, which is being built on top of the Pasig River, is about 81% completed.

Work on the bridge is in full swing as the DPWH aims to bring the bridge to the people as quickly as possible. Upon completion, the bridge is expected to cut travel time between Binondo and Intramuros and service up to 30,000 motorists daily. The project is one of several that are currently in the pipeline.

Related: DPWH is looking at the construction of three new bridges across the Marikina River 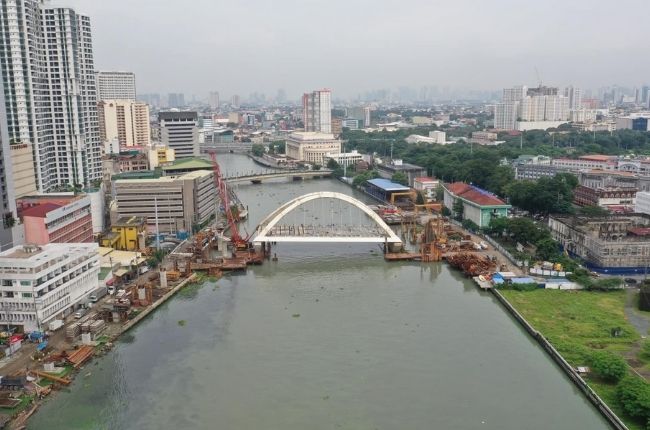 The Binondo-Intramuros bridge is a P3.39 billion project that spans 680 meters and is being constructed with basket-handle tied steel arches. When finished, it will connect Binondo and Intramuros in three ways. On the Intramuros side, two openings will be available via Solana Street and Riverside Drive. The Binondo side will connect through the San Fernando bridge.

Considered one of the agency's flagship projects, the DPWH is confident that the Binondo-Intramuros bridge will be completed on time. The bridge's remaining components are currently being readied, and operations are seen to accelerate soon.

The steel box girder component from Shanghai, China, could arrive before the end of October to further bolster work on the project. As seen in the photos, only the on and off-ramps are missing structurally. With the Binondo-Intramuros Bridge starting to take shape, motorists could soon be enjoying another way to traverse the busy streets of Manila. The nation's capital would benefit from this boost in infrastructure, and it could take the city one step closer to regaining its former glory. In any case, we'll see how the bridge looks when it opens to the public in early 2022.