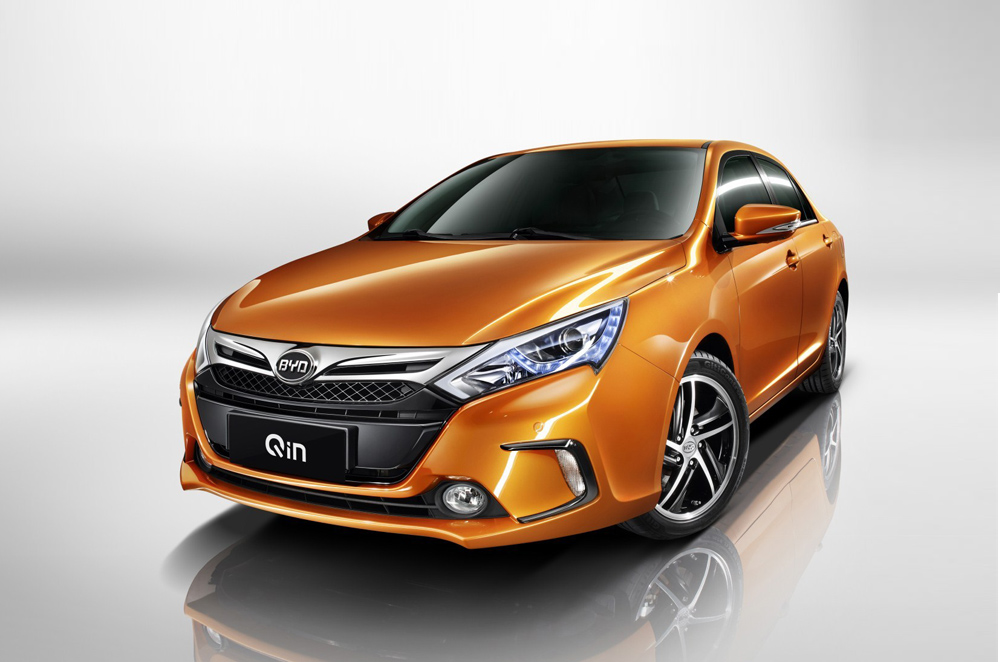 With the rising concerns over the environment and fuel prices nowadays, the next best alternative for car consumers is the EV (Electric Vehicle). Knowing this, BYD Company, Ltd. introduced products that made EVs accessible to a broader market. These efforts paid off with them leading this year’s Global EV Rankings with a total of 43,069 EV units sold.

This milestone placed the Chinese automaker at the top of the ranks from their 7th position last year, representing a 222% increase in EV sales performance. BYD outperformed Nissan which came in 2nd, followed by Mitsubishi in 3rd , and known EV manufacturer Tesla in 4th.

Playing a big part in this upsurge is their flagship model, the BYD Qin Plug-in Hybrid Electric Vehicle (PHEV) sedan. Regarded as their best-selling EV model, the Qin which features a 1.5L 4-cylinder turbocharged gasoline engine and a BYD Fe Battery-powered electric motor can produce a combined 300 hp and 440 Nm of torque output. Best part is that when fully-charged, the Qin can reach a total distance of 70 kilometers before running low.

Another factor in their success was the debut of their 2nd EV model called the BYD Tang SUV. Introduced in June 2015, the Tang represents a step forward in the brand’s 5-4-2 strategy. This strategy has 3 parts with the “5” meaning the vehicle’s ability to sprint up to 100 km/h in under 5 seconds, the “4” meaning that it comes with 4WD, and the “2” signifying its fuel efficiency of 100 kms in less than 2 L of fuel.

But BYD won’t be stopping there. Soon, they’ll be launching yet another EV SUV model called the BYD Song. Having its gasoline variant already hitting Chinese roads, the Song’s EV variant will come with a 1.5L 4-cylinder turbocharged gasoline engine and a pair of electric motors that power the vehicle’s left and right wheels, making it a 4-wheel driven SUV.

They’ll also be following it up with an early 2016 launch of the BYD Yuan, another EV SUV which will showcase a similar PHEV powertrain found in the BYD Song.

Lastly, these above-mentioned BYD EV models serve as starters for the brand’s ambitious 7+4 strategy, otherwise known as the “new energy vehicles” strategy. This aims to 1 day make all types of transportation run on electric power. The “7” stands for conventional vehicles like passenger cars, taxis, and buses. Meanwhile, the “4” signifies purpose-built off-road vehicles such as those used in warehouses, mining, and airports.