The Covenant Car Company Inc. (TCCCI) the local Chevrolet distributor in the Philippines has announced that it will be launching another new vehicle to further bolster the Golden Bowtie’s lineup in the country. This time, it will be another crossover but with a popular name. Chevrolet Philippines will reportedly be launching the new Trailblazer in October 2021. While the previous iteration of the vehicle was a 7-seater SUV that was powered by one of the most powerful turbo diesel engines in its segment, the newest version has been trimmed down and is now a 5-seater crossover instead. It is important to note that the SUV version of the Trailblazer has been quietly phased out of the automaker’s local lineup. However, unlike the previous version which was based on the previous generation Isuzu mu-X, this new model will have a completely new platform and will come from China.

One thing to note in the Chinese market, there is a Trailblazer nameplate on sale and it is a 7-seater. The new model doesn’t have a diesel motor under its hood but is instead a hybrid. This might cause some confusion if Chevrolet Philippines decides to name the new 5-seater crossover the Trailblazer. An alternative that they can do is to give the new 5-seater crossover a different name to avoid confusion.

For its exterior design, the Trailblazer will look similar to its Chevrolet Tracker brother that is available locally. It will reportedly come with a dual-layer LED headlight set up with the top housing the daytime running lights and the bottom containing the actual headlights. Similar to its smaller crossover brother the Trailblazer will also receive a large grille, a sporty bumper, as well as black body cladding to match its muscular wheel arches. 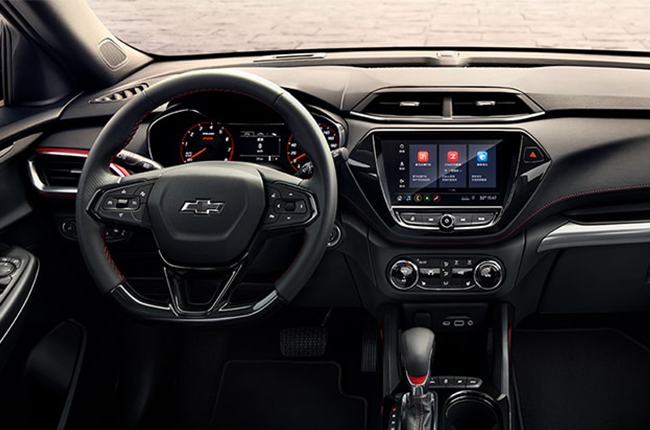 The exact details of the new Trailblazer are still sparse for the Philippine market, however, reports have stated that the crossover will be getting a turbocharged 1.3-liter 4-cylinder motor as its main powerplant. It will reportedly produce 162hp and 420 Nm of torque and will either come with a 9-speed automatic transmission or a CVT.

Pricing for the vehicle is estimated to start at around the P1,488,888, as to which variant this price tag will belong is yet to be known. For now, we will have to wait for an official announcement to come from Chevrolet Philippines to reveal more details about the upcoming crossover.