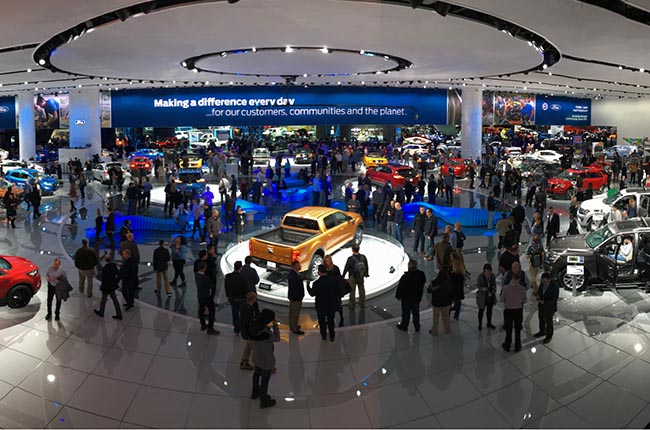 The Coronavirus pandemic has brought the world to a halt. Anything not related to food, health, water, and other basic utilities have been canceled or rescheduled in the meantime. The automotive industry is also affected by this as car-related events and all-new model launches have been canceled or moved to different dates. To adapt to the situation automotive brands have also opted to go for online launches instead. One such major event that has been affected by the global pandemic is the Detroit Motor Show also known as the North American International Auto Show (NAIAS). The event has been canceled in favor of making the event venue a field hospital for COVID-19 patients instead.

The original dates of NAIAS were supposed to be from June 9 to June 20, 2020, but in light of the pandemic, these have been moved to next year with the show dates scheduled to be on June 11 to 26, 2021 paired with other events. The auto show serves as the launchpad for many American automakers, which includes the likes of Ford, General Motors, and Fiat Chrysler. With the show being canceled this year, all of these automakers have shifted their efforts to the production of helpful goods such as personal protective equipment, ventilators, and other protective gear instead.

The move to cancel the show was done by the United States Federal Emergency Management Agency. (FEMA) The duration in which the venue will be used as a field hospital is said to last for about 6-months hence the need to cancel NAIAS and to move on with plans for next year's show. FEMA has chosen the TCF Center in Detroit as a field hospital due to its location and its ability to augment the area’s already overwhelmed hospital network. If more patients are needed to be taken care of the large convention center will be more than up to the task.

With the pandemic yet to be curved, it looks like it will take the automotive industry a bit of time to get its momentum going again. In the meantime, automotive brands are shifting their efforts to health and public safety.