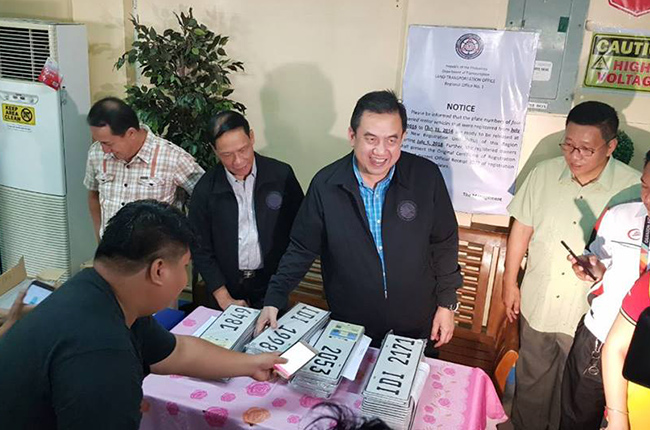 Good news to all vehicle owners with pending license plate releases, the Department of Transportation (DOTr), through the Land Transportation Office (LTO), will be releasing vehicle plates to automotive dealers and owners today. The plates are for vehicles that were registered in July 2016.

Related: How to renew your car’s registration

If you are one of those who registered their cars in July 2016, you may now claim your plates at the Authorized District Office (ADO) or through your respective dealer. Meanwhile, if your car is registered in the succeeding months of 2016, LTO Assistant Secretary Edgar C. Galvante said that plates are already being shipped to the Regional Offices as of the moment. These will be distributed to ADOs and dealers after being shipped.

Tugade recognizes the outcry of the general public. He said on another statement that even he himself wouldn't be amused by the waiting time motorists suffer from despite their diligence in paying fees.

As of July 4, 2018, the LTO Plate-Making Plant already produced 231,332 pairs of vehicle license plates since it began operating in April 2018. DOTr claims that these are enough to cover the July and December 2016 requirements. Yet, despite this, Asec. Galvante handed out a disclaimer by saying that the release will be gradual, which will be announced in full detail in the succeeding months. 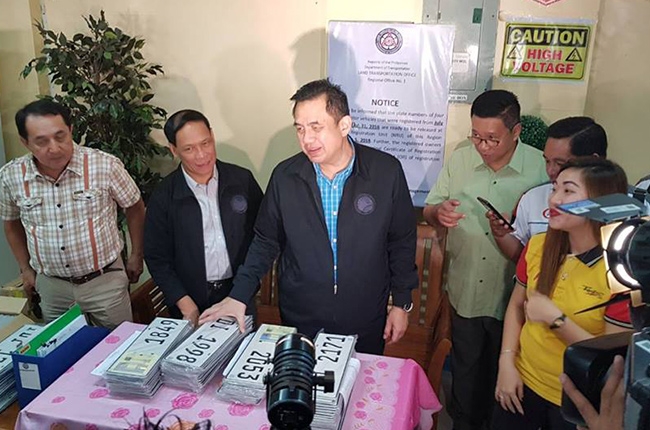 Sadly, vehicle owners who've had their cars registered before July 1, 2016, will not receive their plates. This is because the respective plates will come from a different supplier as they were under a different contract – the subject of the Commission on Audit (COA) disallowance.

For motorcycle riders with pending vehicle license plates, Asec. Galvante assures you that the plates will be issued as soon as the Bill for the differently-sized plates is passed.