From dim gas lamps to bright Xenon/LED beams, headlight technology has come a long way since the early ages of the automotive industry. To highlight this, Ford Motor Company released a photo series showing the difference between headlights from more than 100 years ago to present time.

The difference is fascinating; the Model T’s manually lit up acetylene lamps could barely illuminate the road ahead, moreso the cyclist. On the other hand, the Mustang’s Xenon headlights light up the cyclist and its immediate surroundings (talk about technological advancements). 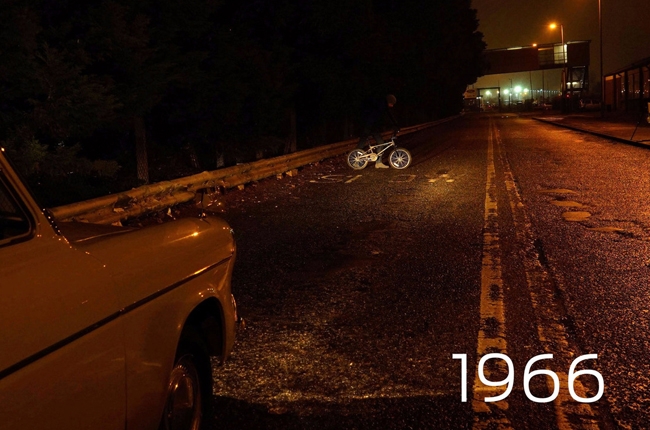 We have gone from what were essentially glorified candles to efficient and effective xenon and LED lights. In the future we’ll see more super-bright LED lights equipped to cars, which can actually help drivers remain alert. Visibility at night is now so much better. Like night and day,” said Ford light research engineer Michael Koherr.

Today, more and more vehicles are being fitted with LED headlights to better illuminate the road ahead. According to Ford, these types of lights have around 3 times more output compared to halogen bulbs, which were invented in the 1900s.

But Ford doesn’t want to stop there. According to Koherr, the American brand is developing new spot lighting technology. This will make use of infra-red cameras to help driver's spot objects in the vehicle's path, such as people or animals, up to 120 meters away.