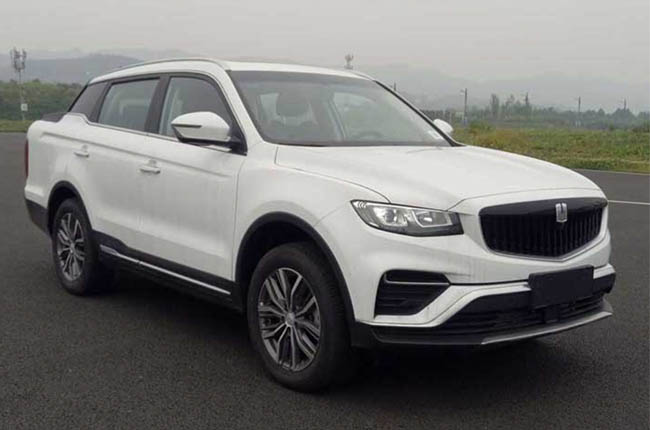 Geely, at least its sub-brand, Farizon, is set to launch a Geely Azkarra-based pickup truck soon. Photos of the vehicle were already making the rounds on the internet as early as June of 2020. At the time, however, the vehicle was only considered to be rumors and nothing was confirmed. Now, however, thanks to leaked photos from the Chinese Ministry of Industry we now know what the vehicle will look like.

Dubbed the Farizon FX, at the front it's pretty much the same as the Azkarra up until you reach the C-pillar where it slowly shifts into a sports bar that stretches out to the bed. While the bed itself is small it's still substantial enough for its intended market. In terms of pickup’s Geely and Farizon are no strangers to the segment. Farizon, while an unknown brand has been making commercial vehicles for some time now, although these were electric vehicles and not full-blown gasoline-driven pickups. The brand has already had a mid-size pickup of its own in the form of an electrified and rebadged Chevrolet Colorado. While it did sell well it still wasn’t an original product of their own. With the introduction of the Azkarra based pickup this could be the game changer the brand needs in order for it to go mainstream.

Dimensions for the pickup come in at 4905mm in length, 1831mm width, 1713, in height and it is rumored to have a wheelbase of 2670mm. For the bed itself, it measures in at 1125mm in length, 1230mm in width, and 460mm in height. While it isn't class-leading by any means it still gets the job done as the pickup is aimed at being more of a lifestyle vehicle than an actual workhorse. It is important to note that with its dimensions the upcoming pickup is actually smaller than its contemporaries. The inside of the vehicle will also look similar to that of the Azkarra that it's based on. It will carry the same features and premium looking interior as well.

Powering Farizon FX could be Geely’s 1.8-liter turbo diesel motor that has been upgraded to produce 184hp. It is important to note that the diesel powerplant normally pushes out 174hp and 300 Nm of torque. With the FX gaining a bed the much-needed increase in power is more than welcomed.

If the Farizon proves to be a success when launched in its home country then it could very likely make its way into the Philippines. If it makes its way into the local automotive market Geely Philippines could have another bestseller on its hands aside from its planned lineup of vehicles that are waiting to stake a claim in the local market. For now, at least all we can do is wait for its official launch and give the vehicle time to be received by the buying public.