After Motor Image Executive Director Glenn Tan confirmed that an all-new Subaru XV is Philippine-bound by Q3 of 2017, we now know what to expect in the Japanese marque’s compact crossover. That all-new Subaru XV has been unveiled at the 2017 Geneva Motor Show, along with all the details that its fans and future buyers would want to know.

Although, its fascia is far from the concept that was revealed last year at the same motor show. See below. The exterior design changes on the 2018 Subaru XV are subtle. In fact, they’re so subtle, you can play a game of ‘spot the difference’ between the current local model and the upcoming one. In case you’re having a hard time, here’s a cheat sheet for you. Up front, the headlamps are slightly revamped and got LED daytime running lights (similar to Subaru Legacy’s) but retained the hawk-eye shape. The hexagonal grille is still there but the beehive design has bigger gaps, making them more visible at a distance. On its side, the all-new XV almost retains its shape (except for the more protruding bonnet) and the ample 220mm ground clearance, making sure that it’s ready for off-road duties. Plus, if you’re a fan of the XV’s rims, you’ll be delighted as it still has a geometrical design, albeit, slightly changed. At the rear, the most distinguishable update is the taillight shape, which is now slimmer and sleeker than the outgoing model.

Overall, the exterior changes aren’t that profound, but as they say, if it ain’t broken, why fix it? Notably, though, 2 new colors are available to the 2018 XV: Cool Gray Khaki and Sunshine Orange. Inside the all-new Subaru XV is where most of the aesthetic changes were made. The dashboard layout has been revamped – from the clean and elegant appeal of the predecessor to the sporty and sharp design of the upcoming model. The orange stitching did the trick, which is visible throughout the entire cabin.

The size of the steering wheel has been reduced as well, which Subaru claimed to be for easier maneuverability and snappy steering. To top it all, a bigger 8-inch touch-screen display is in place to serve as the infotainment system. 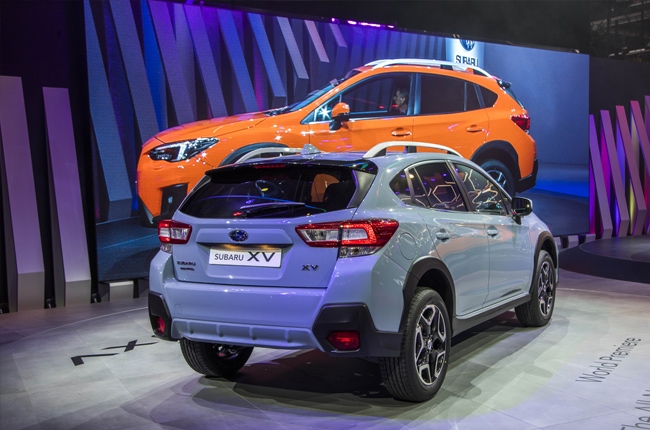 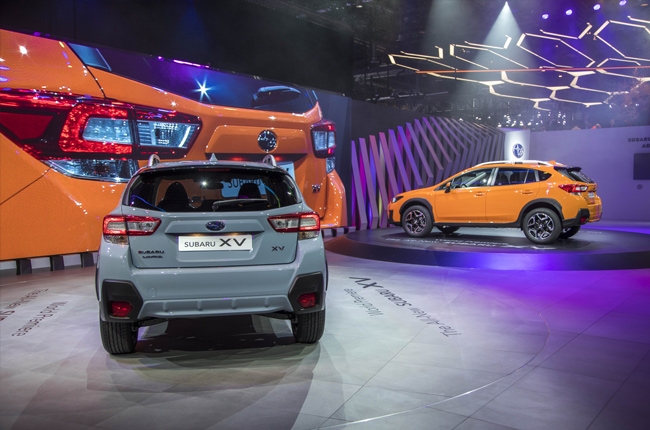 As for the things you can’t see, Subaru gives the all-new XV a lot of updates that increases its drivability and safety. This is together with the adaptation of Subaru’s new global platform – seen on the all-new Subaru Impreza.

First off, the 2018 XV’s torsional rigidity is increased by 70%. Its suspension has also been improved to achieve a lower center of gravity, which in turn gives high steering response. This is without mentioning that the steering gear ratio has been reduced from 14:1 to 13:1. Moreover, the rear stabilizer is also now mounted to the body to reduce the body roll by 50%.

Next, the all-new XV’s Symmetrical AWD system is improved with the introduction of X-MODE – a feature that’s available in the bigger Forester. With this, the driver is now equipped with assistance by controlling the car’s engine, braking, and 4-wheel drive capabilities. This is to be able to conquer various surfaces such as rough roads. 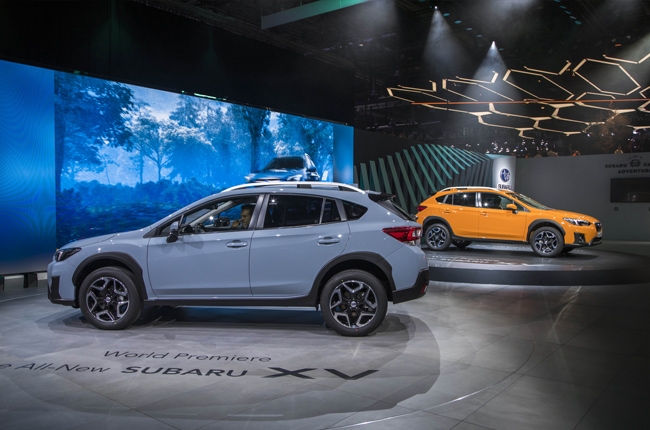 For the engine, the 2.0L direct injection Boxer engine is revamped by Subaru, claiming that 80% of its parts is newly developed to make it 12 kg lighter to deliver more power and fuel efficiency. The weight reduction extends to the Lineartronic CVT transmission, which shed about 7.8 kg. And to make things more exciting, a 7-speed manual mode feature is available for needed acceleration. Although, power ratings is just slightly bumped to 156 hp and retained at 196 Nm of torque.

A monocular camera is also in place in the rearview mirror to detect oncoming vehicles and switch the headlights between high and low beam as needed. Lastly, the all-new XV has rear vehicle detection that offers blind spot detection, lane change assistance, and reversing aid.