It’s finally here, and it’s not like any other Civic Type R before. You may have seen its prototype version last year, however, the performance version of the Honda Civic is back with more flair and badass-ery that you can get from a Type R.

Its character lines and accessories aren’t far from the Satin Gray prototype but somehow, the white production version of the Civic Type R looks better because it’s, well, white. Who would’ve thought that the cleanest of all color schemes would suit a car that you would want to do all the dirtiest things you can imagine?

But, that’s just us. When it comes to looks, everything should be taken with a grain of salt. 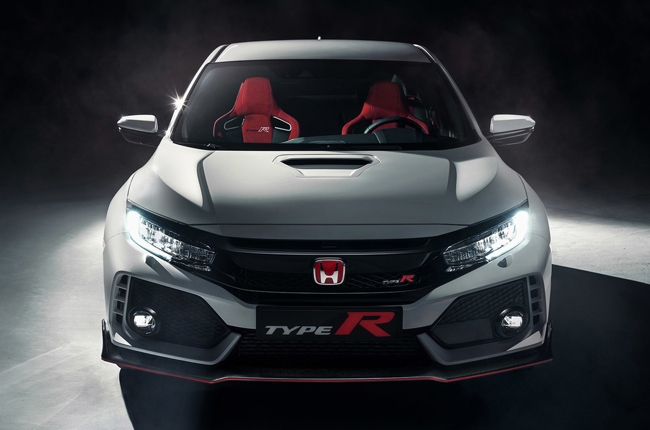 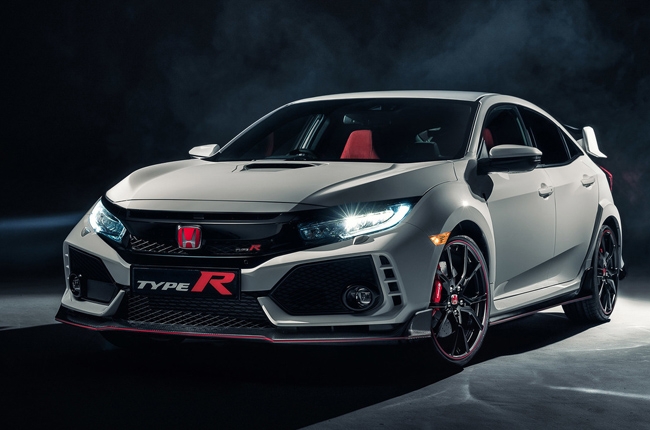 Its front fascia is adorned with mesh grilles and a hood vent at the center. A red horizontal line accentuates the carbon fiber splitter, not to mention the iconic red ‘H’ badge that’s crowning the wing grille. It’s the passport for exclusivity, making you a legit, rightful owner of a Civic Type R. Oh, shots fired.

Turning it on its side, its huge 20-inch aluminum wheels is also accentuated with a red line, as well as the skirts. A new spoiler, along with the shark’s fin antenna (and other small fins), adds more character to its aggressive styling.

The rear end is just like the front – mesh, carbon fiber, red ‘H’ badge. However, 3 centrally-positioned tailpipes is present to further heighten up its appeal.

Enough of the boring part. Aside from the performance upgrades like 38% increase in torsional rigidity, enhanced steering response, and cornering stability, the 2017 Honda Civic Type R is powered by a new US-built engine.

The 2.0-liter DOHC, direct-injected and turbocharged i-VTEC inline 4-cylinder engine is capable of producing 306 hp and 400 Nm of torque, making it the fastest and most powerful Civic Type R yet. And guess what, it’s mated to a (drum roll please) 6-speed manual transmission. As for its cabin, it has the usual red-filled interior color scheme, commonly seen among the previous generations of the Civic Type R. What’s new, though, is the 7-inch display touchscreen head unit with Honda Navigation system. It’s compatible with Apple CarPlay and Android Auto, which is then connected to a 540-watt 12-speaker sound system. Your next dilemma is whether to hear the engine growl or to listen to high definition music. Tough choice.

The Honda Civic Type R will be sold in the US (for the first time) by June. Now the question is, will this ever set foot in the Philippine soil? Let’s all cross our fingers.