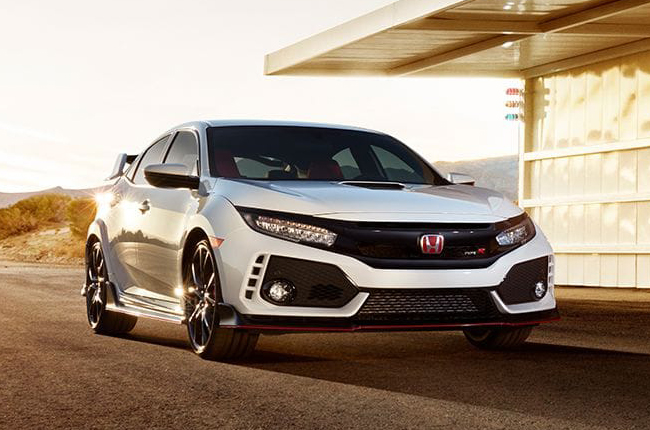 After making its debut at Geneva last year, Honda Cars Philippines, Inc. (HCPI) confirmed that the Civic Type R will be at the 2017 Manila International Auto Show (MIAS).

The 5-door hatchback version of the latest Civic features a muscular front highlighted by honeycomb grilles, a diffuser, and a wider fender. Meanwhile, the rear gets a huge wing, 3 exhaust pipes in the center, and similar themed honeycomb grilles. The Civic Type R will come standard with 20-inch aluminium alloy wheels. Under the hood, the vehicle is equipped with a 2.0L DOHC turbocharged VTEC engine that delivers 306 hp and 400 Nm of torque, making it the fastest and most powerful Civic Type R to date. In case you’re wondering, the engine is mated to a 6-speed manual transmission.

However, HCPI has yet to announce if the the Civic Type R will be sold here in the Philippines.

Aside from the Type R, HCPI will launch the Civic sedan Modulo, BR-V Modulo, and the HR-V Mugen at the 2017 MIAS. HCPI added that they will display an exclusive version of its subcompact sedan called City MIAS Edition. How exclusive? This special variant will be limited to just 8 units, which will be on sale at the said event.

The 2017 MIAS will happen on March 30 to April 2 at the World Trade Center in Pasay City.