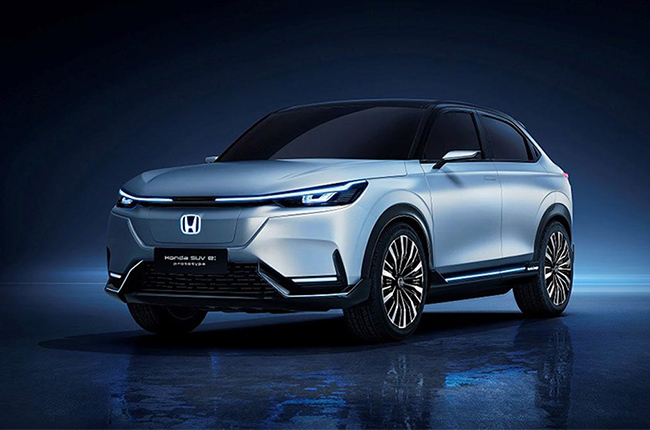 Honda Motor Company seems keen on showcasing what it can do in an electrified future as it teases its new Honda SUV e:prototype. The Japanese automaker revealed the concept vehicle at the 2021 Auto Shanghai motor show and is part of the brand’s push to introduce 10 Electric Vehicles into the Chinese market in the next 5 years. The concept vehicle also goes in line with the brand’s goal of going carbon neutral by 2020. Its push for a cleaner future can also be seen in the numerous hybrid that the Japanese automaker has been releasing. Recent examples of this are hybrid versions of the Honda City as well as of the Honda CR-V.

While the vehicle itself has a few design changes from its original concept it still carries with it a futuristic and angular design. It also gives us a glimpse as to what we can expect from the Japanese brand for its future EV SUVs.

During the reveal of the Honda SUV e:prototype, not much information was released about the vehicle and its specifications. However, the automaker did state that it will come with “dynamic yet smooth acceleration” hinting at the benefits of instant torque that electric motors deliver. The Japanese brand also stated that it “enables the driver to feel the ‘joy of driving’ in abundance.” possibly hinting at a sportier platform thanks to the low center of gravity that EVs are able to deliver.

Aside from this, the automaker stated that the EV will come with the third-generation CONNECT, which gives the vehicle to be updated via wifi or via over-the-air technology. Honda says that this feature will soon be available in China in the latter half of 2022. As the automotive market is slowly evolving to embrace electric technology, the SUV e:prototype is a more than welcomed addition. It showcases what Honda can do as a manufacturer in terms of its ability to produce future electric vehicles. It also shows what kind of design language it has in store as well as what kind of future technologies it has up its sleeve for a not-so-distant electrified and smart future.