There really isn’t much we can do when babies start to cry, or is there? Have you ever been on a bus, or any public transport, and there happened to be a baby crying? If you’re trying to sleep, it can be a bit disturbing. Honda has a great idea in mind, and it will both surprise and amaze you when you find out about it.

The photo you see above, the fluffy car stuffed toy, is what Honda calls the Sound Sitter. It’s basically a baby-calmer, if we were to describe it, as it is claimed to stop babies from crying by making an engine sound. Now, is this one of the ideas you’d think of if you were to solve the baby crying problem? That’s what we thought. But, hey, Honda was able to pull it and you’re looking at the actual thing right now. According to Honda, it is found out that babies have a tendency to be pacified by the engine sound of a car. According to the Japanese car maker, as well as various studies done in the past, like the one from the Journal of the Japan Physiological Anthropology Association in November 2013, there are notable influences of sound on newborns. To be more specific, sounds that are close to that of a mother’s womb sedate infants better. The womb’s ambient sound is composed of a number of low frequencies, like the mother’s blood flow and heartbeat.

This drove Honda to come up with one of the most important car design projects the company has ever done. The car stuffed toy features speakers and a remote-control via your smartphone to toggle the sound on. It was specifically designed to be small enough to fit in between babies’ arms. The red color scheme, on the other hand, is specially selected, as babies are said to respond to the color better. It seems like we’re all naturally born car nuts, aren’t we? We think this one is cute proof that we are, whether you doubt it or not. 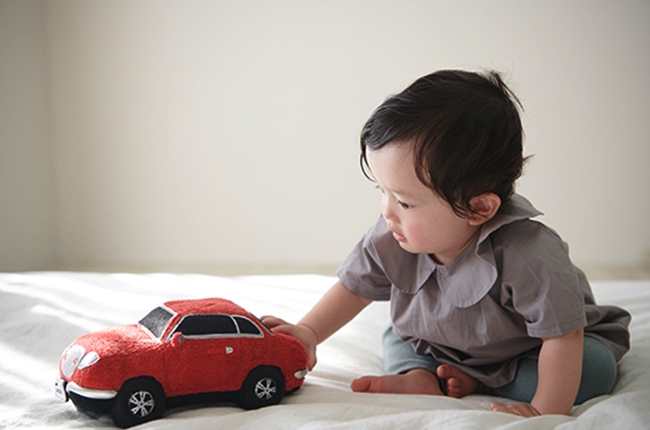 The reason why the Sound Sitter is effective lies on the sound frequency it produces. That said, the stuffed toy puts out 250 Hz or less engine sound, which is perfect for babies’ ears. And, what car does the sound belong, you ask? You probably didn’t see this coming but it’s from the NSX, which sound is believed to be the closest to the frequency in a mother’s womb. Engine sounds from the S2000 and Integra Type R were also used in the final experiment. 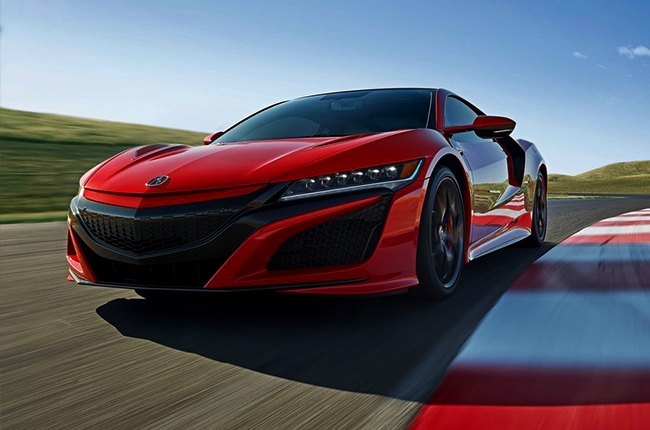 The Sound Sitter is still a concept as of the moment. It is not yet for sale according to Honda but, as soon as the experiment becomes a success, it should be up for grabs. Just wait a little longer, babies, moms, and dads; it shouldn’t be that of a long wait.