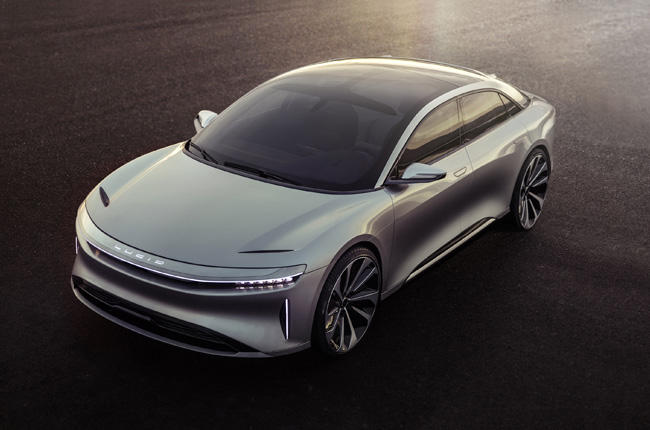 After recently announcing collaboration with Samsung SDI for better batteries, Lucid Motors unveils its new electric sedan, the Lucid Air. Unlike the name, its presence can be readily seen with emphasis – especially in terms of performance, design, and luxury.

It looks futuristic, with the absence of radiator grille exhuming a sleek, luxurious design from upfront up to the rear. As an added bonus, it has continuous lamps that serve as an exclamation point to its appeal. 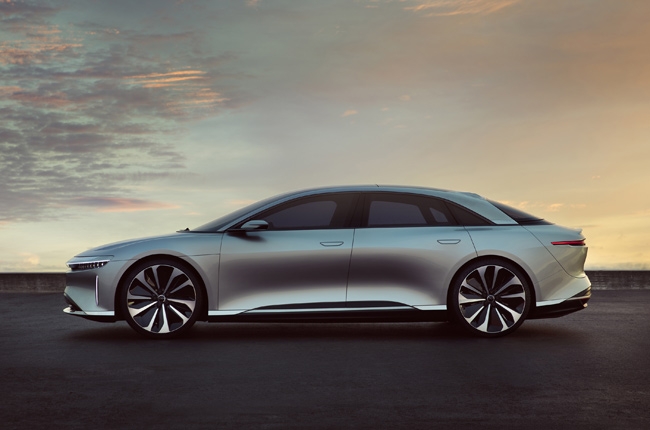 However, the car’s main jewel isn’t something that can easily be found through the images released. Powering the new electric sedan is a 100-kwh battery pack, with an option to choose the 130-kwh type to maximize the motor’s output up to 1,000 hp.

This immense power rating enables the Air to go from standstill to 96 km/h in 2.5 seconds. Now, we get why it was named as such.

In addition to that, the Lucid Air is said to have a capability to reach 643 kilometers in just one single charge. It’s also claimed to be ready for self-driving with its Lidar, long- and short-range radar, and cameras. Although, the luxury electric vehicle company is yet to confirm when it will be available to the model.

The production of the new Lucid Air will start by 2018, with units start hitting the showrooms later that same year. However, its price tag is said to be at more than $100,000 (around P5-million), with news that a cheaper $65,000 (P3.25-million) version will be released later on. Talk about cheap.