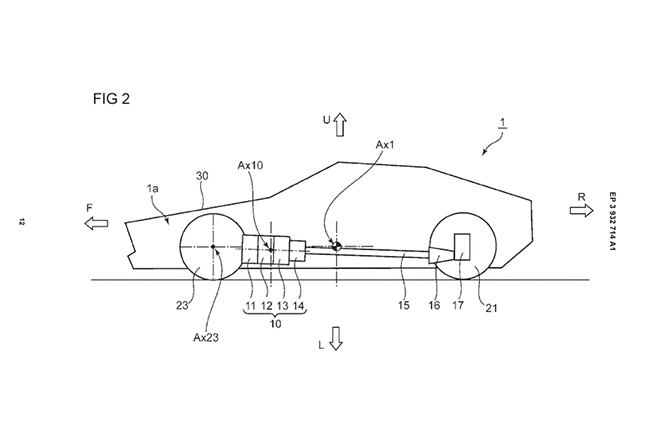 The patent office is a great place to get a quick preview of what a car manufacturer has planned for its future technologies or future lineup of vehicles. In this case, Mazda has filed a patent for something interesting that could serve as a call back to its sports car roots. The patent images were found by Japanese blog Hatena which shows that the Japanese automaker has plans to make a rear-driven sports car that comes with a 3-rotor engine that is mated to a hybrid system. This could indicate that Mazda has plans to make an RX-8 successor.

While the automaker is no stranger to hybrid systems as these are available with the mild-hybrid versions of the Mazda3 and Mazda CX-30 crossover, having this new technology in a sports car could prove to be an interesting combination.

As a bit of a backgrounder, in November of 2021, Mazda joined Toyota, Subaru, Kawasaki, and Yamaha to keep the internal combustion engine alive by committing to the development of hydrogen fuel. Not to be confused with fuel-cell vehicles that convert fuel to power electric motors, the Japanese manufacturers have been pursuing hydrogen as a direct replacement for fossil fuels. As hydrogen is one of the most abundant elements available in the universe it could make for a stable replacement. It also comes with the benefit of having no emissions, thus pairing it with a rotary engine could make sense and could even bump up the environmental rating of the motor to Euro 7 emissions.

While these are only patents and may not result in the production of an actual vehicle, it’s still nice to see that Mazda has something interesting planned for the future especially with its planning to keep the Wankel motor alive. For now, we will just have to wait and see what the Japanese automaker will have in store in the coming years.