Mercedes-Benz has released a teaser video for its pickup concept, giving us a sneak peek before its official debut tomorrow in Stockholm, Sweden.

Based on the teaser video, it appears that Mercedes-Benz’s pickup concept comes with sweptback headlights, a large mesh grille, and a bold bumper. Moreover, the said concept seems to be fitted with a multi-spoke rims.

The teaser video also suggests that the German automaker’s pickup concept has a resemblance with the Nissan Navara; especially when the vehicle is viewed from the side. Well, that’s not surprising because the Mercedes-Benz pickup concept is co-developed by Nissan. 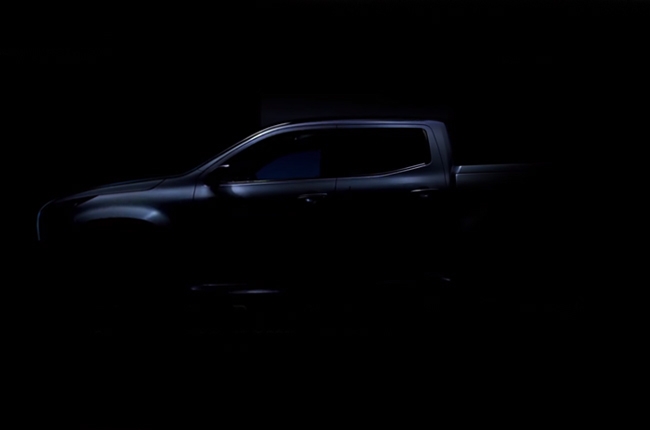 As a review, Nissan and Daimler announced last April 2015 that they would jointly develop a midsize pickup truck. It is also worth noting, that the Mercedes-Benz pickup would share “some of the architecture” with the Nissan NP300 Navara.

The Mercedes-Benz pickup is said to feature a double cab and will be targeted both at “personal-use and commercial customers.” The primary target markets for the vehicle are Europe, Australia, South Africa, and Latin America.

There has been no official word yet from Mercedes-Benz on what it will be called. However, reports say that the pickup concept could carry either the X-Class or GLT names.

Check out the teaser video below:

For more information about Mercedes-Benz and its vehicles, visit the AutoDeal Car Brands page.