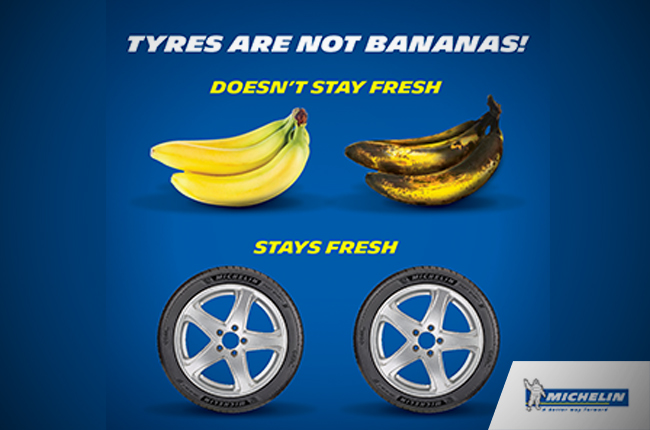 Tires are one of the most essential components of your car. Without the friction it provides on the road, your car won’t move forward as smooth as you want it to be. On this note, it is only normal to be careful when buying them.

However, there are some people who are strictly mindful about the tire’s fabrication date – the fresher its manufacture date, the safer. This has been the way for some, but Michelin finds this a serious concern.

According to Michelin, the fabrication date of the tire doesn’t affect its performance. Unlike medicines or food, such as a banana, you don’t need to be worried about the date stamped on the tire. As a matter of fact, the crucial date you need to take note of isn’t the manufacture date, but the date of when it was first installed on your car.

As explained by Michelin, tires begin their aging process as soon as they are mounted on your wheels. Even when a car is at rest, tires suffer from pressure stresses – what more when the car begins to move fort and stop? Furthermore, temperature is also a factor affecting tire status. Heat on the road adds to the heat generated by friction, as well as sudden changes in temperature, such as going through cold puddles. To raise awareness, Michelin launched its Tires Are Not Bananas campaign. The campaign is aimed to correct common misunderstanding about tire’s manufacture date. In addition, Michelin PH’s chief representative Michael Nunag finds it very alarming that people are more concerned on the fabrication date rather than the correct safety maintenance (tire rotation) after tire installation.

To support this, numerous tests in various countries were conducted to check if this norm is true. In Saudi Arabia, they found out that a year-old used and 10 year-old stored tires have identical aging. In South Korea, new tires reveal the same condition as per the 3 year-old stored ones. German motorist organization, on the other hand, found similar rolling resistance from newly made tires with those stored for 3 years.