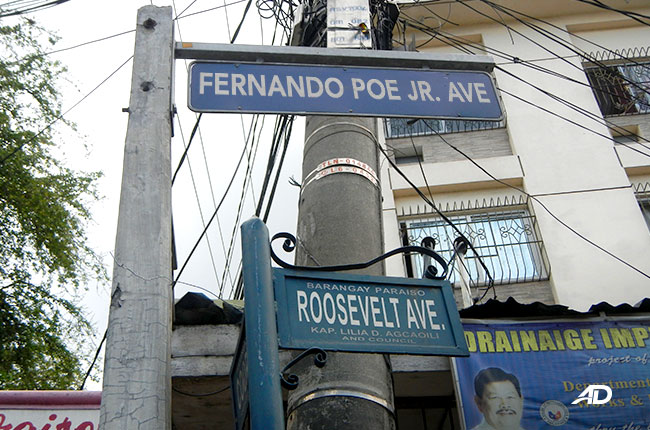 A new Senate bill seeks to rename a major road in Quezon City to that of the famous movie star actor Fernando Poe Jr. (FPJ). The bill has been unanimously approved by the Senate on its third and final reading, as such House Bill No. 7499 will rename Roosevelt Avenue to Fernando Po Jr. Avenue. Members of the snake voted a 22-0-1 with Senator Grace Poe abstaining from the vote due to conflict of interest.

I purposely abstained because of our rule that it might be a conflict of interest but in my heart, I am so happy that this passed
Grace Poe

As a bit of history, House Bill 7499 initially sought to rename Del Monte Avenue which is located in legislative District 1 of Quezon City. However, Senate President Vicente Sotto III introduced an amendment to the bill before its second reading, leading to the renaming of Roosevelt Avenue instead.

According to Sotto, the planned renaming of Del Monte Avenue was met with opposition from multiple sectors which included various church groups, the National Historical Commission, and residents in the area. According to them, the renaming would negate the historical and cultural importance of the street. With that in mind, Roosevelt was the road chosen to be renamed instead. This move could also be a better way to pay homage to the popular actor as his ancestral home is also located along the Avenue.

Under the new measures of the House Bill, the Department of Public Works and Highways (DPW) will begin the task of issuing the necessary rules and circulars along Roosevelt Avenue to implement necessary changes needed within 60 days of its effectivity. While the move is a fitting gesture for the popular actor, now may not be the right time to execute the changes especially with the still ongoing pandemic.