The current-generation Toyota Land Cruiser has been in the market for roughly about 13 years now making it a prime candidate for a long-overdue new model. According to Best Car Japan, the next generation of the SUV is scheduled to make its debut in April of 2021. The media outlet further states that the Japanese automaker has already informed its dealers about the new SUV.

While not yet confirmed, the new Land Cruiser will allegedly be riding on the same platform as the current model. It will not be utilizing the new F1 body-on-frame platform that the next-generation Toyota Tundra will be using. While an all-new chassis might be not utilized Toyota has stated that the new SUV will be receiving extensive overhauls elsewhere, which include new engines, drivetrain updates, and improved suspension. 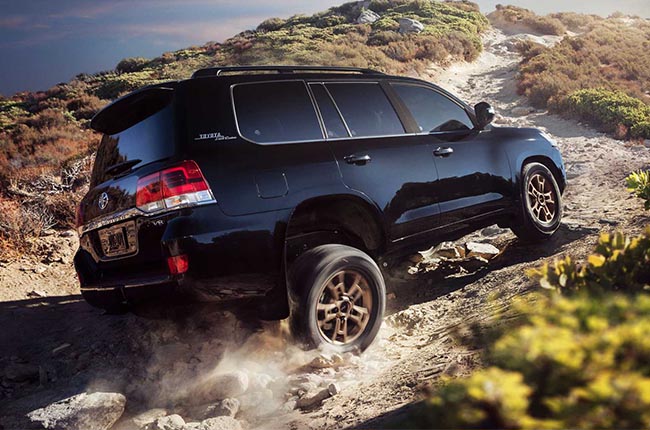 Further, still, more rumors have stated a new 3.5-liter turbocharged V6 mated to a hybrid system will be a new engine option for the Toyota Land Cruiser. A new 3.3-liter turbo diesel would also be added, however, this might just be for certain markets where diesel motors are prevalent like in the Philippines.

Toyota may also opt to sell the SUV exclusively as a 5-seater vehicle for those who want a serious off-roader. However, this might only happen for select markets as there is still demand for a 7-seater version elsewhere. Adding more fuel to the rumor fire is that Toyota is also planning to make a more rugged GR version of the SUV after the new model makes its way into the global automotive market.

With that said only time will tell as to what the new Toyota Land Cruiser will bring with it. As 2021 is still a fair bit away it is now a waiting game to see what the Japanese brand has done to upgrade and refresh its popular and rugged SUV.