It might have been the case back in 2014, where the Mazda3 pretty much had everything that you could ask for in a compact car. As the years have passed, the driving dynamics of each iteration has always been praised for being better than average. To top it all off, you get a nice interior that uses quality materials and the build in on point too. There is one thing that is not up to par with the rest of the industry: Apple Car Play and Android Auto.

While the Mazda Connect Infotainment system is ample for your needs, since it comes with navigation, Bluetooth, and a touch screen with a central dial for control, it does seem dated especially since you are paying a pretty penny for a Kodo-designed machine. Turns out you can’t really have it all – until today.

Mazda Philippines has recently announced that it will be offering an upgrade package for all its cars with the Mazda Connect System. As a point of reference, any model with the system that was sold from 2014 all the way to today can finally have Apple CarPlay and Android Auto on the infotainment screen.

An official dealer option is now available nationwide and, as stated before, will be compatible with Mazda vehicles of the year-model 2014 and up. The kit will include a set higher capacity USB ports that can accommodate the bigger amperage that smartphones demand. There is also an official software update to allow the smartphone to work in tandem with the Mazda Connect System. The commander control knob is integrated into the control scheme and allows drivers for on-the-fly control while the vehicle is rolling. Voice recognition will also get a marked improvement over the previous iteration. 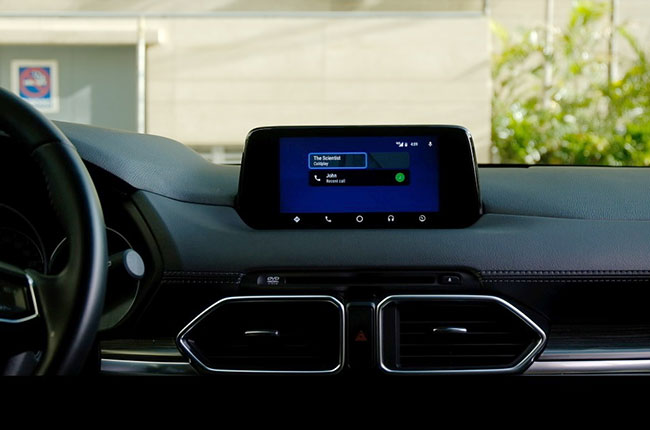 There has been a strong demand for the Mazda Connect system to be able to work seamlessly with popular smartphone applications, We hear our customers and now we have made available the official Mazda hardware kit that expands Mazda Connect features to include navigation, music, and even search applications. The upgrade kit retains the full functionality designed into Mazda Connect that makes it intuitive and safe to control by both driver and passenger.
Steven Tan
president and CEO, Bermaz Auto Philippines.

All of this sounds like a great deal, considering that you already own a Mazda car, the infotainment system is not easily replaceable with an aftermarket radio with all the same features. At least in this instance, all you have to do is pay P17,500 + VAT at any Mazda dealership to have the upgrade kit professionally installed by trained technicians to ensure proper fit and integration. Accompanying the upgrade is a one-year warranty for the hardware. Schedule an appointment soon to breathe in some life to your Mazda’s head unit.