Peugeot Philippines is all set to take on the tightly contested SUV market as they introduced 3 new vehicles. The brand’s SUV lineup includes the 2017 European Car of the Year, which is the all-new 3008. Completing Peugeot’s SUV triple threat in the local market are the 2008, and the 7-seater 5008.

The 3 SUVs feature an aggressive yet sleek design. The company claims that these new models “defies conventional standards with its captivating style, dynamic performance, and engine technology.”

“We are very excited to be unveiling these three new vehicles to the Philippine automotive media for the first time. Taking inspiration from both urban landscapes and rough terrain, the new Peugeot SUV range possesses a confident stance with the driver at heart of its design.”
Glen Dasig
Peugeot Philippines president

The Peugeot 2008 is a compact SUV and the smallest among the 3 vehicles. It has a composed fascia along with muscular wheel arches, front and rear scuff plates, roof bars, and rear spoiler. It is powered by a 1.2L PureTech gasoline engine, which is the winner of the 2017 International Engine of the Year in the 1.0L to 1.4L category. 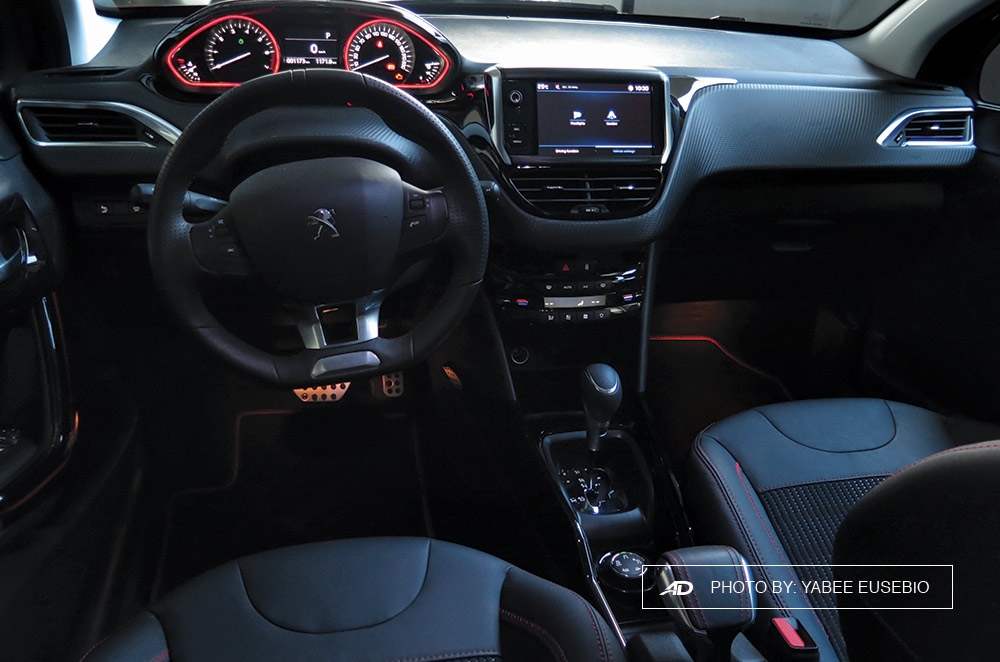 The all-new 3008 is the 2017 European Car of the Year. It is fitted with LED headlights, a checkered grille, and a large bumper. Turning at the side, you’ll see the vehicle’s prominent wheel arches and sharp character lines. The rear has distinctive Peugeot ‘3-claw’ LED taillights and a spoiler. The interior features a black theme along with a compact steering wheel, a digital instrument panel, and an 8-inch touchscreen. The 3008 is also equipped with the 2nd generation Peugeot iCockpit that has the ability to change the ambiance of the cabin as well as to activate the built-in scent diffusers, ambient lighting, and multi-function massage seats. Under the hood, the 3008 is powered by a 1.6L turbo gasoline engine that delivers 165 hp and 240 Nm of torque. The engine is connected to a 6-speed automatic transmission.

Of note, the 3008 is the only readily available model from the 3 SUVs that Peugeot PH has launched. It is available in limited supply and has a suggested retail price of P2,590,000.

The 5008 was once an MPV (multi-purpose vehicle) but, Peugeot decided to transform it into a 7-seater SUV. It has a sculpted hood, sharp-looking headlights, large black bumper, and a chrome clad diffuser. The rear has ‘claw’ taillights and dual exhaust pipes. Completing the design of the 5008 is the roof rails and the rear spoiler. This SUV also comes with the Peugeot iCockpit as well as a number of safety features.