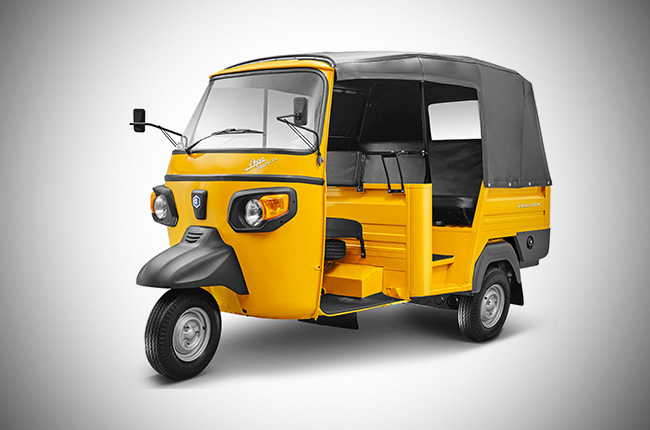 Looking at the state of traffic recently it is a bad time to be in a big rig like a truck. Sure the platform is a capable hauler, but for smaller businesses with smaller freight requirements, perhaps a closed van is the best option for carrying capacity and mobility. Or is it? Think about it, if your business revolves around highly mobile and fast delivery times, wouldn’t it be more cost effective to invest your money into a vehicle that is capable of squeezing through the tightest of back roads in order to avoid the horrendous traffic in and out of the Metro?

Piaggio would like to let you in on its latest offering for commercial vehicles. In the late 1940s the aftereffects of the Second World War were in full effect. Post war, an economic downturn took root and forced people to downsize their assets in order to keep their living costs low. The acquisition and upkeep of a vehicle during that era was just too much for families recovering from the great loss of economic development and life during that period. Piaggio was started on this premise, to bring small-scale, three-wheeled commercial vehicles that could help rebuild the country of Italy.

The Piaggio APÉ stays true to its roots to this day. It is a small commercial vehicle that takes your business to greater heights. With cargo space and a platform that is modular for any modern day business application, the vehicle is ready to take on the challenges that any logistical job can throw at it. While it is not a motorcycle, it can still squeeze through sizeable gaps in order to flow through the traffic instead of getting stuck in it. Unlike a motorcycle its modular cargo set up can haul a lot more than a typical two wheeler with a cargo case at the back. The vehicle is narrow enough to fit through the smaller roads in the Metro to avoid traffic jams and even reach the consumers easier without blocking a good part of the road while unloading.

All models come with cute diesel engines. A single cylinder suffices and powers the small slickers. Naturally aspirated, direct injection, and 4-stroke with 435cc of displacement, it stands as the smallest diesel engine in the world. It has a highly efficient rate of consumption and only consumes 36km/l on primary and secondary roads. The efficiency is enough to delight business owners who are looking to cut costs, and maximize efficiency. The EURO 4 compliant engines also classify this as a non-polluting vehicle, even without carrying its max capacity. On that note it also sports a load capacity of around half a ton, making this small hauler a capable vehicle for its size. 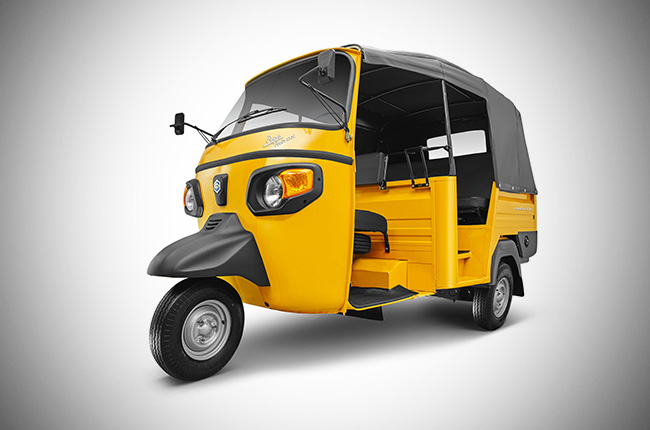 Piaggo has three models on offer under its three wheeler range, the first is the APÉ Auto DX, a passenger platform that might as well be the modern day equivalent of our aging tricycles. It can carry up to four passengers and a driver, the equivalent of a small car. For it to fit in to the theme of brightly colored transportation, it comes in a variety of bright colors such as Western Red, Eco-Green, Charming Blue, and pictured above is the Golden Yellow color that we can’t help but smile at. It also comes in more neutral colors such as Blanco White and Jet Black, for those who want to blend in more. Prices start at P218,000 for this modern trike. 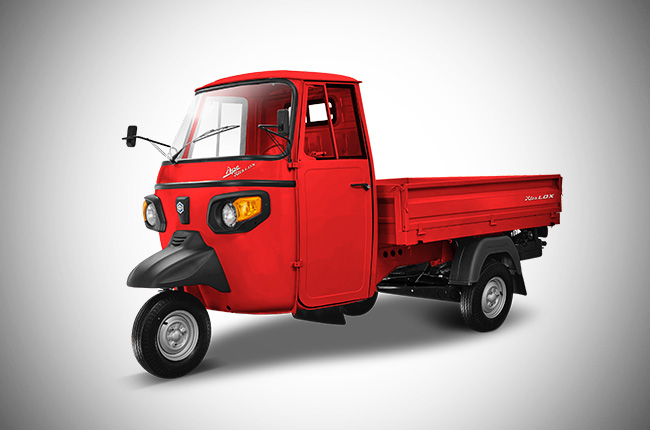 The next model is a APÉ Xtra LDX. It is a 3-sided cargo deck opening that can carry up to 535kg. A basic cargo model is offered and comes in either Blanco White or Charming Blue. 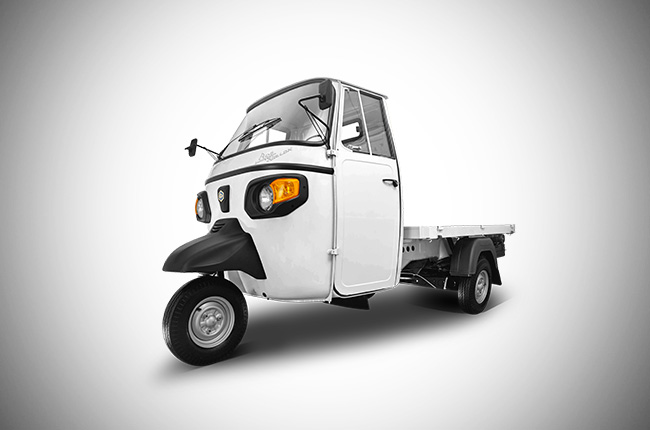 The last three-wheeler is the APÉ Auto DAC. It’s a 5 foot by 5 foot flatbed that gives a generous amount of cargo for its size. It can be turned into a closed van or a 3-wing van. For businesses looking for a mobile bar, cafe or support vehicle, this could be the vehicle for you to reach even more customers. It can also work as a fire truck, and can be adapted as a government vehicle. These units come in Blanco White, Western Red, Eco-Green and Jet black. Prices for these units start at a suggested retail price of P218,000. If you have more to spend for a commercial vehicle, just add a wheel on one side and you have yourself a Piaggo Porter 1000. It comes with a bigger engine and the ruggedness of a truck in the size of a small city car. It can carry a little over a ton of cargo and has 185mm of ground clearance to allow it to handle most terrains. It comes in Eco-Green, Blanco White, and Western Red and is available at the low price of P488,000.

WIth the rise of logistical companies, and the worsening of traffic in the Metro it could be a good idea for businesses to downsize its vehicles in order to reach its consumers faster. More remote areas can be reached as these vehicles are smaller than most cars. In fact, Grab has an exclusive partnership with Piaggio to offer alternative transportation to underserved sectors.

Perhaps the saying go big or go home doesn’t ring true for the folks over there at AutoItalia when it comes to Piaggio.