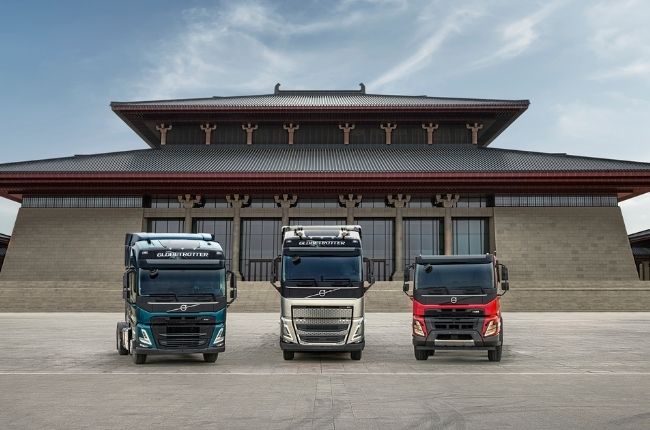 Swedish multinational auto group, AB Volvo, has announced that it has agreed to acquire JMC Heavy Duty Vehicle Co., the heavy-duty truck subsidiary of Jiangling Motors Corporation (JMC). The deal is reportedly worth about $125.7 million.

The Ford Motor Company is a stakeholder in JMC, which it partners with to build SUVs and other vehicles primarily for the Asian market. Among these models is the Ford Territory, which debuted in the Philippines in 2020.

Chinese car manufacturer, Geely, also holds a stake in AB Volvo. Geely owns and controls Volvo Cars, the passenger car division of AB Volvo. With its latest acquisition, the Swedish conglomerate plans on increasing the Taiyuan plant's production capacity to over 15,000 vehicles annually over the next several years. The factory will reportedly be equipped with stamping, welding, cab manufacturing, and final assembly capabilities.

Volvo has said that it has been enjoying strong sales in China, totaling over 4,500 imported heavy-duty trucks in 2020. Global truck manufacturers are scrambling to produce new trucks in the Chinese region. This is due in large part to a significant logistics and e-commerce boom in the region in recent years. Asian e-commerce companies like Alibaba and Lazada have experienced rapid growth and are poised to challenge global giants such as Amazon.

Apart from Volvo and Ford, more western automakers plan to enter the Chinese truck market in the near future. Volkswagen-owned Scania is set to start truck manufacturing operations in the country in 2022, and Mercedes-Benz plans to follow suit. With Volvo's acquisition of Ford and JMC’s truck business, it will be very interesting to see the future of commercial vehicles in China and the Asian region.