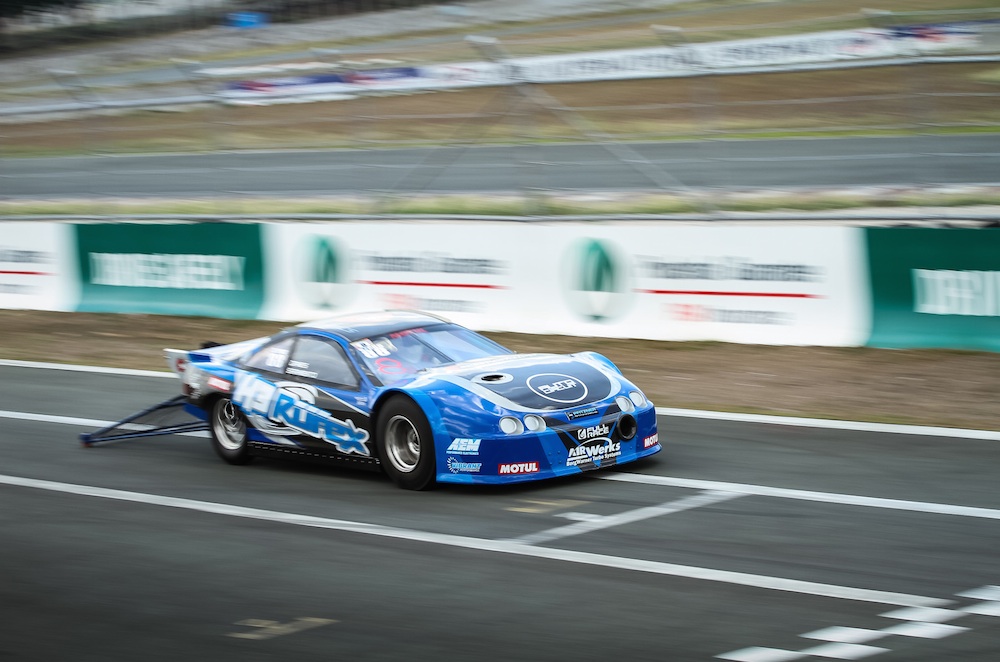 Motorsports has been around for a long time, and of the many forms this exhilarating passion has, drag racing is surely one of the best challenges to test the limits of both man and machine, to separate the men from the boys, and to ultimately recognize the kings of speed.

Drag racing is the art of going full-speed on a straight line, gunning it all to be the quickest and to be the first to cross the line. But that is of course in its simplest form. Drag racing packs a lot of things happening behind and on the scene. The technical preps, the human element, the environment… all these contribute and can mean the tiniest of difference between 1st and 2nd place. That’s why a proper and professional governing body has to step in to balance the passion of speed and the pursuit of fairness and safety, and here in the Philippines, it’s up to the AAP (Automotive Association of the Philippines) to do just that.

AHOY, fellow speed lovers, the stage has been set! Last January 14 2015 saw a preview of what to expect this year, as the National Drag Racing Championship will once again be on full-throttle mode, starting this 17th of January at the Clark International Speedway in Clark Pampanga.

However in a slight plot twist, the folks behind AAP have upped the ante by setting up the rules and regulations to adapt a Bracket Racing System, which allows more emphasis on driver skill, rather than car performance

However in a slight plot twist, the folks behind AAP have upped the ante by setting up the rules and regulations to adapt a Bracket Racing System, which allows more emphasis on driver skill, rather than car performance, making this season a very unpredictably awesome racing event to participate, both as a racer and as an audience. Expect a wider variety of racers and racecars to battle it out, fair and square.

To preheat things up, Defending Champion Jonathan Tiu of JCT-Blanche will be in for one of the most pressurised situations this year, as his closest rivals Vanni Garcia of Vanitech W-Autosport, and Danes Sarmiento of H3-Rurex will be expected to make a raging come-back. These top three racers can all reach speeds in excess of 200kph, covering the ¼ mile in under 10 seconds. Will Jonathan Tiu’s blistering 8.806sec quarter mile record run be beaten this year? Your guess is as good as hours.

Entry fee is P2,000 per driver, plus a P300 day license from AAP and P400 for insurance. Super Pro and Pro Class drivers, however must secure an AAP National Competition License to join.

Feel free to know the full set of updated safety rules and regulations of the 2015 National Drag Racing Championship at http://www.batangasracingcircuit.org