Subaru releases details about an update of the WRX STI that is scheduled to be released on June 20, 2017 in Japan. This update includes improvements on the vehicle's handling, as well as subtle, yet enticing, exterior and interior tweaks.

Although Subaru unveiled the facelifted WRX and WRX STI last January, the Japanese brand announced more in and out changes for the model.

The WRX STI's  front bumper was given a black diffuser at the bottom, and a sort of daytime running light on top of its vents. In addition, the car comes with a set of 19-inch aluminum wheels in dark gun metallic finish. Cabin-wise, the WRX STI now has gloss black instrument, decorative, and door switch panels. This accentuates the 9-inch multi-function LCD screen. Plus, 8-way electrically-adjustable Recaro front seats with red stitching and accents are added to improve comfort and aesthetics – even the seatbelts were made red, too. But the most significant update that Subaru wants you to know is the new electronically controlled multi-mode Drivers Control Center Differential (DCCD) located below the gear stick. Subaru claims that this improves the WRX STI's handling stability, along with the improved suspension setting. The car also features 18-inch Brembo ventilated disc brakes, which has 2-pod caliper in yellow paint and STI logo. 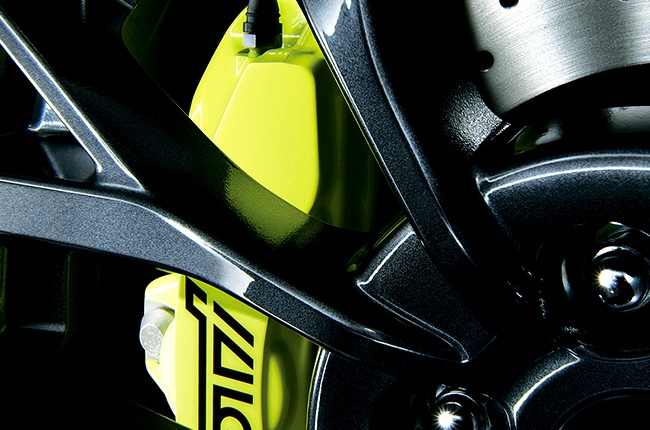