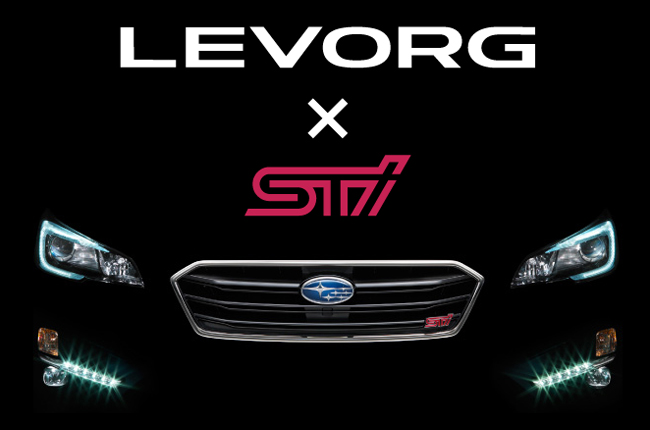 Last year, Subaru teased us with the debut of the Levorg S Concept at the Tokyo Auto Salon. This had us wishing for a real STI-tuned version of their station wagon. Fortunately, the Japanese marque did build one and here's a first look at it.

Based from the teaser video, the Impreza-based wagon sports the same signature hawkeye LED headlights, LED Daytime Running Lights (DRLs), fog lamps, and chrome hexagonal grille. Even the silhouette looks like the current Levorg we have now.

The only hint that this is the real deal is the pink STI badge. Besides that, no technical data has been disclosed by the Japanese automaker such as the engine specs and list of upgrades.

However, it’s expected that it will have a full body kit, lower ride height, and a sport-tuned suspension based from what the Subaru’s performance division has done previously. According to rumors spreading online, it could even run the same 2.5L engine found in the WRX STI.

Subaru did confirm on their official JDM website that the Levorg STI is due to launch this summer, but it’s unclear whether it’s for Japan market only or if it would be available worldwide. We hope it’s the latter and reach the Philippines sometime soon.

For more information about the Subaru Levorg, visit the AutoDeal Car Guide.