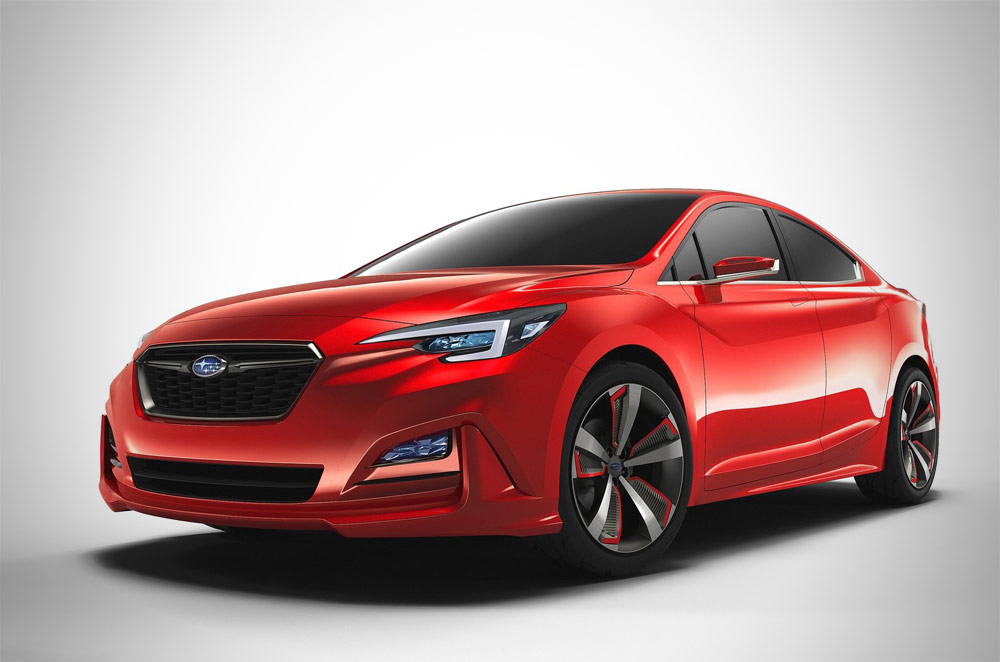 Weeks after a view of its hatchback version has been revealed, Subaru now debuts the new Impreza sedan concept at the 2015 LA Auto Show. Here's a first look on the Japanese brand's compact 4-door sedan. The new Impreza sedan is easily recognizable as it still carries Subaru's iconic hexagonal grille and hawk-eye headlamps. However, the headlights are now sleeker as compared to the current model.

What’s noticeable about the new headlamp design is the angular daytime running lights which give the Impreza a strong and fierce demeanor. The front end also features a less sculpted hood. On the other hand, it has a more defined bumper which projects a wider stance. At the sides, the new Impreza sedan dons bold, upswept character lines that cover both doors. The windows are garnished with chrome lining and narrow towards the back. These, plus the tight shape of the new head and tail lamps as viewed from the side, create a sporty appeal which complements the concept's dynamic new design. The rear end highlights new sharp tail lights and a muscular bumper which is a perfect match to its anterior’s styling. A black diffuser cladding is present as well which further adds to its snazzy demeanor.

As of now, there’s no information released about the new Impreza's powerplant and interior features however, it was announced that it will ride on a new platform. This is something to watch out for as this will be shared across all future Subaru models.

The production of the new Impreza will begin in the US within 2016 and will be available in the market by the end of the year. We have yet to hear from Motor Image Pilipinas Inc. (MIPI) if they would bring this sedan to our country.

In the interim, the current Impreza sedan is still available. For its full specs and features, visit the AutoDeal Car Guide.