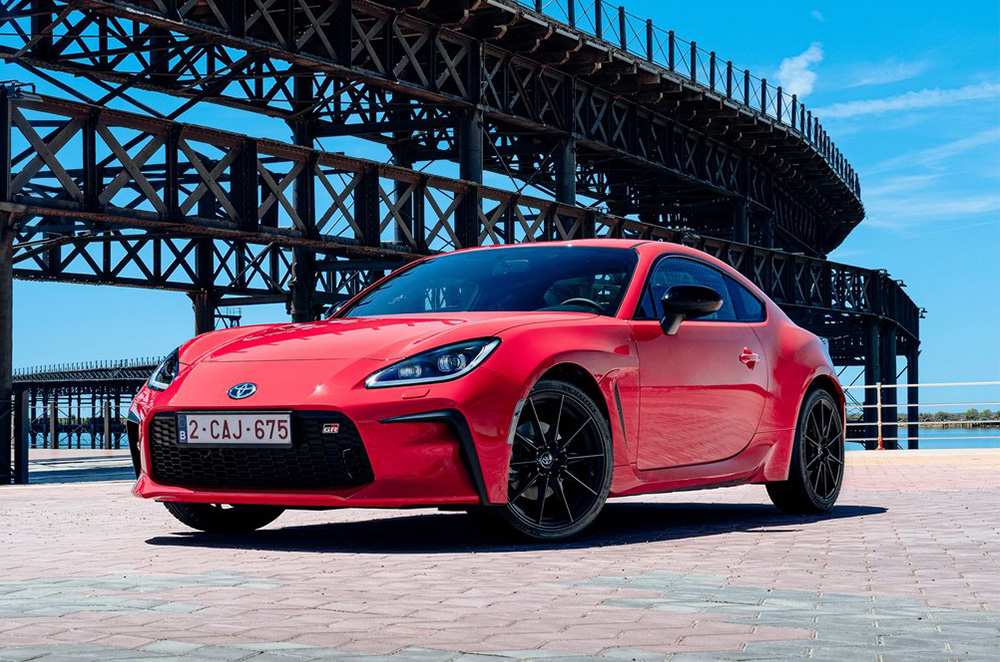 Just as the 8/6 day has passed, Toyota Philippines had one more surprise in store as it dropped more hints on the specifications of the upcoming Toyota GR86. The Japanese automaker has confirmed that it will be available with both automatic and manual transmission options similar to that of its sibling the Subaru BRZ. However, these gearbox options will reportedly come with widely varying specs to cover what could be two different price points for the sports car.

In terms of exterior features, the GR86 will reportedly come with LED headlights with headlamp washers as standard and will also sport high-glass black side mirror caps. Aside from this, the 2.4-liter boxer engine will also be coming with the vehicle and will produce 233hp and 250 Nm of torque. The sports car will also come standard with a Torsen-type limited slip differential which is a plus for those who want to go a little sideways with it.

While the MT version of the GR86 was displayed at the Toyota GR Festival back in the latter half of July, it comes with a slightly different kit from what will come with the automatic version. What comes with the manual gearbox model are 17-inch alloy wheels, Michelin Primacy HP tires, fabric seats with G-pattern, dual-zone climate control, and an 8-inch infotainment system with a six-speaker sound system.

The automatic version of the Toyota sports car will come with a different set of features as seen in the company’s quick teaser video. It will likely come with a set of 18-inch black alloy wheels, Michelin Pilot Sport 4 tires, Ultrasuede/leather seats, and an automatic dimming rear-view mirror along with the other features found in the MT version.

Aside from this, the AT will also come with driver assist features similar to what is found in the BRZ eyesight model. This means it gains access to pre-collision mitigation, automatic high beam, adaptive cruise control, and lane departure warning to its mix of safety features.

While no pricing has yet to be revealed for the upcoming GR86, reports are putting pre-order figures on the sports car already. We suspect that the MT version will come with a P2,386,000 price tag while the automatic version will come with a P2,586,000 price point. Take note that just like the Supra and GR Yaris, the GR86 will only be available at the brand’s GR performance-certified dealerships.

As for its official debut, the 2023 Toyota GR86 will likely make its first public appearance at the upcoming round of the Vios Cup on August 20, 2022.