Up front, the concept is fitted with a wide chrome grille, a large bumper, and slim LED headlights. It also has a long hood, which comes with the iconic Mercedes-Benz three pointed star emblem. 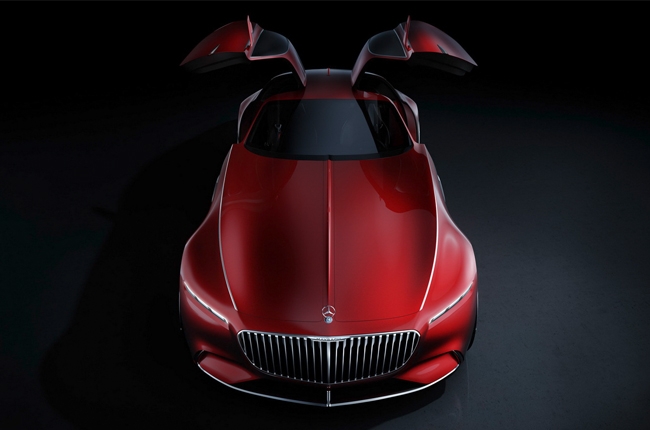 Turning at the side, the concept is characterized by flowing lines as well as a low, sloping roofline. Looking closely, the Vision Mercedes-Maybach 6 concept comes with small side mirrors and 24-inch wheels, similar to the brand’s “aero rim” that was first introduced on the Concept IAA (Intelligent Aerodynamic Automobile) last year. The concept is equipped with gullwing doors which opens upwards, similar to the image of a seagull’s wings. The rear, on the other hand, has distinctive taillights, a prominent bumper, and a diffuser. 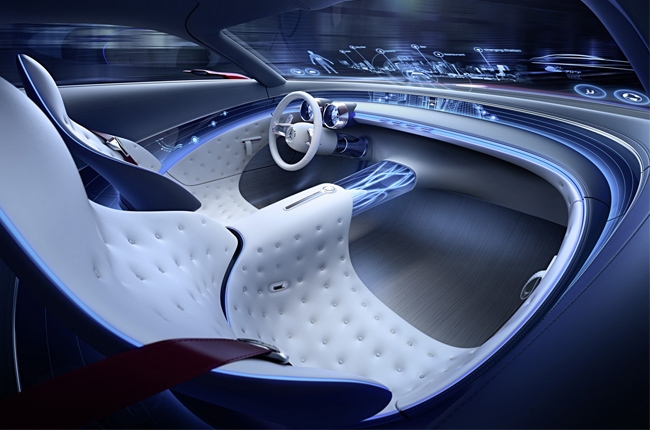 The interior of the Vision Mercedes-Maybach 6 concept is designed with a futuristic theme. It has an unconventional dashboard and center console. Interestingly, the concept’s interior layout doesn’t have buttons, which suggests that the displays and vehicle functions are all digital. Mercedes-Benz added that the cabin features high-quality leather trim as well as rose gold trim and elm floors.

The concept has four electric motors that generate a total output of 738 hp, transferring its power to all four wheels. It also has an 80 kWh battery that can cover a range of over 322 km based on the Environmental Protection Agency’s test. Mercedes-Benz claims that the Vision Mercedes-Maybach 6 concept can go from 0 to 100 km/h in less than 4 seconds.

For more information about Mercedes-Benz and its vehicles, visit the AutoDeal Car Guide.