Last September 27, the 2015 Yokohama Philippine GT Championship laid rubber for the final time at the Batangas Racing Circuit (BRC) this season. After winning back-to-back in this 5th Round, Willie Torres is now technically the 2015 GT300 champion.

13 cars lined up the grid and it’s all because several drivers made a comeback. Aside from the returning Dela Rosa brothers Richmon and Patrick, GT200’s Bong Perez also showed up after missing the last 3 rounds. He now sports a new Honda Civic FD race car in gold livery. 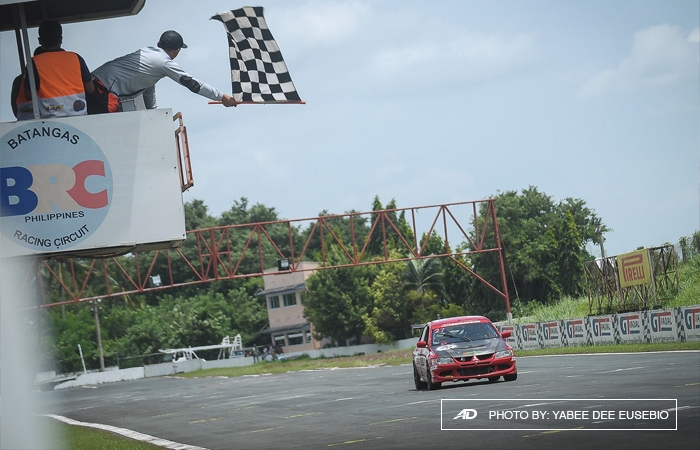 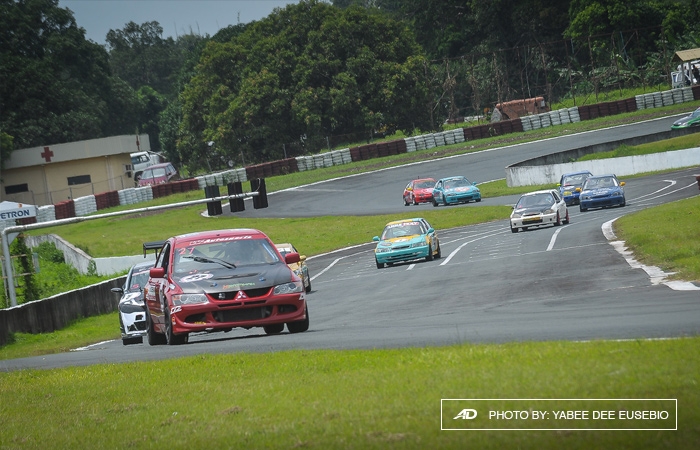 When the morning’s 10-lap Sprint race went underway Willie Torres quickly took command of the pack. Being the lone GT 300 racer, he made a clean start-to-finish sprint with 18:57.389 on the stopwatch.

In GT 200, Richmon Dela Rosa crossed the line in 1st place, followed by Bong Perez in 2nd, and Walter Zamora in 3rd. Paolo Mantolino did not made it to the grid because of mechanical problems.

Finally in GT 100, it was Ivan Diaz who took home 1st. He was followed by Joginder “King” Sin and Rhaffy Latorre in 2nd and 3rd places respectively.

The afternoon’s 17-lap GT race had Willie Torres and his red Mitsubishi Lancer Evolution VIII taking the checkered flag again. This earned him the GT 300 title.

Richmon Dela Rosa claimed 1st place once more thus making him this year’s GT 200 champion. He was then trailed 3 laps behind by Walter Zamora in 2nd. Mantolino retired in the 4th lap due to a mechanical problems. It was also mechanical problems that faced Bong Perez, but unlike Mantolino, his car couldn’t even make it out of the pit.

Down in GT 150, it was Patrick Dela Rosa again who took 1st place with 1 lap separating him from NR Joaquin who finished 2nd. On the other hand, Dindo De Jesus was disqualified because of an underweight car.

Lastly, Ivan Diaz cemented his GT 100 title with another race win. Not far behind in 2nd place was Joginder “King” Sin, followed by Mikko David in 3rd. As for Rhaffy Latorre, he was penalized with a 30-second penalty due to an avoidable contact which sent Edwin Rodriguez and his new Mazda 2 SKYACTIV race car spinning out in the R bend.

Of course, the weekend’s racing action won’t be complete without the support races sharing the track. These include the Philiminiracers Classic Mini Cup where Jason Choachuy, Rodney Caballero, and Borgy Zoleta finished in 1st, 2nd, and 3rd, respectively. Dexter Daquigan took home 1st in the Classic Aspirated Cup, followed by Francis Villafranca in 2nd, and Arvir Gervacio in 3rd.

The 2015 Yokohama Philippine GT Championship heads to the Clark International Speedway on November 8 for the final round of the season. The races are sanctioned by the Automobile Association of the Philippines (AAP) and sponsored by Yokohama Tires Sales Philippines, Inc., Sparco, and Aguila Auto Glass. It is also supported by Asian Carmakers Corporation (ACC) and BMW for providing the official pace car and Speedlab as the official pace car dyno provider.