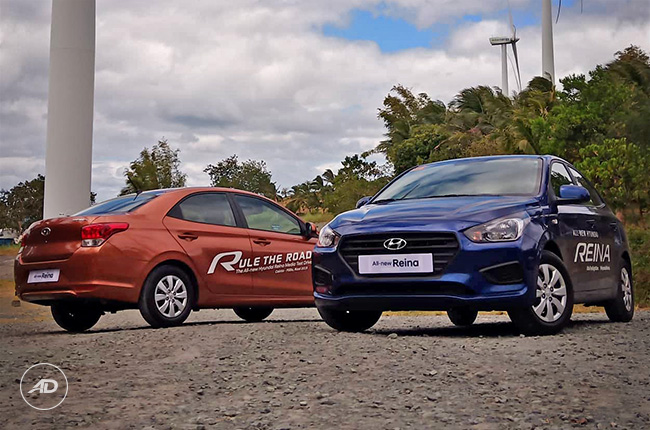 Last January 2019, before the month ended, two nameplates in the subcompact sedan segment from two separate brands were introduced. One of these was the Hyundai Reina and I got to admit, the little sedan bears the charm of the latest line-up of the South Korean marque. Quite impressive, but I also wondered how does this new addition, considering its inexpensive price point, compare to its bigger siblings in terms of performance and riding comfort.

Fortunately, Hyundai Asia Resources Inc. (HARI) invited us to test drive the Hyundai Reina for a day. We had the chance to play with the South Korean subcompact sedan throughout most of the Laguna Loop; from Cainta to Pililla, Rizal. Let me tell you how the Hyundai Reina can be your ‘perfect one.’

My thoughts on the exterior Judging from the way it looks, as well as its size, the Reina isn’t a car that would wow car enthusiasts. However, it still has that appeal of a regular Hyundai car, especially with its front fascia. It has a blacked-out ‘cascading grille’ that’s obviously smaller than what’s on the other Hyundai models. Actually, it’s like the smaller twin brother of the all-new Accent, and I like it.

Since it’s smaller, it sits on a set of 14-inch steel wheels. Yet, despite being the smallest Hyundai model, it has the longest wheelbase in its segment where the Mitsubishi Mirage G4 and Suzuki Dzire reside. With that, there should be enough room inside the cabin for passengers to be able to call it ample. Well, I was all up to find out. Stepping inside the car for the first time was like hopping into a regular subcompact sedan. There wasn't a special feeling, though there isn't really much to expect in the cabin after learning about it during the digital launch. However, I have to give it to the dashboard as it's simple and straightforward, not to mention, stylish.

And, since it's a small car, the feeling inside is relatively supported by its dimensions. The Reina's got manual climate control, with three large dials just below the 1-DIN radio. Yup, it only has a monochrome head unit, which I know is a little turn-off for some. Oh, the window controls are also placed on the center console, below the three A/C dials – an unconventional placement since those are usually found on the door panels.

It offers average riding comfort, which should be fine on daily drives. The steering is incredibly light, not a surprise as the Reina is relatively light itself. For its size, the Hyundai Reina boasts ample legroom, thanks to its 2,570mm wheelbase. People slightly taller than 5’4 could fit in the rear seat with ease. I also found the fabric seats still pretty comfortable during the two-hour drive.

Cargo space, on the other hand, is impressive, too – again, given its size. You may fit three medium-size travel bags, plus enough room for a couple more grocery bags. It’s perfect for fetching a heavy-packer at the airport.

Driving through the hills of Rizal Driving the Reina around the city was easy, simple, and pretty fun, given the light steering. Powered by a 1.4-liter Kappa engine, the Reina has 94 hp and 132 Nm of torque. Acceleration is sufficient on flat roads. However, steep uphills make the car long for more power. Flooring the pedal quickly brings it to 3,000 rpm, however, the roar does not match the pull of the engine. Don’t get me wrong though; you do get power, just don’t expect that much.

There are two variants of the Hyundai Reina. One that comes with a 5-speed manual transmission and one with a 4-speed automatic gearbox – both transmits power to the front axles.

I also came to realize that the Reina suits the urban environment the most – like a queen in her own palace. But, don’t get intimidated by its name, as driving it through the winding roads of Rizal didn’t give us a hard time. In my opinion, this car best fits young and beginner drivers. The queen also shares its offerings in her humblest way, providing young buyers a chance to have her at an affordable price. If we want to speak of its value for money, sure, the Reina does have an incredible price tag at P598,000. However, we also still have some factors to consider to determine whether you’re getting what you’ll be paying for if you are to buy this car. First is safety. The Reina comes with two airbags, the driver and front passenger airbags; that is better compared to the airbag-less variants of the latest Accent sedan.

At the end of the media drive, I can say that I really could recommend the Reina for young drivers, especially the beginner drivers, who are looking for a car that’s genuinely meant for urban driving. Try it, test it out, and prepare to meet ‘the one.’

These are only first impressions on the new Hyundai Reina and we’re looking forward to testing its capabilities. You can watch out for an in-depth review of the South Korean subcompact sedan, soon. 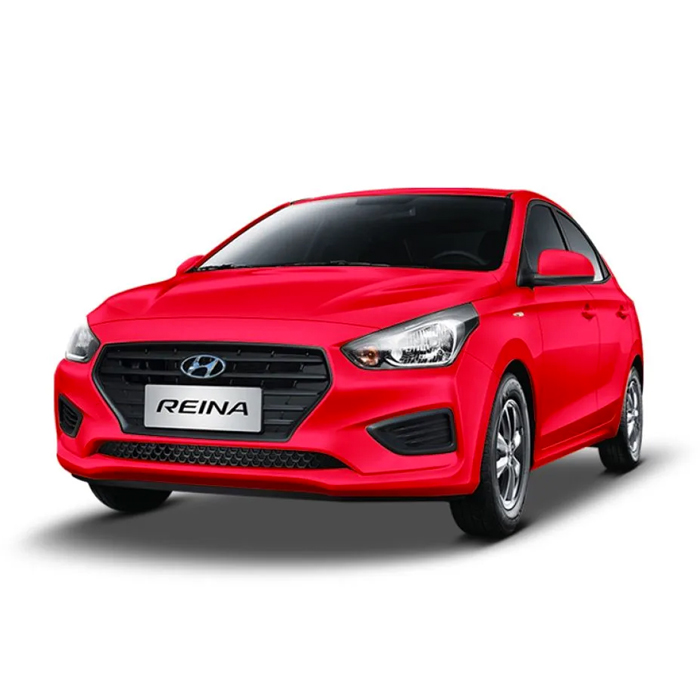 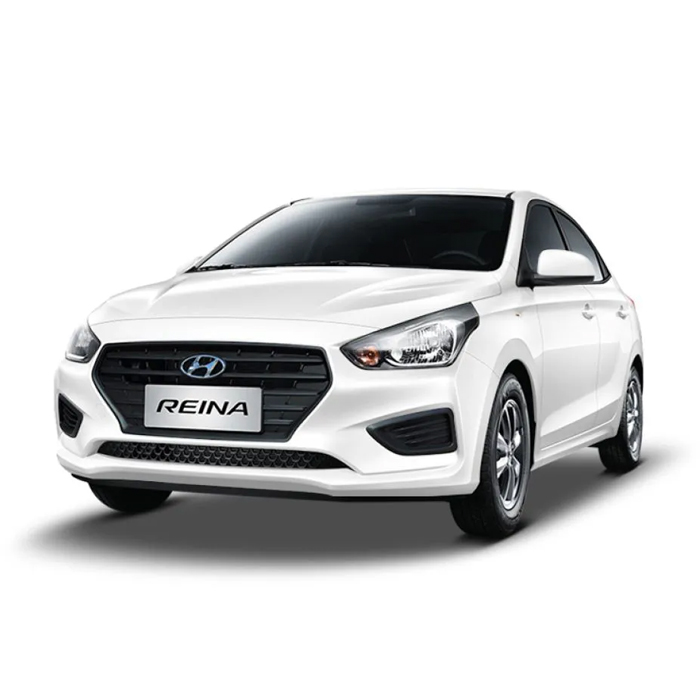