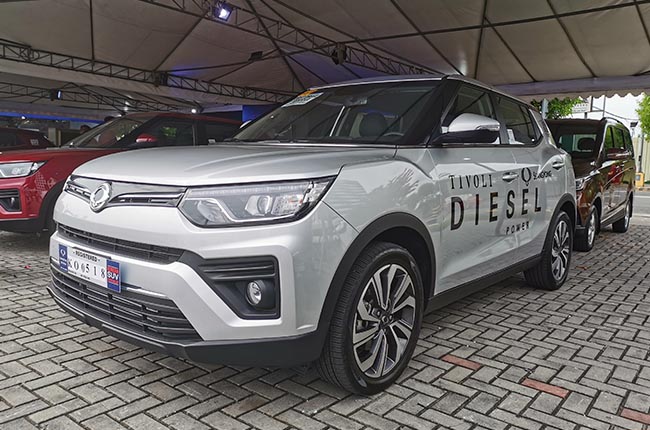 As the calendar year is about to end, Ssangyong Philippines has one more surprise in store for crossover buyers. The Korean SUV Specialist Introduced two new models a diesel variant of the Tivoli and the Korando at the Auto Focus Test Drive Festival. This was a two for one special we couldn’t resist. First on the test drive docket was the new diesel variant of the Tivoli.

Like adding an unknown spice to a prime cut of meat, I didn’t know what the new 1.6-liter turbo diesel engine would do to the already spritely car. I wasn’t able to take it too far from the designated test area. So fuel economy figures are still unknown. But with the frugal nature of modern turbo-diesel engines, I expect the 1.6 power plant to perform well. 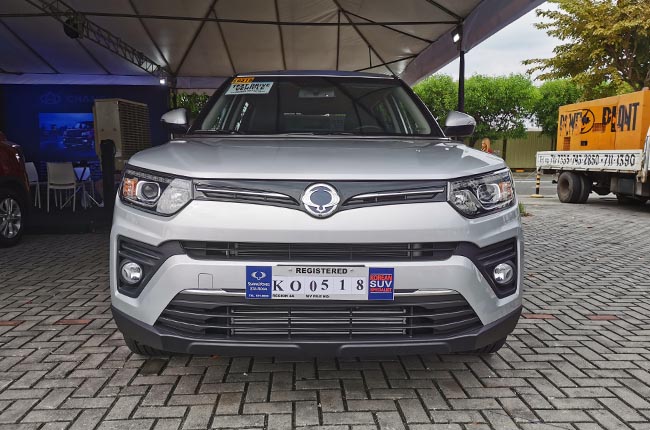 The particular unit given to me came in a Silent Silver paint job. The Tivoli already looks athletic in design. But it takes a bit of an eagle eye to spot the differences between the 2020 model and the 2019 model. The differences start with the head and taillights. These have gone through a redesign to fit the new model year. A chrome strip now divides the high and low beams. A new set of circular fog lamps can also be seen flanking either side of the crossover and at the center of it all, it features a redesigned grille. The lower bumper gets a new three-line grille design as well as opening up the front of the vehicle to more airflow.

The rear taillights also get some work done. Instead of just one red L shaped light at the back, the new unit gets three in its place. A minor adjustment but it does help the rear stand out a bit more. The signal and reverse lights have also been repositioned to be in line and on top of one another. A noticeable difference since the older model had its signal and reverse lights positioned diagonally from one another. The interior is where the changes done to the 2020 model become more evident. The center air vents have been moved from a vertical position to a now horizontal one above the infotainment system. At the center of the dashboard is a new floating hexagonal cluster. The cluster now houses the climate controls and the 8-inch infotainment system capable of using Android Auto and Apple CarPlay. The new layout still let buttons be pushed at a glance and retain a tactile feel. 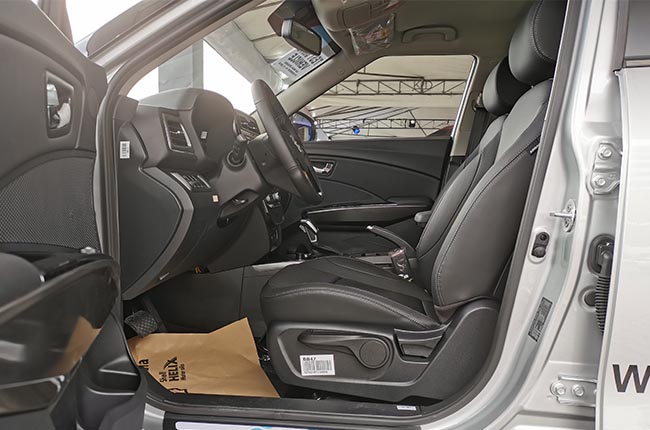 Seat material options can be with either leatherette or fabric. In the model tested it came with the black leatherette option. Seats are firm but comfortable a plus for those who are into a bit of spirited driving as the seats will bolster you well during turns. The seats were soft to the touch and the small indents let gave the seats a passive cooling effect. 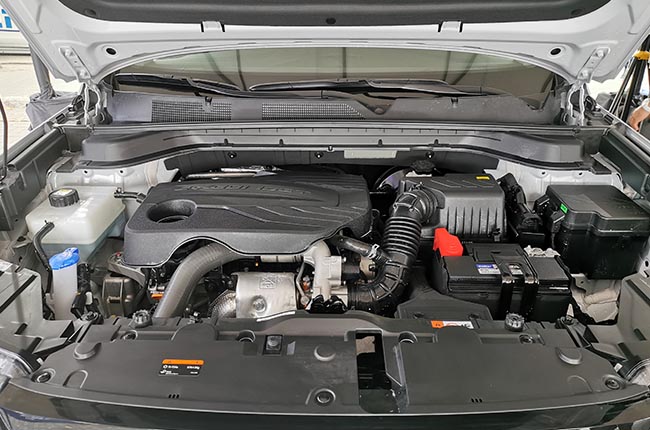 Now on to the good stuff: the driving dynamics. At the heart of the Korean crossover is a 1.6-liter turbo diesel engine. The diesel fed mill produces 134 hp and 324 Nm of torque. While it’s short in the horsepower department compared to its gasoline counterpart, it makes up for it with torque. 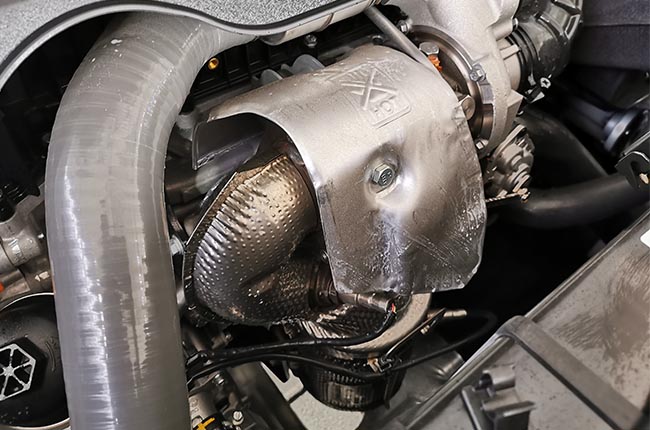 Speaking of turbos, the single turbo does a great job of getting the car moving. Once you hit boost, the car springs to life. Things get more aggressive if the car is put into Sport mode. It’s as if you just gave a starving dog a prime cut of steak and made it chase after it. Floor the pedal and the front wheels will scramble for grip but will rocket you forward.

The transmission was also on point shifting up when needed quickly allowing you to gain speed. Unfortunately, the test track was small and the vehicle couldn’t be taken out so testing the vehicle at cruising speed wasn’t an option. The maximum speeds achievable at the track would only let the vehicle hit second gear.

On the brick road test area, the Tivoli took the bumps in stride. The suspension took every imperfection without translating it to the body. Even with uneven bumps the car still felt stable. Taking it into a corner at speed didn’t phase the car either as the body remained stable throughout the turn.  Steering was really light but still nicely weighted. Maneuvering the vehicle on the slalom section of the test track was a breeze. The tight steering rack made changing directions quickly easy.

The new engine brings a sportier feel to the 2020 model. Paired with the already agile nature of the car makes it a fun quick car to drive. It fits nicely into the crossover segment being one a few diesels available. It offers excellent value for money, thanks to its features and its power train. It does, however, lack in the safety department with no driver-assist technologies present in the vehicle.

I thoroughly enjoyed the power of the 1.6-liter turbo diesel. It enhanced the spritely nature of the car. Having that much torque on hand can be addictive. The interior is also familiar to those who are coming from the gasoline variant.

For those who are looking for a diesel-fed small crossover and want to have a quick sporty car at the same time, you might want to consider the Tivoli Diesel. The diesel mill adds a little more spice to an already agile car. 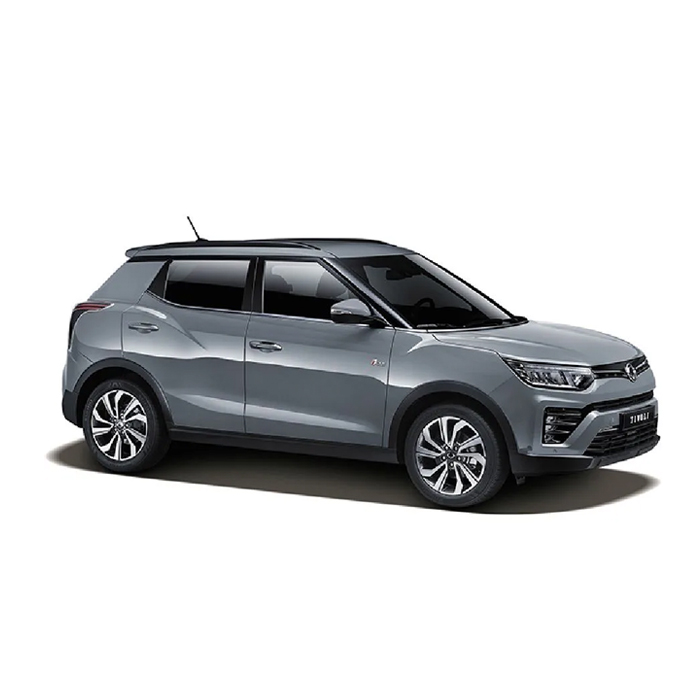