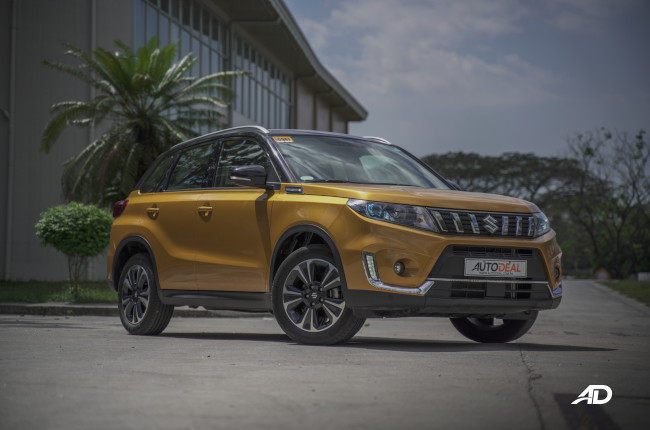 It saddens us to see that the Suzuki Vitara GLX is halting importation because other competitors have caught up in terms of quality and features at a more affordable price. Prior to the Vitara’s rivals entering the market, the subcompact crossover made waves with its affordable price tag, attractive features, and its fuel-sipper of an engine. Named the dark horse of 2018 by Caco, it was a big player in its segment no doubt.

Suzuki Philippines has already issued a statement regarding its exit from the brand’s lineup, and the availability of this line topper, along with the GL+, will be limited to the stocks dealers currently have. Currently, our site lists the Vitara GLX for P1,158,000, and we suggest you should take the initiative to ask if there are any units still available for sale if you want this variant. For those who are still considering this model, and are on the fence about it, here are a few reasons why we will miss the Suzuki Vitara GLX. 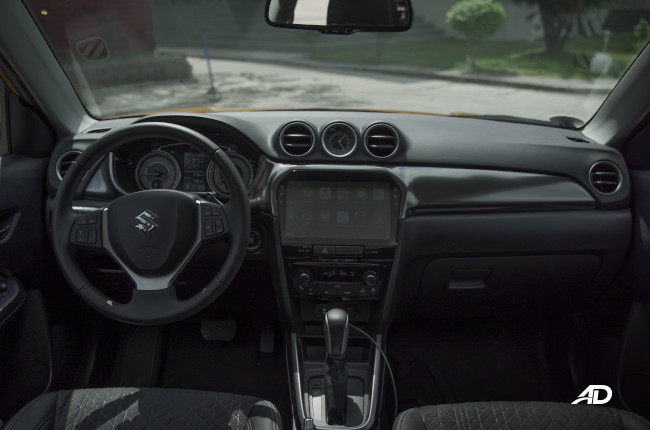 Laid in the center of an interior that is more simplistic than extravagant, the 10-inch infotainment system is a gem in this segment, as no other manufacturer has sized up against it just yet. Interacting with the large display is also quite enjoyable since the touch response is good as is the resolution being fairly good. What seals the deal for us is the integration of Apple CarPlay and Android Auto, which allows for seamless smartphone pairing via a USB cable. 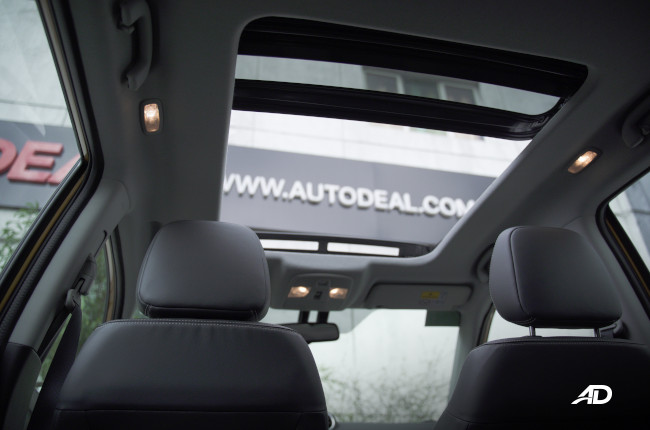 There’s nothing like a sunroof on a car. One of the quirks of most sunroofs is that they are only for the driver and front passenger. The Vitara, however, has a huge pane of glass that extends from the front all the way to the rear, so you can bring your kids in on all the fun in the sun. When it comes to driving, Suzuki knows how to make a car manageable whether at speed or in slow city crawls. The chassis that Suzuki developed was able to get a 4-star rating in the Global NCAP crash test, and it is a standard platform for all Suzuki cars, making it one versatile base. As a car to drive, the Vitara may look like your average grocery-getter or mall-crawler, but it does feel sharp in turns. It goes without saying, but we want cars nowadays to have a backup camera. It’s a non-negotiable feature to have after a certain price-point. Suzuki, as usual, one-up the status quo and back up its reverse camera with front and rear parking sensors. Whether stuck in traffic or backing up into a parking slot, the sensors will give an audible tone to notify the driver of any objects near the front or rear bumper. What’s funny is that the Vitara is so small, that you may find it driveable without these features, but you can never be too sure. Like we said earlier, the Vitara has a frugal gasoline engine, but just how frugal? We decided to test the 2020 Vitara GLX for nostalgia’s sake and was able to get a figure of 20km/L on the highway, up to 10 km/L in a fast drive around the city, and around 6 km/L in heavy rush hour traffic. These are impressive numbers for us, and knowing that Manila’s traffic isn’t getting any better also adds to its achievement. Though, the engine is standard in the lineup, so we’ll keep our chin up at least in this aspect. Sadly, we will have to say goodbye to the Vitara GLX. There is one more variant that will stay in Suzuki’s lineup, and that’s the GL AT that’s priced P913,000. Suzuki mentioned that it will bring in new variants and even some new models following the departure of the Vitara GL+ and GLX.