Let it be said that I am no stranger to the land of the rising sun. I’ve been lucky enough to visit Japan once or twice every year since 2015, with each visit taking in different perspectives on the hustle and bustle of city life, or the more laidback and serene suburban communities.

Aside from the authentic food (Tip: eat like a local and it won’t be as pricey), curious English translations, and a culture completely devoted to discipline and steady progress, I’ve noticed that Japan happens to have Asia’s best drivers. By best, I mean an excellent mix of road discipline, intensive training, and a clear, no BS mentality when it comes to enforcing the law. How so? Let’s dig deeper. Japanese drivers follow right of way rules extremely well, that they’re willing to wait for a pedestrian to cross several lanes of traffic before moving. Granted, almost every intersection has a pedestrian walk signal, and turning traffic never fails to make a stop.

You’ll also find that most controlled intersections do not have turn arrows, meaning a car making a turn across traffic will have to wait at a designated box in the middle of the intersection until traffic clears. It doesn’t matter how long it takes or how long you’ve been waiting, you wait until it’s completely clear, or the light turns red, allowing a quick few seconds to clear the turn.

The only times a driver in Japan will relinquish his right of way is for emergency vehicles and for vehicles indicating well in advance, especially when merging or taking turns. Cool thing is when you let other drivers in, they do number 2 below.

Japanese driving culture is almost obsessed with thanking one another or not getting in the way or impeding each other at all times. When you go out of your way to relinquish your right of way to be nice, you will clearly see a raised hand and a quick flash of the hazards. Think of it as a automobile bow; acknowledging the effort made to help them come out of a merging road or side street.

Take note, however, that Japanese drivers only give way within reason. Meaning, they themselves know that giving up their right of way must not impede others behind them or create a dangerous driving situation. 3. Motorcycles and scooters are aplenty

You’ll find that urban areas in Japan have a good amount of small displacement motorcycles, with a handful of bigger bikes. The roads and low speed limits (50-60 km/h on surface roads, 80-90 km/h major highways) make owning something over 250cc impractical. They dart around in traffic cautiously, still taking advantage of their small size to lane-split and filter at lights, then pull away quickly when the light turns green.

Yes, they do get close to cars, but it’s a normal occurrence that no one complains. It also helps that drivers in Japan respect two wheelers as much as any other vehicle, so it’s not uncommon to see them make little room for the bikes to squeeze through.

Related: Motorcycling 101: How to choose a helmet In Japan, drivers only change lanes when they need to. It’s not a case of diving to the fastest moving one just because the bus ahead is about to make a stop; they will wait for traffic to move or change lanes when it is completely clear. Speaking of changing lanes, they do so with indicators at all times. Just because it’s on doesn’t mean you can dart out, they wait for a good gap to accelerate and match faster traffic. They also keep the overtaking lane clear (the rightmost lane since they drive on the left side) at all times, moving over once they overtake a vehicle.

Multiple turn lanes can be a bit tricky for some drivers but in Japan, they’re so common that taking them at speed with vehicles inches away in the lane next to you is everyday driving. They start and end in their chosen turn lane, and they don’t cross the lines as they turn; it’s an excellent amount of trust in other drivers. 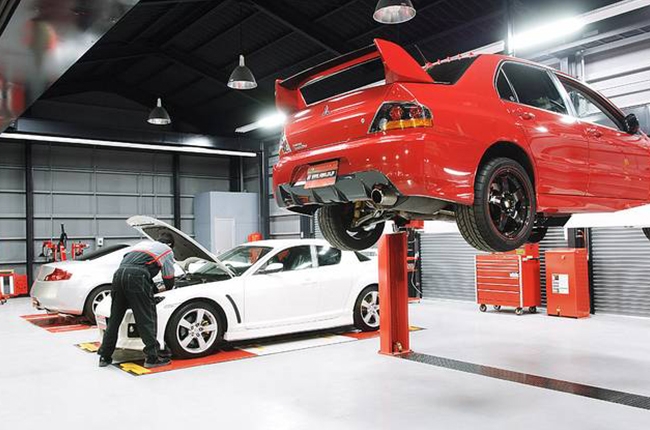 Jidōsha Kensa Tōrokuseido, or Shaken for short, is Japan’s vehicle inspection program for vehicles over 250cc. Taxis, buses, and trucks go through this inspection once a year, and passenger vehicles can vary at once every two to three years. Sounds normal enough, but the rules are extremely extensive, as things like headlight level and brightness are checked, as are interesting things like “All fenders and overfenders (including widebody style-kits) must not inhibit the turning of the car's wheels (which must be able to turn 30 degrees inward and 50 degrees outward)”.

You can choose to do the Shaken yourself or have a mechanic or dealership do the inspection and legwork for you. Costs can range from P40,000 to P90,000 pesos when totaled, as this includes the paperwork and inspection fees, compulsory insurance, and weight tax. Expensive, yes, but weeding out unsafe vehicles on the road is part of the reason why you rarely see a ratty or dilapidated vehicles on the road. It’s a dreaded inspection, but it’s all part of being a responsible owner.