If you want the comfort of a sedan, but with the capabilities of an SUV, then a crossover is what you want. These vehicles are based on a car platform, modified to increase ground clearance, ruggedness, and features to get the best of both words, hence the name crossover. But with so many models available in the market today, which is the best one to buy?

That’s why we at AutoDeal are here to help you shop for the best-value crossovers for under P1.5-million. Here are our Top 6 picks that we deemed the best based on their selling points. Although the BYD S6 GS-i is the cheapest model in this list, it’s one of the best-equipped in terms of features and amenities that are not normally found in its price range. These include front/rear parking sensors, leather seats, push-button engine start/stop, and a 7-inch touch screen entertainment system with Bluetooth connectivity. It’s also powered by a 2.4L 4-cylinder engine that’s connected to a 6-speed Dual Clutch Transmission (DCT) that’s developed in-house by BYD.

It looks sporty, but more importantly it can ride over floods and rough terrain with a 190 mm ground clearance. It also won the 2011 Annual Ranking of Chinese Automobile “SUV of the Year” award and a 5-Star safety rating from the 2011 China New Car Assessment Program (C-NCAP). The latest Ford Escape looks sportier with the brand’s new “Kinetic Design” language. This 1.6 EcoBoost SE variant, as the name suggests, is turbocharged to deliver maximum power output but with good fuel economy. It also has Active Grille Shutters that improve aerodynamics when driving at speed.

As a USA-sourced model, it’s no surprise that the Escape is loaded with features such as MyFord voice activated connectivity system, a 4.2-inch LCD display, a power-adjustable driver’s seat, and cruise control. It even has a Tire Pressure Monitoring System (TPMS) and Safety Canopy System with side curtain airbags and rollover sensor as standard equipment. Fresh from a mid-cycle minor model change in late 2014, the new CR-V sports a completely redesigned front bumper and grille, while the headlights are now equipped with LED Daytime Running Lights (DRL). It’s also now equipped with a 7-inch touch screen infotainment system that has Bluetooth, HDMI, and USB connectivity. The same screen is then shared by the multi-view reverse camera.

The CR-V nameplate is one of the longest-running models in the crossover market and it still offers great value for money until today. With rising gasoline prices, the next best thing to do is to go diesel. That’s why we chose the Kia Sportage as it’s the only model here which offers a diesel variant. This mid-range 2.0 2WD EX AT comes with an R 2.0 VGT Diesel engine with 177 hp and 392 Nm of torque, also making it one of the most powerful on the list. From the ground up, Subaru built the Forester to be an all-weather go-anywhere crossover. It’s rugged, sporty, and spacious. But the Forester’s strengths are its BOXER engine and Symmetrical All-Wheel-Drive system, enabling it to achieve a well-balanced, responsive driving dynamics. Plus, it’s the only crossover on the list that sends power to all 4 wheels.

For more information on the Subaru Forester, visit the AutoDeal Car Guide. 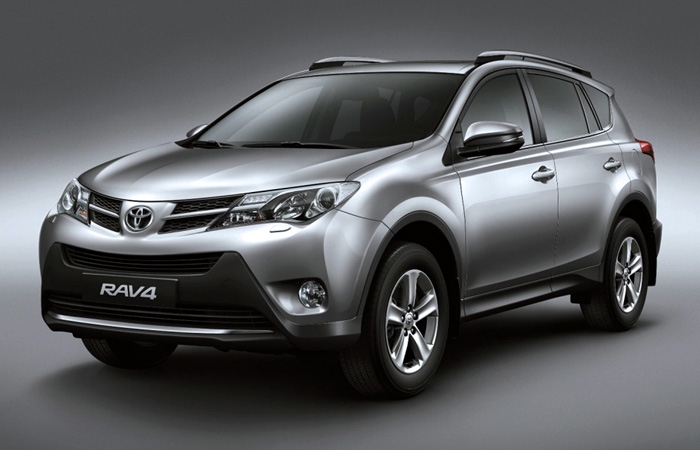 The 4th gen RAV4 was designed with Toyota’s new “Vibrant Clarity” design concept, which explains the aggressive exterior and easy-to-use interior. But beyond the styling is a crossover capable of driving in and out of the city, no matter the weather and road surface. It also has the same 2.5L 4-cylinder engine from the Camry with a 6-speed automatic transmission.

The Rav4’s biggest selling point, however, is that it’s a Toyota which means it’s reliable, dependable, and built like a tank.