In AutoDeal, we get a lot of questions from our readers and one of the most compelling queries we get about cars, in general, is this: “Kaya bang mag-Baguio niyan?” That holds true for every car that comes out of social media pages. Apparently, even BAIC Philippines President George Chua gets this question about BAIC cars.

It’s inevitable, though. If you’re among those who have driven to the Summer Capital of the Philippines, you know that it’s a challenging five- to six-hour drive. Steep inclines, winding roads, and even unpaved paths – you name it. These are just few of the things you’ll face on the road to Baguio, and it takes an experienced driver and an equally-capable car to be able to brave through them all safely and soundly.

So, to prove a point, Mr. Chua took the Philippine motoring media to test its new passenger cars on a long road trip to Baguio…and beyond.

The Road to Atok, Benguet Atok, Benguet houses the highest point in the Philippine highway system. It’s 7,400 feet (2,300 meters) above sea level and around two hours away from Baguio. The road that leads up to that point wasn’t a cinch. Imagine the Marcos Highway or even Kennon Road – only narrower, longer, more dangerous, and of course, higher. And with higher altitude comes a multitude of things I don’t want to geek about here but overall, it’s a tough drive; even tougher than an undercooked meat.

We left Baguio Country Club with a three-vehicle convoy – the BJ20 compact crossover (white), M50S small MPV (brown), and the M60 compact MPV (white). All three cars are filled with at least three passengers and with one goal: to reach the famed highest point of the country that cars could reach. 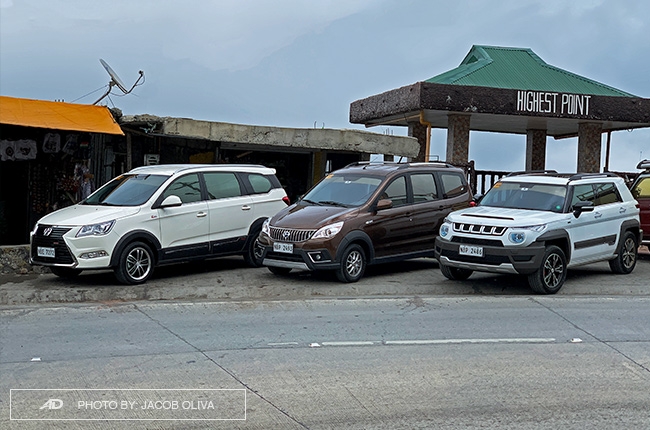 I was tasked to do the driving duties on the way up aboard the M60. It’s my first time to take this route and I was a bit nervous at first since I knew that it’s going to be a tough task. But the M60 delivered; its turbocharged 147-horsepower 1.5-liter engine (the same power plant inside the BJ20 that I reviewed before) was able to provide the necessary pull, and its light yet impressive handling made it easy to weave through the winding paths.

I also like the balance that the car employed. It felt safe even at speeds and was quick to center itself. Yes, there were really steep parts where the CVT needed to work harder but ultimately, the M60 was able to finish the deed, along with the other two BAIC cars in the convoy. 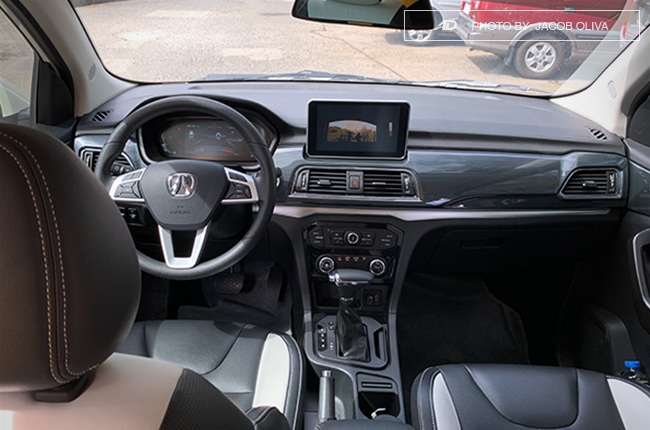 On the way down, it was the other driver’s turn to test the M60 and my chance to experience the captain seats found at the second row. This is also when I came to appreciate the ride comfort and conveniences inside the M60 as a passenger, which is the whole point of buying an MPV.

Aside from the captain seats, the rear cabin has its own control for its air-conditioning with all passengers having their own A/C vents. The leather upholstery was soft and sized enough to keep my buttocks in place. It also has a charging port for devices, which is quite essential for long drives. There were faux-wood accents by the doors but one thing I love about them was that they don’t look cheap at all, as is the rest of the car’s interior styling.

Oh, and on the way down, we were watching Mr. Chua’s favorite music videos on the nine-inch floating entertainment system inside the M60. 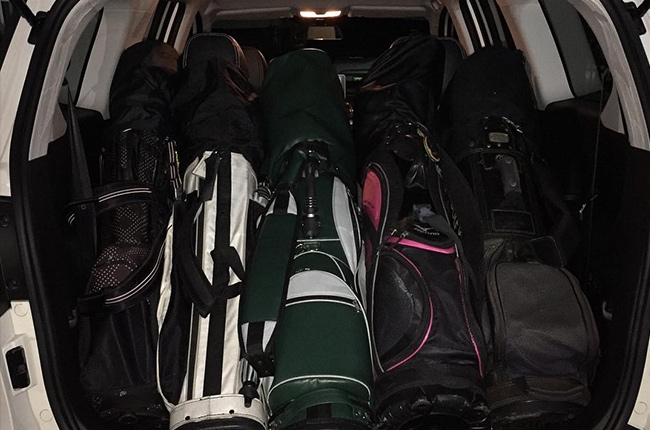 Mr. Chua owns an M60 himself, and for a good reason (aside from the fact that he owns the company). He loves how its cargo space can fit five golf bags when the third row is folded and stumbled. He took a photo of it as proof, and he’s generous enough to give me the permission to use that photo in this story. He even quipped that he owns several bigger SUVs but none of them could fit the same number of golf bags, which is pretty nifty for him since his whole family does play golf; talk about an exciting family affair.

In our own experience, going back to Manila from Baguio with our luggage and pasalubongs wasn’t an issue at all. So yes, the M60 can fit everything between walis tambo and golf bags. 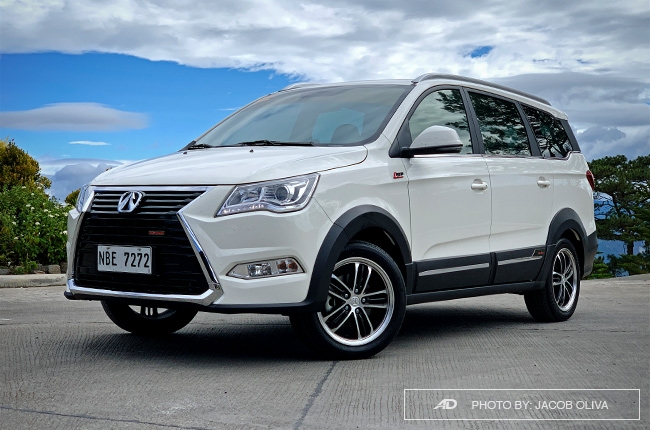 Truth be told, BAIC vehicles have grown so much from its previous passenger car offering. It’s deviating from its previous lineup of minivans and MPVs, which is now crossing the boundaries of an impressive car lineup.

When asked about the main selling point of BAIC cars, Mr. Chua was quick to answer this: value for money. With the decreasing buying power of a lot of Filipinos, car buyers should start looking for alternative vehicles that could provide more than what they’ve paid for.

With all the things I’ve experienced inside BAIC cars, with the M60 specifically, I tend to believe the man. It’s not every day that you see a car priced at P1,068,000 and offers features, flexibility, and satisfactory engine performance – even more than what the more popular nameplates can provide. The ability to reach the highest point in the Philippines highway system is just a bonus, I reckon.