The Kia Stonic presents itself as an ideal vehicle of choice for those young professionals looking to get their first city car or a reliable commuter. However, the South Korean crossover is more versatile than that and can be used in many other ways aside from being a great point A to point B commuter vehicle. It comes with a great feature set that can let you haul cargo when needed and comes with a good amount of ground clearance that can help you ford floods or go over some light off-road trails without any major modifications. That being said, here are a couple of reasons why the Kia Stonic is more than just your typical city car. The Kia Stonic is a crossover, and as such, it blends the comfort of a sedan with the ride height and looks of an SUV. That being said, the crossover comes with 185mm of ground clearance. While this isn’t a lot compared to its much bigger SUV counterparts, it is enough to give you some leeway when it comes to floods or when you need to go light off-roading. Having this extra space between you and the ground does come with its own set of benefits that will help you in more ways than one especially if you take the crossover out of the city. 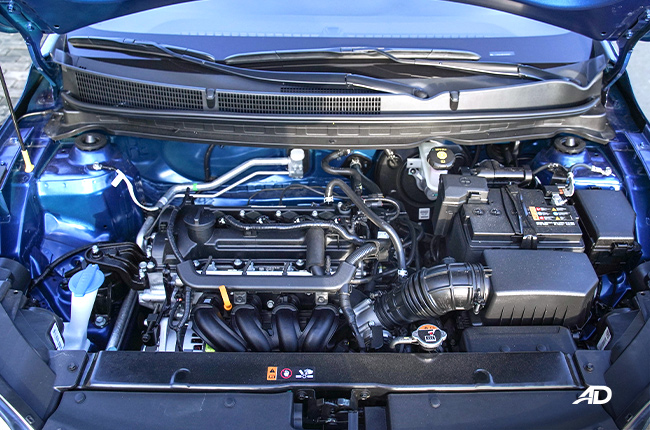 Under the hood, the Kia Stonic is equipped with a 1.4-liter naturally aspirated engine that produces 94 hp and 132 Nm of torque. While it may not seem like a lot on paper, the engine is capable enough of carrying five passengers plus their luggage over long distances without too much stress. You do have to account for more space needed when overtaking but it can take on Baguio without any problems.

It also helps that the Kia Stonic has great handling characteristics that will surely entertain you on long trips out of town and on the occasional spirited drive. It may not have 100 hp under the hood, but it's got the torque band to certainly make your drive exciting. The Kia Stonic despite its rather compact size does offer you a decent amount of space inside, It also comes with a great feature set that can help you easily maneuver the vehicle inside and outside of the city. Aside from this, it also gives you a great view of what's ahead thanks to its wide viewing angles. This can help you easily place the car where you need it to be especially in tight situations without the aid of a 360-degree camera. 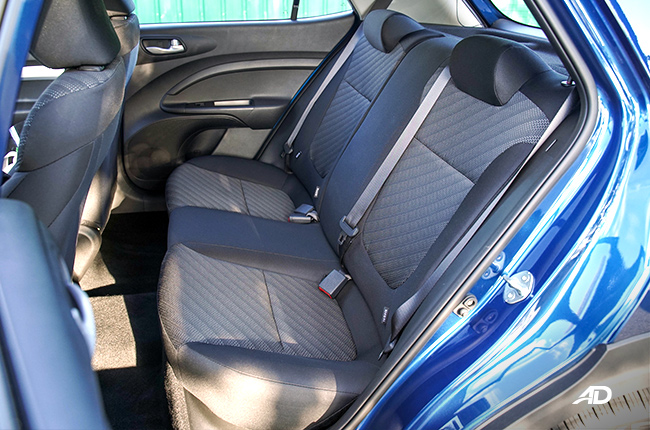 Because the Kia Stonic is a crossover, its rear seats can be folded. While it isn’t completely flat, it does serve the purpose of increasing the cargo space at the back. The South Korean crossover does come with a compact form factor, but its interior is more than capable enough of taking a few balikbayan boxes out for delivery. Aside from this, its luggage space is fairly deep, and can even take on a few suitcases if needed. It's not a pickup truck or SUV, but it does come with a decent amount of space to help you haul cargo if needed. 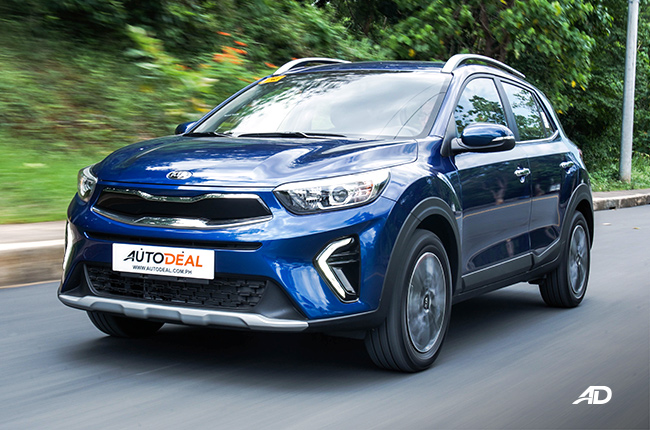 Thanks to its high ground clearance the Kia Stonic can do a bit of light off-roading. While it is equipped with street tires, it can go on areas such as grass and gravel. This makes it capable of being a glamping vehicle or a crossover that can be used on a farm for transportation. Don’t expect it to handle situations where mud is involved or where you need a four-wheel-drive system. The Stonic after all is only front-wheel drive. That being said, it goes to show that the South Korean crossover does the capabilities to be more than just a city car as it does come with a great feature set to be versatile within certain limits.