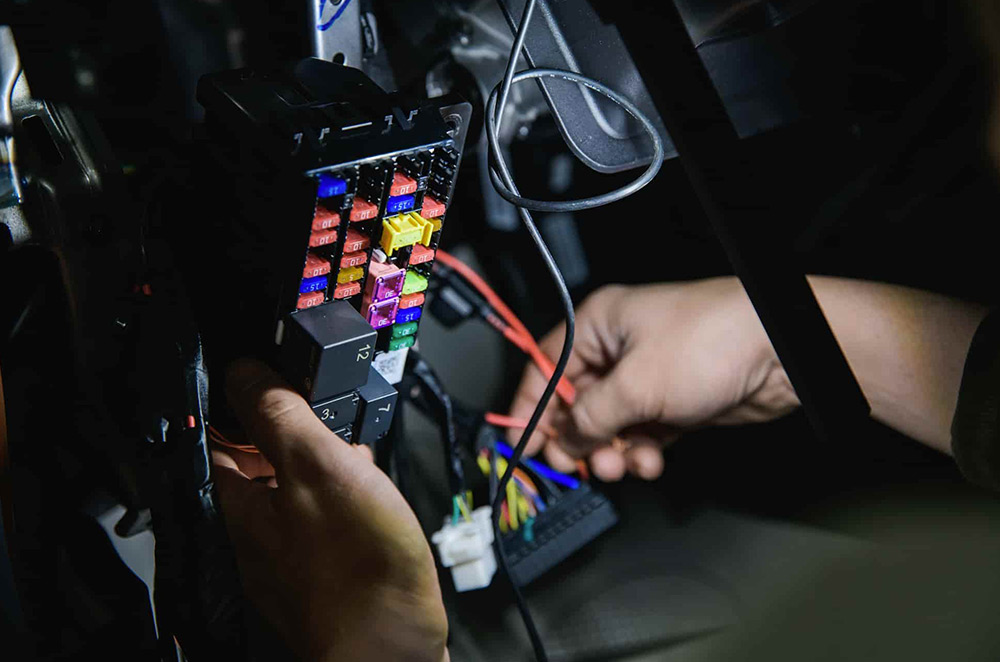 The electrical system is one of the more complex parts of a car. It's no surprise why some of us have been told never to touch it without good reason, but what can you do if you blow a fuse?

Whatever kind of car you have, be it a hatchback, crossover, or SUV, any modern car will have a fuse box under the hood. The fuse box contains an assortment of multi-colored parts enclosed in hard plastic. While the fuse box may look intimidating, it's a good idea to learn about these components in case you encounter electrical problems.

Most people may be familiar with the fuse box inside their homes. These are usually gray-painted metal boxes with physical switches for controlling the fuses. Car fuses serve a similar purpose, and that is to protect your vehicle's electrical system from harmful power surges. When your car experiences an electrical surge, it may produce more current than the circuit can handle. That would result in blowing a fuse.

A blown fuse stops the flow of electricity, preventing damage to the vehicle's components. Different parts of a car may have separate fuses assigned to them. In particular, most modern cars have distinct fuses for the engine control unit (ECU), ignition, and fuel injection system. Because several fuses are standing by at any given time, a relay is needed to control when a circuit opens and closes.

Relays are electronic switches that transform small electric stimuli into larger currents. This component gives the electrical system the right amount of power it needs to perform at an optimal level. There are a variety of reasons for experiencing a blown fuse in your car. Often, this will be a random occurrence, but sometimes it may signal a deeper issue. A short circuit, ground fault, or a malfunctioning component can all cause a blown fuse.

Electrical problems can be a nuisance. If a fuse connected to a critical part of your bike blows, the engine may not even start. So, it's clear that we should be paying attention to a car's fuse box. The somewhat random nature of blowing a fuse means you always have to be prepared.

Check your fuse box if you notice something off about your car, such as when an electrical component has stopped working. Depending on which fuse is affected, you may experience faulty lights, power windows, windshield wipers, or more.

To replace a fuse, start by identifying which one has blown. Fuses are made of translucent material, so you'll be able to see a strip of metal inside. The metal is designed to melt when the amperage exceeds a certain level. Check if the metal is intact. If it's not, the fuse is likely blown and needs to be replaced.

Consult the fuse diagram on your owner's manual. Then, match the color and amperage of the replacement and the blown fuse. Inserting the new fuse into the proper slot should restore things to normal.

Related: How to check and replace your car's fuses

As we've explored, the electrical system is a crucial and sensitive part of a car. Fuses and relays help protect against sudden power surges, but they don't guard against everything.

Aftermarket modifications that strain the electrical system could be problematic if left unchecked. Mods like high-wattage sound systems not only affect fuses, they can also add load to the alternator. So, make smart choices if you want to keep your electricals in top condition.