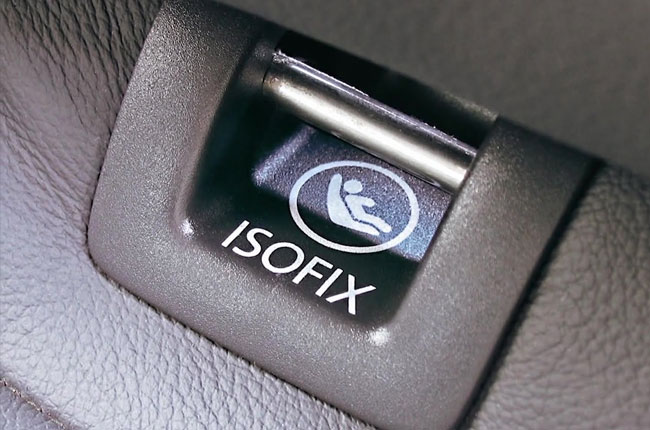 Child safety seats are one of the primary things that parents should consider having inside the car. These seats are specifically designed to hold your young one in place in case of an accident. However, not all child seats are safe enough, especially those that are not ISOFIX-compatible.

Child car seats used to be secured using the car's seatbelt, while some feature the LATCH system. LATCH seats are secured using integrated tethers on the base of the seat. It wasn't until the 1990s when the ISOFIX safety feature was launched. Unlike in LATCH, ISOFIX seats have metal anchor arms that clip on the ISOFIX anchorages. Seatbelt for kids below 4'9” is dangerous

Seatbelts have their own standard size, and little kids might be too short for them. In order to safely buckle a child on the seat, the back of the knee should touch the edge of the seat. This only happens when a kid is over 4’9” tall, regardless of his/her age.

The most common type of seatbelt is the 3-point seatbelt. This type of safety harness has 3 anchor points to support both an occupant's lap and upper torso. The webbing is oriented like a right triangle, with the base as the lap belt. If a kid with a height below 4'9” buckles up, the shoulder belt would be positioned near below or on his/her neck. This is very dangerous, especially when the car gets involved in an accident.

More importantly, we, as adults, need to take note that seatbelt causes what experts refer to as 'seatbelt syndrome.' This condition applies when the seatbelt causes markings on the body of an occupant. Again, with a shorter kid, the lap belt will be positioned at the level of his/her stomach. In a much worse condition, children may receive intra-abdominal injuries or thoraco-lumbar vertebral fractures. 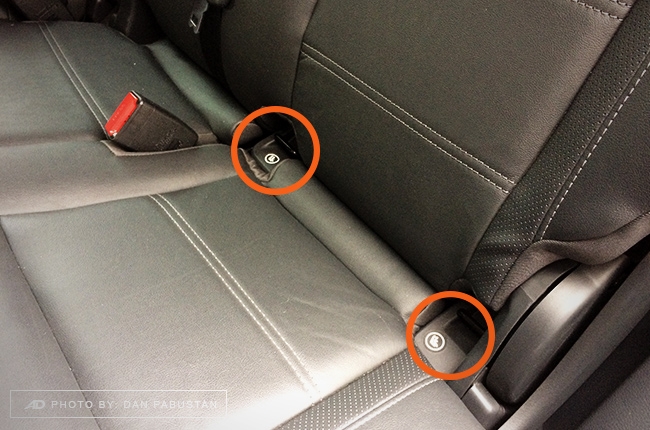 Not all child safety seats feature ISOFIX. Some child seats are designed to be latched on the car seat, or secured by the car's seatbelt itself. Often than not, this type is cheaper compared to the ones that are ISOFIX-compatible. However, low price doesn't dictate the fate of your child.

In a study conducted by the European Association of Automotive Suppliers (CLEPA), ISOFIX and LATCH were put to test to know which is more rigid. Both child seats were subjected to a side-impact test using a dummy kid. The result revealed that, without a doubt, the ISOFIX-attached child seat is the only one to pass all the criteria.

The problem of the LATCH seat was due to its flexible attachment, which provides an allowance space for sideward movement. ISOFIX child seats, on the other hand, is firmly attached on the anchorage through the solid metal clip. This gives the seat a steady grip into place, securing your young one in place during an accident.

Take note, though, that your car should also be ISOFIX child seat-compatible to completely rip its safety benefits. 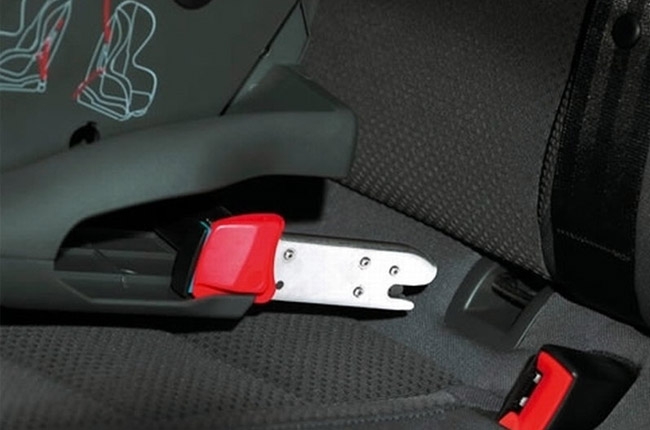 How to install an ISOFIX seat

In case your car is ISOFIX child seat-compatible, here's how you can install them. The ISOFIX child seats have 3 points, which are 2 metal connectors on the base and a top tether, or in some cases a support leg. The top tether anchor point is located behind the 2nd row car seat. This is where the top tether belt is attached for added support on the weight of the child seat. The support leg on the other hand is a stem at the bottom of the child seat's base, which can be extended to cabin's flooring. 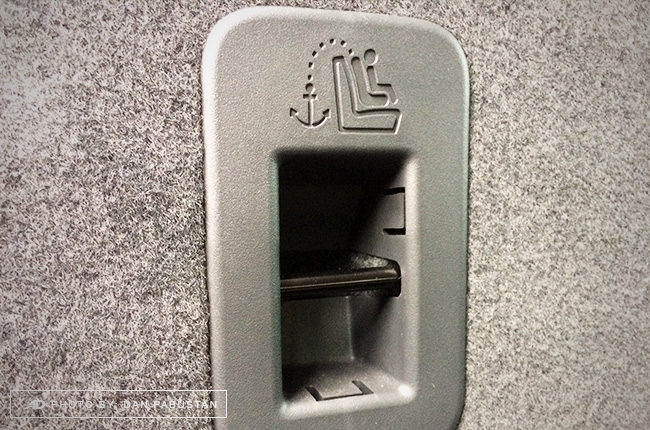 Unlike seatbelt-installed child seats and LATCH seats, ISOFIX is simple to install and is difficult to be improperly attached. All you have to do is find the lever at the bottom rear end of the child seat to pull the attachment arms. Next, align those arms to the metal anchorages at the bottom of the car seat's backrest and push it until it clicks. Make sure to look for the installation indicator which turns green when the seat’s attached correctly.

Once that the child seat is firmly pushed to the car seat, locate the car's top tether anchorage and attach the top tether belt. When the safety seat is set and ready, give it a little shake to check if it's really attached firmly. ISOFIX, is no doubt, the safest child safety seat option there is in the market. It's the all-in-one safety seat as most ISOFIX seats can also be used in the conventional attachment, which means it can also be latched on using the seatbelts of your car. The rigidity of these seats are supported by the car's chassis and not only by the polyester material used in seatbelt webbings.