We understand that some owners want their vehicles to come with their unique look to them. This lets the owner know that their car is theirs and lets it stand out in a sea of otherwise similar cars. The customization of your vehicle can range from aftermarket wheels, performance-enhancing parts, and additional equipment to make driving easier or safer. Oh, and adding a few stickers won’t hurt, right?

Related: 6 things we miss (or not miss) in old cars

With the topic of stickers in mind, when done right, can add some visual flair and a sense of completeness to car nuts and automobile aficionados. When we mean done right, we mean that the decal or sticker pertains to that car’s manufacturer, tuning house, or the part that exists in the car’s specifications. And no, stickers don’t add horsepower, no matter what they say. So let’s dive into it, shall we? Here is our guide to the stickers and decals that you can put on your vehicle to gain a bit of proper street cred. 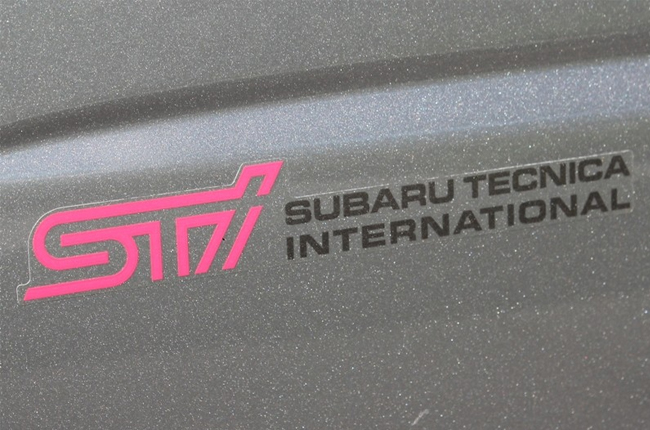 The three lettered pink badge that you found on Subarus meant business, and the sticker and badging is only given to vehicles worthy of it, embodying the performance that Subaru Tecnica International (STI) is known for. Founded in 1988 by Fuji Heavy Industries, the company that creates Subaru automobiles, STI handles all motorsport activities and performance vehicles of Subaru, slapping their seal of approval to rally-bred machines where 300 horsepower and all-wheel drive is the norm. A Subaru with an STI badge is a force to be reckoned with on and off the road. 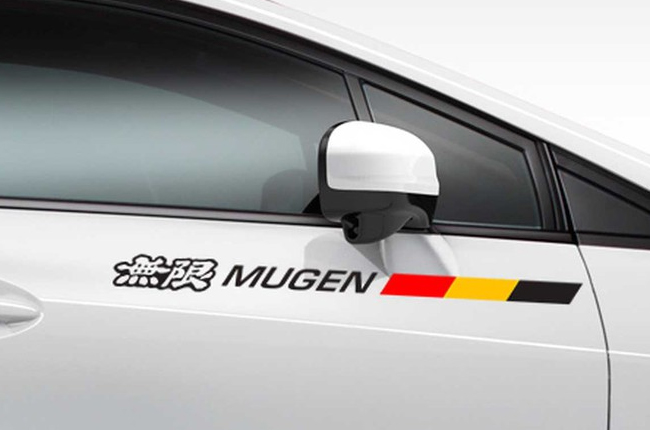 Founded in 1973 by Hirotoshi Honda, son of Honda Motor Company founder Soichiro Honda, Mugen (M-TEC) tunes engines and manufactures parts for Honda and Acura vehicles. Mugen means “unlimited” or “vast”, hence the word power after the badge, denoting “unlimited /vast power”. Mugen has a myriad of parts ranging from body kits, exhaust systems, and performance engines for Honda automobiles, adding legit performance credentials. They also have a huge involvement in motorsport, tuning and racing Hondas in the Super GT championship, Formula 3000, and even Formula One.

Something to take note of is that Honda also has a subsidiary brand that designs body kits for its current lineup of vehicles. The brand in charge of it is called Modulo. While it also has its roots in motorsports, it shifted its orientation towards aesthetics instead. 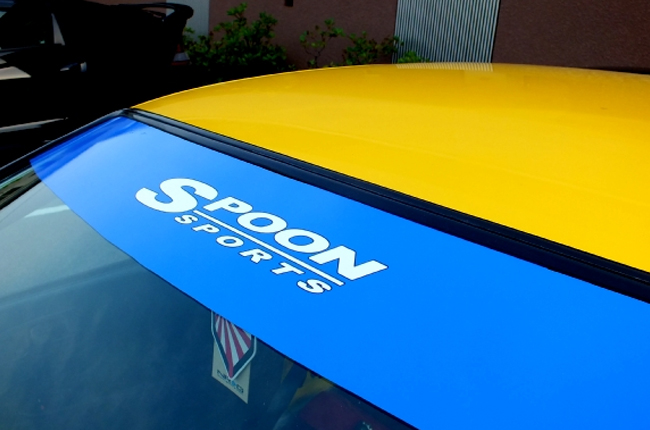 Spoon Sports (Spoon) was founded in 1988 and specializes in tuning and performance focused parts for Honda and Acura. Named after a long, sweeping corner of the famed Suzuka Circuit in Japan, Spoon has a wide array of aftermarket parts for most Hondas and Acuras, such as suspension, transmissions, braking and cooling systems, and even body kits. Remember the eye-catching 4-piston monoblock caliper found on the Honda Integra? Spoon. The coveted Spoon SW388 wheels are JDM gold, and their VTEC controllers allowed minute adjustments to VTEC engines to extract optimum performance. 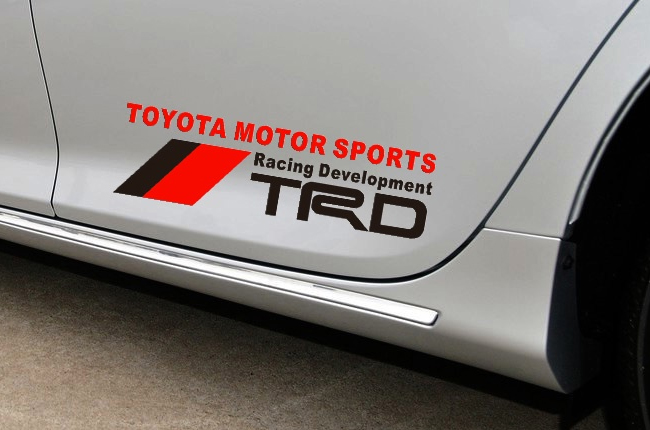 Toyota Racing Development (TRD) is an in-house tuning firm for cars under the Toyota banner. They handle the tuning and improvement of production vehicles and support Toyota’s racing endeavors around the world. TRD produces performance components and accessories, which are usually available on vehicles outright, or require specific purchasing at the dealership. TRD also involves itself in motorsport around the world, having a presence in Japanese motorsport, as well as the most prestigious championships around the world, such as NASCAR, FIA World Endurance Championship (WEC), Formula One, World Rally Championship (WRC), and 24 Hours of Le Mans.

However, in recent years, this brand has been replaced by the Gazoo Racing brand of Toyota which has been developing the automaker’s latest batch of performance-oriented vehicles all over the world. 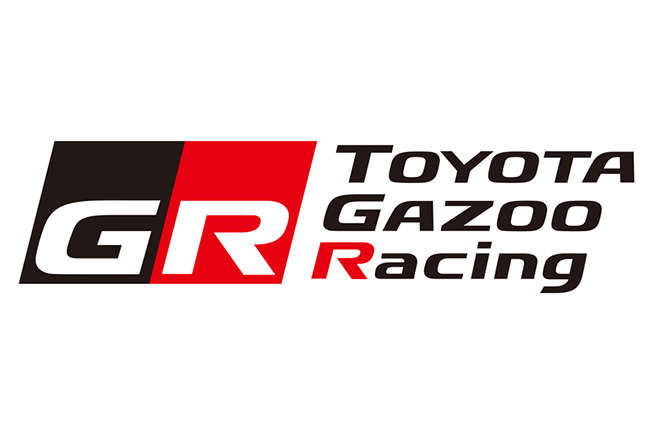 Gazoo Racing is a motorsport and performance brand under Toyota. It tackles various racing disciplines that such as rally, circuit, and endurance racing. Throughout the years it has won several championships. It originally started as an in-house team of student test drivers for Toyota that was headed by Hiromu Naruse, from there it involved into what it is today taking over TRD as Toyota's new performance-oriented sub-brand. It has since sprouted out into several subdivisions which include GRMN which handles the higher performance-oriented vehicles that Toyota makes and GR Sport which gives the automaker's lineup of cars a sportier look. While the brand has disappeared under the public radar for quite some time, Mitsubishi has decided to bring it back but this time for aesthetic purposes. As for badging the Japanese automaker plans to return it for its sportier variants that are coming soon.

Related: Will we see a new Mitsubishi Mirage next month? 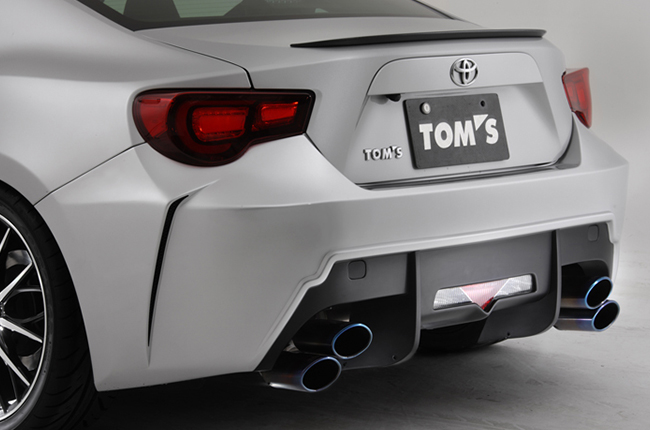 Established in 1974, TOM’s stands for Tachi Oiwa Motor Sport, and is a factory supported racing team and tuner of Toyota and Lexus vehicles. They’ve worked on creating several special edition Lexus cars, and have stand-alone aftermarket parts such as body kits and performance components for most Toyotas. Motorsport is also a priority for TOM’s, being heavily involved in Super GT, Super Formula, and Japanese Formula 3. Mazdaspeed started as an independent racing team in 1967, fielding Mazdas for numerous championships internationally. Mazda Motor Corporation officially assumed control of Mazdaspeed in 1999, with a focus on developing performance oriented models and special parts for consumer vehicles. In 1991, a Mazdaspeed 787B won at Le Mans, the first ever victory for the Japanese team, solidifying their place in racing history.