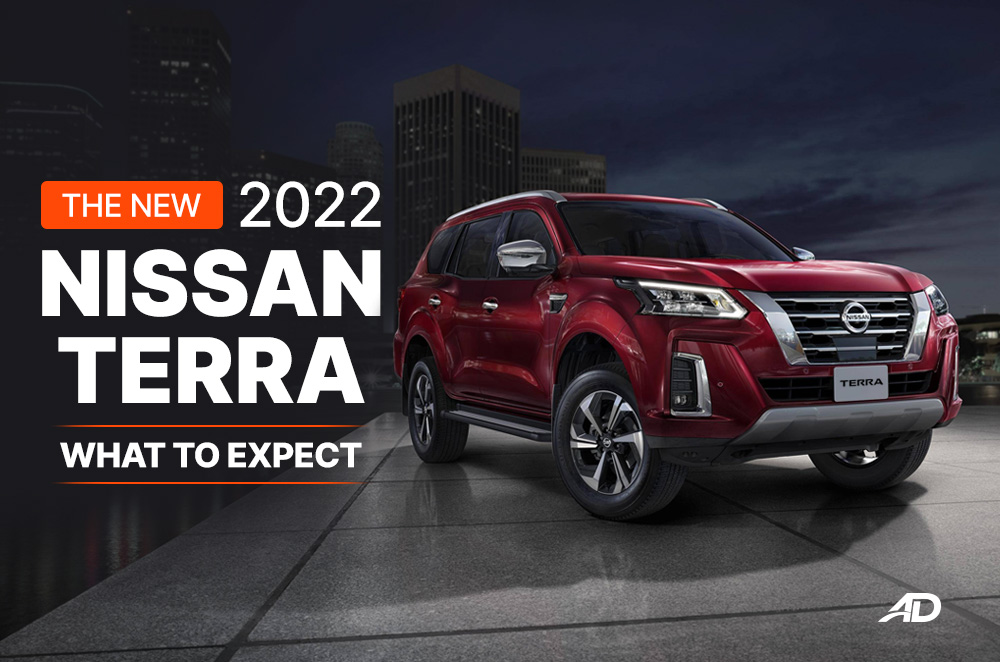 The new Nissan Terra is coming, and according to a few sources, it’s already here. The midsize SUV launched last year in the Middle East, and Nissan Philippines Inc. (NPI) is finally bringing over the updated SUV to our market.

Based on the leaks, photos, and teasers posted by Nissan Philippines, we can infer a few things from the brand's newest rendition of its popular SUV, here’s a list of what to expect from the Terra.

Related: New Nissan Terra to have Bose speakers and other features for the Philippines 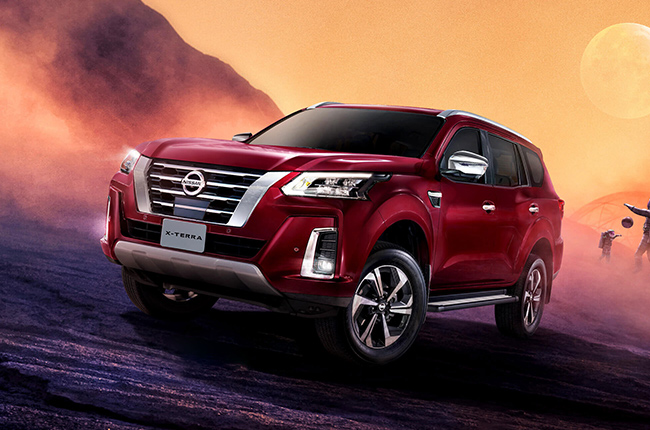 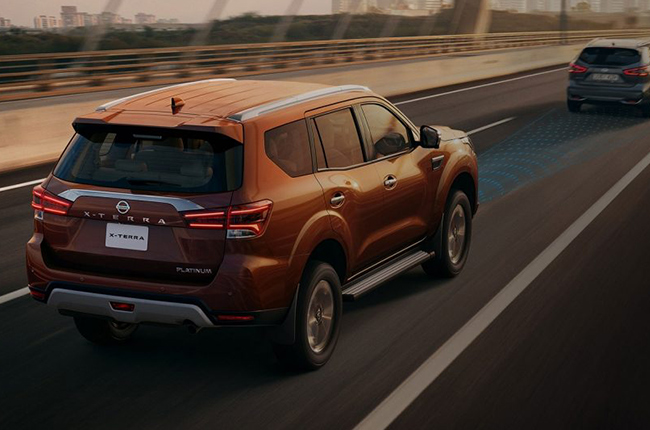 When Nissan launched its updated Navara, we were gobsmacked by just how good the exterior design of the pickup was, and the same can be said about the Nissan Terra. It looks classier than before, taking some cues from yet to be updated Patrol from other countries as well as models that aren’t available locally like the Nissan Pathfinder. The new Terra ties in with the rest of the lineup, and Nissan did a darn good job of making its midsize SUV look markedly different compared to its predecessor. We’re also expecting a new set of two-tone wheels finished in silver and black.

Granted, there will be a few of you that prefer a boxier and edgier look. The pre-facelift model has accrued a large following when it was first released. We’re aware that some of you may not like the look of the new Terra, but it has another trick up its sleeve. One thing that we were quick to nitpick about the Terra prior to the update was its bland interior. While it shares the same interior with the Navara, the new Terra finally looks like a proper SUV that can compete with the rest of its rivals in the market.

It appears that Nissan will also be giving consumers the option to get a colored interior apart from the standard black or chocolate brown that we’ve grown accustomed to. We could see a few more colors like beige and black, or even red. Even the dashboard and steering wheel got a refresh. The same wheel that we’ve grown fond of on the Navara is present on the Terra, but the Terra gets a redesigned dashboard that features a more impressive shape. On top of that, the seats will also get a re-up, with a new angular pattern. The Terra is already equipped with one of the best technology packages available. In its top-spec, the model gets the Around-View Monitor (AVM) and an infotainment system that has Apple CarPlay and Android Auto connectivity.

This time around, the Terra will get a set of Bose speakers which should further improve the sound quality that drivers and passengers will experience. Other features that seem new to the nameplate are an electronic parking brake, a new gauge cluster that looks to be the same as the current Navara. Fan favorites like the rear monitor for rear passengers make a return at least for the variant that was teased. We cannot forget that Nissan’s 4-cylinder turbodiesel is still quite potent even to this day. While it may not have jaw-dropping specifications, it still stacks up in terms of real-world performance. With 187 hp and 450 Nm of torque, it’ll get the job done.

Though, it remains unconfirmed if Nissan will actually field the same engine. It seems extremely likely that the same 2.5-liter diesel motor will still carry over to this model just like the Navara. That being said, who’s to say that Nissan wouldn’t give this model a buff in power figures? Unlikely, but we’d like something like that. Toyota did something similar to its Fortuner, which netted a price increase of over P100,000. The same pattern was followed by the pricing of the Mitsubishi Montero.