You hear manufacturers throw around the world “comfort” a lot. Sure, every car is “comfortable,” that is, compared to walking or a motorcycle, but what’s the standard? What makes a car truly comfortable?

Let’s give you a few things to look out for in order to tell whether a car is comfortable. We’ll give you the low-down on how we test comfort and how we deem whether a car has a nice ride. Even without a test drive, however, there is a way to tell whether a car is up to our comfort standards, then from there it is just a matter of getting it out on the road and putting the chassis, suspension, and sound deadening through its paces. 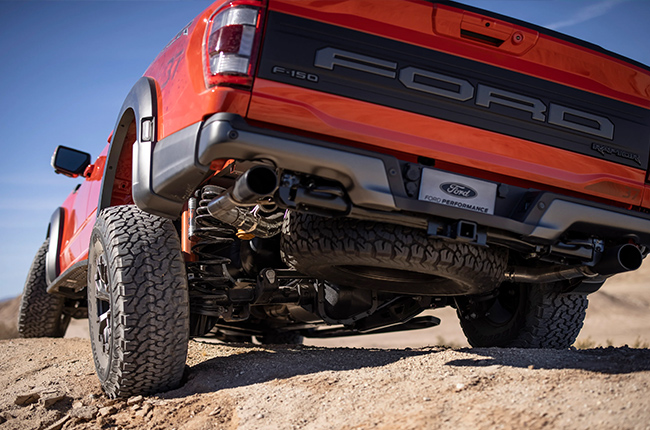 The moment that you get the brochure and check the chassis portion of the specs. It’ll likely be the first or the second table of numbers and words. Buzzwords you want to see are unibody, MacPherson or double wishbone, Multi-link, and coil springs. Generally, you can expect a very pliant ride in cars when these items are listed in their spec sheets.

Related: What type of suspension setup should I have?

While these words mean little on their own, together they indicate a lot and can tell you what to expect. If you see MacPherson and Multi-link front and rear suspensions, respectively, then you can expect a pliant ride over less-than-stellar roads. The reason is that these two systems are fully independent of each other meaning that when one wheel experiences an undulation, the other remains where it is and mitigates body movement. Granted, you don’t need a multi-link rear suspension to ensure that your car is comfortable as many subcompact vehicles have torsion beam rear setups that can get quite comfy on a drive. However, what’s more, important is that the car is sprung by coil springs. Leave springs in cars are very bouncy but they offer up a lot of strength. That’s why most pickups tend to have a bouncier ride when compared to most crossovers, sedans, and hatchbacks.

What’s more important than the suspension is to check how the chassis is built. SUVs and pickup trucks are built on a ladder-frame chassis, which is considered a multi-piece construction method. This results in quite a few gaps between each part of the chassis but with the added benefit of strength. Not all ladder-frame chassis are created equal, and there are a number of high-end luxury SUVs that boast the chassis strength and comfort at the same time. This has to do with the quality of the suspension components as well as the design of the suspension as well. For most popular cars, however, ladder-frame chassis is not as comfortable as cars with unibody construction. That being said, most crossovers will run circles around SUVs and pickups in terms of comfort. On top of that, most SUVs and pickup trucks utilize a rear-wheel-drive layout with a live axle, differential, and a sturdy rear suspension setup that is built for strength rather than outright comfort. It’s not uncommon to see a midsize pickup or SUV come with a semi-independent suspension all around. Again, everything here is open to interpretation, and getting a car out on the road is your best bet when it comes to determining whether a car is comfortable or now. First of all, it’s not a dealbreaker for a car to have semi-independent suspension, but it certainly is a point in its favor. Ladder frame vehicles can get quite comfy given enough engineering and thought so a real-world test is the best way to test out a car and come to a conclusion.

So on your next test drive, try not to avoid bumps and potholes and go over them as if you didn’t see them. Feel how the car’s suspension and body move as it goes over bumps. Keep your eyes planted on the road ahead and check how much your head moves and how much your eyes have to adjust to the road. If you feel that your head is bobbing around and up and down as you go over bumps, that could be an indication that the suspension isn’t that comfortable. If you are on a relatively flat non-asphalted concrete road and your body is bouncing around, then that’s a point against the car in the comfort department as well. The way that vehicles manage body movement over bumps is by letting the suspension absorb the impact of both the car’s weight crashing down on the road and the subsequent force of it bouncing up again. This is called compression and rebound. The spring compresses, the dampers return a certain level of resistance, and then the controls the rebound of the spring. A well-tuned suspension will compress and rebound without much drama or hopping and keep the tire in consistent contact with the ground. However, if a car has too much of either, you may experience bouncing or a very harsh ride.

A car with a stiff suspension isn’t the best, granted, but it indicates that its chassis and suspension componentry is well-tuned and behaved. As long as you’re not getting several instances of the body bobbing up and down, you’re good, and the car is good as well. You don’t want to hear some loud and sharp thuds while going over bumps either as it's doubly uncomfortable. Dense interior plastics aren’t just there for show, quality materials also indicate that a car will be able to drown out and absorb a lot of the sound waves that emanate from the outside world. Whenever we say “NVH,” we mean noise, vibration, and harshness. A good interior with dense materials can drown out a lot of NVH but interact with the doors if you want to know whether a car has great insulation. The sound of a car door closing is perhaps iconic and varies from model to model. Manufacturers pay attention to this detail and tend to stuff the doors with some sound dampening materials. Doing that increases the density of the door and also insulates the cabin from outside noise and vibration. After that, inspect the wheel arches for soft materials or give it a nice tap if it’s totally covered in plastic. Hollow arches tend to let road noise from the tires seep through and into the cabin, so you want a nice layer of insulation between your wheels and the body.

We tend to take sound for granted in cars, mainly because we play music or strike up a conversation while we drive. However, audiophiles and psychologists will agree that there is a correlation between your mood and the sound that you hear. At high speeds, wind noise can get tiring to listen to, and you don’t want that in a car as it can wear you out and drain your energy. If you’re test driving, try and get up to speed and listen to how the car cuts through the wind. If you’ve ever sat in front of a fan at full blast, that’s the sound that you don’t want to hear too much of at high decibels and frequencies. Then listen in on the tires, if you can’t notice it over the wind noise then you’re golden and that car gets high marks.

Then go over roads that are not so great and listen in on how the interior takes going over bumps. A tight interior is a good one, as loosely installed parts can make annoying noises. Just listen in to where the sound is coming from and then draw your conclusions from there. 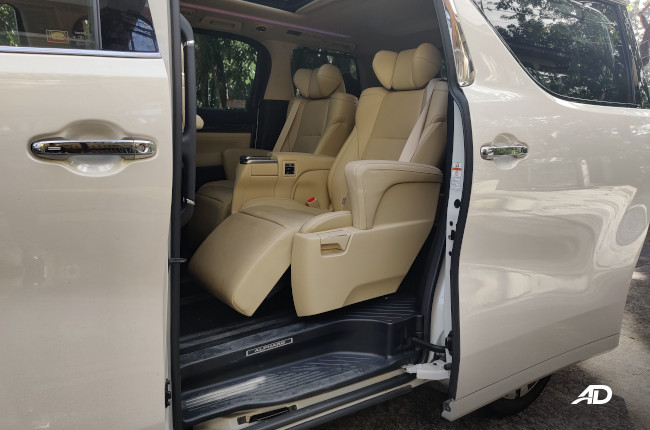 There are a ton of seat configurations in cars ranging from the standard five-seater to the lofty captain's chair configuration. Your comfort will vary whether you're a driver or passenger in the front row, or a passenger sitting in the back seat. Because cars have four points of contact with the ground and four suspension systems working to keep each wheel in contact with the ground, your comfort level may vary if you're sitting closer to the front, in the middle, or at the back.

We've noticed a good number of cars that are pleasant to drive but rather bouncy to ride. Most pickup trucks suffer in terms of ride comfort for back-row passengers. Because the rear seat is closer to the hard rear suspension of these types of vehicles, back-row occupants may bounce around when going over bumps. The same can be said of most cars with semi-independent suspensions. The rear is usually the area where manufacturers fit a semi-independent system for more low-cost vehicles and rear passengers will feel the undulations of the chassis more than the driver simply because they are closer to the action. As such, try and sit in different spots while you test ride. Have a friend go with you and drive for you to test the comfort on each of the seats. The driver's seat is usually the comfiest in terms of outright ride comfort, but that changes when you have captains' chairs in the middle row. Be sure to get into all rows before you form your conclusions.