Hybrid cars are just starting to take hold in the Philippines. Although not a new technology by any means, hybrids are a welcome change of pace for the local car industry. Automakers like Toyota and Geely are eager to saturate the market with efficient and well-made hybrids they hope Filipinos will embrace.

Due to their newness, there are terms relating to hybrids that we may not fully understand. With that said, let us explain hybrid technology and the difference between full, mild, and plug-in electric hybrids.

What is hybrid technology?

In cars specifically, hybrid technology is the combination of a traditional internal combustion engine with one or more electric motors. The hybrid system uses regenerative braking, which is a mechanism used to recover and store energy that would otherwise be lost to the brakes.

All hybrids use a battery pack that's separate from the one found in regular cars. This is typically a high-voltage pack that uses regenerative braking to recharge itself. In other cases, the battery will have access to the gasoline engine for charging. Manufacturers typically use their own hybrid architectures, so the systems can vary from brand to brand.

Depending on the type of hybrid system, power can be distributed wherein it's mostly the gasoline engine, mostly the electric motor, or an equal mix of both doing the work. However it works, the result is less fuel burned, fewer emissions, and a more fuel-efficient car.

What is a mild hybrid? 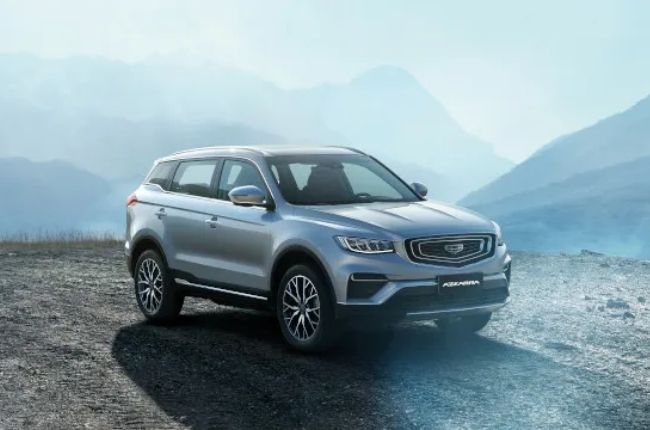 A mild hybrid, also known as a battery-assisted hybrid vehicle (BAHV), uses an electric motor to assist the combustion engine. The motor works in tandem with the engine but is not powerful enough to propel the car by itself. Mild hybrid cars are typically more efficient than their gas-powered counterparts but are not as efficient as full hybrid cars. Mild hybrid powertrains can usually start and stop at a dime due to the assistance of the electric motor. Some models may also feature regenerative braking systems.

In the Philippines, we currently have a couple of mild hybrid models in our market. These include the Geely Azkarra and Okavango. The Azkarra is a compact crossover that features a 48V Energy Management System with regenerative braking. The system can also augment the Azkarra's power, as well as switch to an electric-only mode for short durations. The Okavango, meanwhile, is a 7-seater MPV that features the same hybrid technology as the Azkarra.

What is a full hybrid? A full hybrid makes use of both the internal combustion engine and electric motor to drive the car. Depending on the usage and road conditions, the system may engage the engine, electric motor, or both at the same time. Thisi is called a parallel hybrid system.

For example, at low speeds, the electric motor may be sufficient to get you around town. Then, when you need to accelerate quickly, the gas engine may engage with the motor assisting. As you press the brake, energy is recaptured and goes back to the motor, so you never have to plug in to charge.

Toyota is one of the brands pioneering parallel hybrid technology. Some of the Japanese automaker's hybrid electric vehicles (HEVs) have been made available locally. The most recognizable is the Toyota Prius, which has been sold in Japan since 1997. Toyota Philippines also has the Corolla Altis and Corolla Cross in its hybrid lineup.

In addition, brands like Nissan and its e-POWER technology are bringing series hybrid technology to the forefront. Essentially a series hybrid system, e-POWER makes use of a gasoline engine to charge a small battery pack, which then powers an electric motor. This makes for a 100-percent all-electric drive that gives more torque and a relatively quieter ride.

What is a plug-in hybrid? A plug-in electric hybrid (PHEV) is a type of hybrid system that partly relies on external power sources in order to charge. This means that you can charge the vehicle through an electric power station or even in the comfort of your home.

In addition to external power, a PHEV can also charge through a generator powered by the gasoline engine. A plug-in hybrid allows for much of the same benefits as the other hybrid types, including improved efficiency and reduced fuel consumption.

Mitsubishi is all-in on plug-in hybrids, having released the Outlander PHEV around the globe, including the Philippines. The Outlander PHEV features a twin electric motor system that assists the 2.4-liter gasoline engine. The motors can provide the engine with a nice boost in power and torque, as well as switch to an electric-only driving mode.

The future of hybrids in the Philippines

While hybrids aren’t as widespread locally as in other countries, brands are recognizing the country’s need for more efficient and sustainable modes of transportation. We fully expect that over the coming years, more and more automakers will dare to release hybrid and even fully-electric vehicles in our market. As of now, there are a handful of hybrids available from brands such as Toyota, Geely, and Mitsubishi.