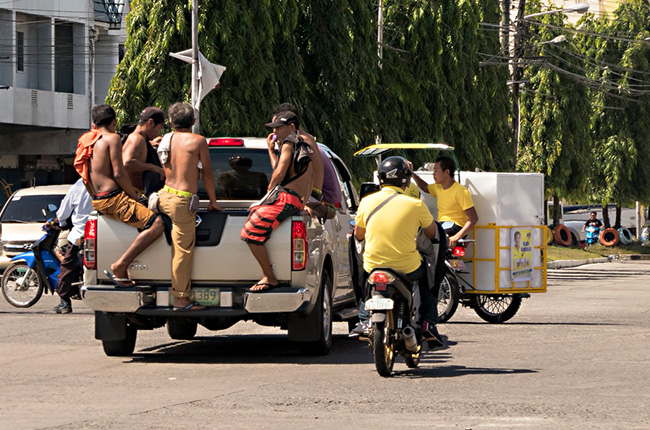 There are a few clips in movies and other forms of media that showcase people riding in the back of a pickup truck. The image evokes a sense of adventure and free-spiritedness, but the question of legality is also humming in the minds of many. “Is it illegal to ride in the bed of a pickup truck?”

Specifically, there are no laws in the Philippines that target people riding in the back of a pickup truck. There is, however, one mention in R.A. 4136 that may be relevant.

According to this section, the outside and rear end of any vehicle are a no go for any passenger, since it lies on the outside of the cabin where there are seats, belts, and hopefully side curtain airbags. So by this definition, it is illegal to ride on the back of a pickup truck, but some people may argue that it doesn’t specifically say so.

To silence the pilosopo commenter, here’s a little video. It is a crash test conducted in the United States for the North Carolina Governor’s Highway Safety Program.

The problem is the lack of tethers, and not to mention seats at the back of the truck. Also, note that you will be sitting on what is practically a crumple zone. Because manufacturers expect people to be sitting in the cabin, that’s where the strengthening happens.

So sit down in a proper seat, because not only will you be more comfortable on a bed of foam, the sun won’t beat down on you and cook your posterior on a bed of a truck that’s more or less a bed of coals in the blazing hot sun. Don’t get us started on when it rains.