The Nissan Terra, perhaps one of the best-riding SUVs in the industry today. It faces stiff competition – quite literally. Before it even existed, fans of Nissan pickups were clamoring for the Japanese brand to make an SUV because of their pleasant experiences.

While relatively young, the Terra’s rise to prominence is not one that is two-dimensional. While it has a short history, the model’s story is undoubtedly interesting. So without further adieu, here are a few Nissan Terra Facts. 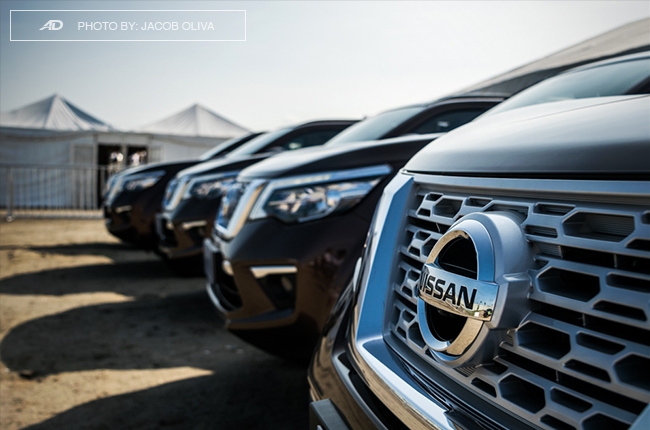 If you comb the Nissan archives, you will find that the Terra nameplate is still not old enough to apply for a license. With a launch in China back in 2018, one has to wonder what vehicle did Nissan have before the Terra?

Some say that the Navara was the predecessor, and they’d be right to some extent, but in reality, the pickup is a sibling rather than an actual ancestor. If we’re strictly talking about SUVs or crossovers in the Nissan lineup, then the predecessor to the Terra is the Nissan Pathfinder; specifically, the R51 series last manufactured in the year 2014. The SUV was Navara with 5 doors and a roof, whose formula still found its way into the Terra.

There is a five-seater variant Many Filipinos will be more enticed to buy a car knowing that they can bring the entire family out for lunch in one vehicle. Fitting seven people inside a midsize SUV will indeed be a deal-maker for prospective car-buyers here, but that’s not the case in other countries.

When the Terra was first launched in China back in 2018, the SUV was seen with only five seats. Turns out, when the Philippines got the model in May of the same year, we got seven seats as a standard feature. Not all countries adore diesel engines as the Philippines does. The more environmentally conscious will tell you that gasoline burns cleaner than diesel mills, and having a gasoline engine is an invitation for smoothness. A 2.5L engine with 180 hp and 251 Nm of torque get this SUV up to speed, but there are two more options in the lineup.

The Terra in the Philippines comes with a 2.5L diesel engine that comes with an output of 188 hp and 450 Nm of torque. The 2.3L twin-turbo diesel mill has the same numbers at its peaks, with the only difference being the peak torque figure can be had as early as 1,500 rpm in the twin-turbo variation.

Navara with a roof? Yes, it is a Navara with a roof. The current generation of the Navara is the D23 line of pickups. The Terra shares the same bones as this Navara. The D23 platform is also a designation that the Terra shares with the Navara.

If you’ve ever been in the interior of both vehicles, you’ll notice that many panels are similar between the two. Nissan added a few more features such as a high-powered version of its YD engine as standard, and two more seats outback. This is an oversimplification, but you’d have to really pay attention to spot all of the details.