With the subsequent increase in vehicle prices during the start of 2018, Filipino car buyers tend to consider prices more when shopping for cars. Well, not all, but most of us do. A car with a sub-one-million-peso price tag looks more attractive for middle-class vehicle shoppers, that’s why subcompact cars, with the likes of the Toyota Vios, Honda City, and Mitsubishi Mirage G4, among others, have been selling well in the local automotive market.

In fact, during the first quarter of 2018 alone, subcompact cars have been the most inquired segment in AutoDeal. The number of inquiries for this type of cars has increased by 3.75% from the last quarter of 2017. With that, it’s safe to say that price is the first thing that Filipinos look at when buying a car, and those with less of it are commonly discerned as the one that gives more value.

But, value has always been a misconstrued word – a product with less price doesn’t necessarily mean better value. Simply put, a hotel room that costs P3,000 a night sounds like a better deal than those that ask for P5,000 or more. In this case, if the latter gives you a better view of the city, maybe a jacuzzi in the veranda, and/or free breakfast buffet for two, on top of what the former offers, which one gives you more of what you paid for?

The idea is the same when buying cars, and more often than not, it's the set of safety features of brand new cars that suffer when people go for cheaper choices. Suffer, meaning, car buyers usually set aside the absence of these features when choosing a vehicle – all for a lower price tag. However, should that really be the case? In a study we did last year, car buyers tend to not look so much into a vehicle's safety and security features. Only 13% of 6,000,000 online vehicle shoppers from 2016 to 2017 looked into that category using Google's Event tracking data based on the split of attention within different categories on AutoDeal Car Guide. While the data extracted is somehow conclusive, car buyers should take note that this shouldn't be the case.

Needless to say, safety features are made to protect the vehicle occupants from danger in case of an accident. Some even exist to prevent accidents from happening. With the absence of these features, what will be the occupants’ protection against impending injuries or even death?

Some people may argue that you can prevent accidents by not getting into one, like driving carefully, obeying traffic rules, and checking your vehicle before long drives. But accidents do happen without prior notice, that’s why they're called accidents. Nobody, not even the greatest fortune teller, would be able to predict exactly when and where an unfortunate event will occur.

No matter what our budget constraints are, there are certain safety features that we should always look for in a vehicle’s spec sheet. Because life is priceless; and there isn’t any amount of savings that could replace our precious lives.

Your new car should have these

Anti-lock Braking System (ABS) is one of the most basic safety features that modern cars have. It’s a passive type, which means it’s always on and should work anytime when needed. As its name suggests, it prevents your tires from locking during an event of sudden hard braking because when your tires lock, you’ll skid and lose steering control, which could lead to serious danger.

ABS is essentially enough, but when partnered with Electronic Brake-Force Distribution (EBD), your braking power is increased while keeping vehicular control while braking. EBD works by distributing the braking power to each wheel, whenever necessary. 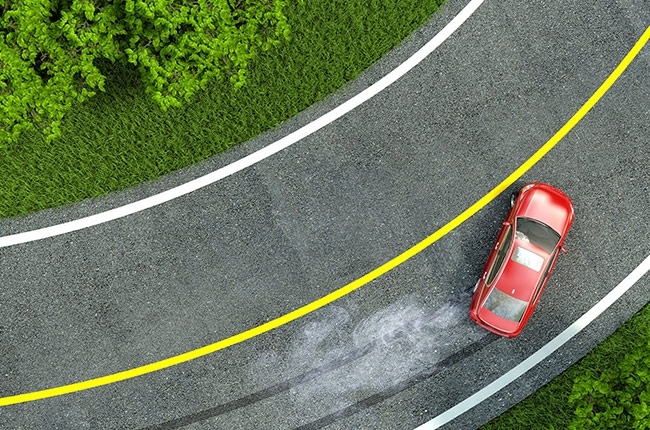 Another feature to look for is airbags. While almost every vehicle has a set of airbags (usually for the driver and front passenger), not all come with the additional side and curtain types. These don’t only protect those at the front, but also those seated at the rear. Because the life of each and every person inside the vehicle is just as important, more so if the passengers at the back are kids.

Speaking of kids, not every kid could be safely restrained by seatbelts. Smaller ones at around 4’9” and below would be defenseless against the impact brought about by seatbelts. With that, it’s safer for these kids to be in child seats while riding at the back. While the regular LATCH system (the one that uses the car’s seatbelts to secure the child seat in place) is enough, ISOFIX child seat systems are way better and stable as it uses metal anchors to put the seat in place.

Of course, brake lights are important, and every car should have a working one no matter how short the journey is. However, a third brake light or a high mount brake light is equally important as the normal type. Why? Trucks, buses, and other tall vehicles have a huge blind spot in front of them. In cases where they’re too close to your vehicle, these vehicles won’t be able to see your taillights, which could spell potential danger. Another thing that your brand new car should have is the Electronic Stability Control (ESC) system. This safety system is designed to detect loss of traction, especially during heavy rains when the road is wet. Once detected, ESC applies brakes as needed or even reduces engine power until control is regained. This safety feature is so important, the United States and Europe have made it mandatory for all new cars since 2012 and 2014, respectively.

Lastly, some cars in the market today don’t come with spare tires, but with a tire repair kit rather. While that could save you some weight (and space) in your vehicle, the absence of a reserve tire or wheel could be dangerous in the case of blown-up tires. Now, imagine having to deal with that with a tire repair kit in one hand and a cellphone with little-to-no coverage at all?

I can’t stress enough how important safety features are. Your life and your passengers’ lives, of course, depend on your car safety systems, no matter how cautious you are at driving. With such features in place, you’ll have more peace of mind on the road, which translates to a more satisfying journey as a vehicle owner.