Automotive technology has matured to a point where drivers can take their hands off the wheel and not have to worry so much about crashing.

However, there are a few things that you might not know about autonomous or self-driving cars. There are a lot of nuances to the technology, especially since there are many different pieces of equipment at play.

Related: Cars sold in the Philippines are getting smarter than ever

There are levels to autonomy On a scale of zero to five, autonomic features in cars can be as simple as driver assistance features that are always on but still require you to keep your hands, feet, and eyes engaged, then there is full automation, which treats the driver as a suggestion.

0. No Automation - This means that there are no assists present in the vehicle, meaning that the driver is fully in control.

2. Partial - The vehicle will have features like adaptive cruise control and lane-keep assist. The vehicle is able to accelerate and slow down but requires human input to turn and change lanes.

3. Conditional - Just like the classification suggests, the car must be able to perform driving tasks like parking or turning without driver intervention, but only does so conditionally. A form of this can be found with park assist features, but only slightly so. Following these criteria, there are only a handful of cars that can support this level of autonomy.

4. High - While other autonomic features hinge heavily on input from sensors, this level of autonomy has used context in order to drive, much like a human would. At this stage, geofencing is required, but human intervention is still an option.

5. Full - In this case, a driver is pretty much an option. Full automation is extremely rare and the vehicle coordinates and drives under its own programming.

Cars are more autonomous than you think Just because there are nameplates out there known for their autonomous driving features, it is simple to ignore the fact that most cars are already at a level that is quite automatic already. From something as simple as cruise control all the way to park assist, the features found in most mainstream cars are pretty amazing now compared to before.

It is important to note that cars are now more autonomous than we think. Cars like the Geely Coolray and the Ford Territory both are affordable but they have high-functioning features like park assist. On top of that, a lot of the top-of-the-line offerings in the market like the Toyota Fortuner, and Corolla Cross to name a few come with the Toyota Safety Sense suite of features that allow for partial autonomic driving. 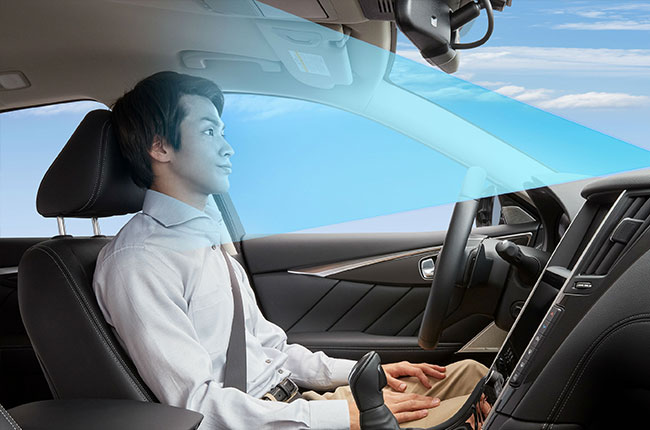 The problem that many people are having with autonomous cars is the higher moral functions. After all, cars are machines, and they’re designed to drive within their program and parameters. However, if there is input that is outside of their programming like a moral decision similar to the trolley problem the wherein a moral decision to end a life is put into question.

It takes a huge team to make an autonomous driving feature

On top of the team that designs and creates the cars, you also have a team dedicated to the autonomous driving feature. Because roads are always changing, it pays to have a dedicated team that knows the lay of the land to conduct geofencing and update the car’s parameters for smooth operation.

Part of the process is actually similar to how map makers on Waze do their contributions, but it goes deeper than that. Tesla engineers also have designed their own chipsets and program them from the ground up because the technology is so new. Plus, without updates, the cars will quickly become obsolete. In other words, it’s a very tedious process.

While all of these mentions are pretty interesting, it’s even more interesting to experience these features for yourself on a test drive or in your own car. Of course, it’s best to do the discovery on your own without endangering the lives of others.